Q: What is the difference between “Confederate money” and “Southern States currency”?

A: “Confederate money” is considered to be that issued under the specific authorization of the Confederate States of America, with the first notes being issued in Montgomery and Richmond in early 1861, an authorized circulation limit of $1 million authorized by an Act of March 9, 1861, passed by the Confederate Congress. The seventh issue dated February 17, 1864, was the last, the authorization being for unlimited quantities, which likely amounted to about a billion dollars. It has been estimated that perhaps as much as $2.5 billion in currency was circulated in support of the Confederacy, including Confederate currency, along with state and local bank issues. “Southern States currency” is generally considered to be those notes issued under state authorization as early as 1815 in North Carolina, but largely during the Civil War conflict and the reconstruction period that followed, the latest being war claim certificates of Missouri dated May 19, 1871, very rare interest-bearing notes of Arkansas variously hand dated from 1871 to 1875, and Bank of Tennessee obligation “substitution notes” dated 1883 and 1885, some 10 years following the end of the Reconstruction in 1874. 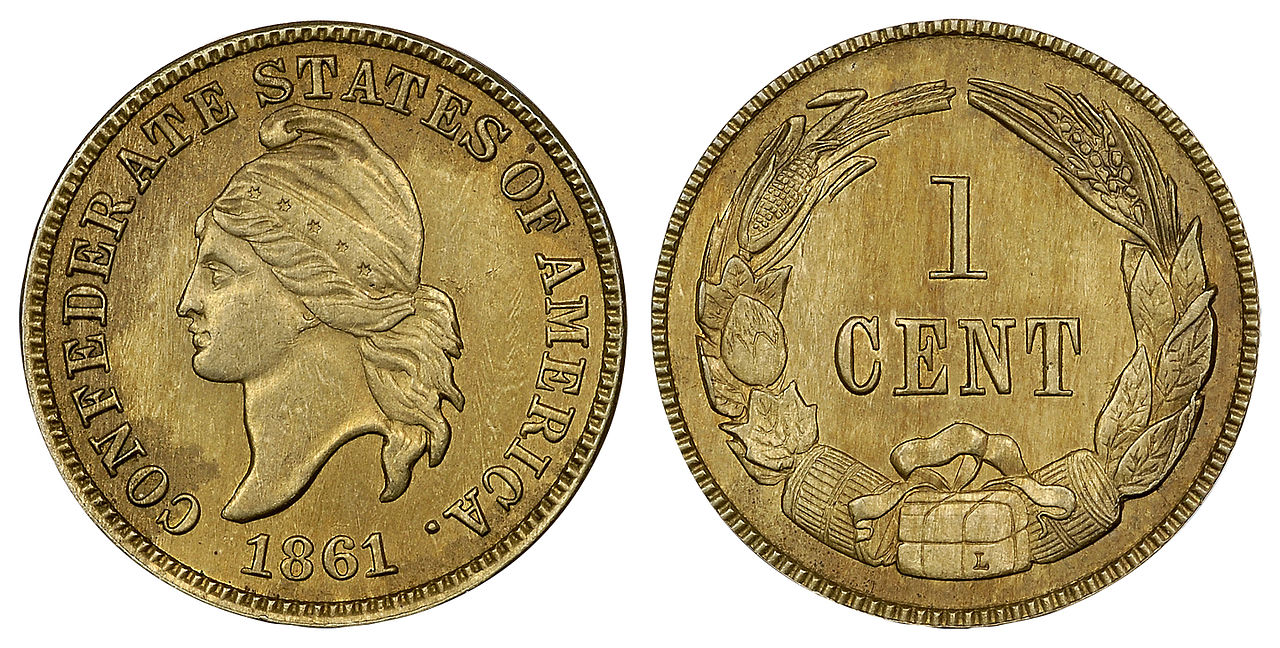 1861 1C original CSA cent. This specimen is just one of 14 examples known to exist.

Q: Can money issued by the Confederate States of America be redeemed for current money?

A: Redemption is specifically forbidden by Section 4 of the 14th Amendment to the Constitution, proposed in 1866 and ratified in 1868, which provides: “Neither the United States nor any State shall assume or pay any debt or obligation incurred in aid of insurrection or rebellion against the United States, or any claim for the loss or emancipation of any slave; but all such debts, obligations, and claims shall be held illegal and void.”