The Bank of England hosted an event this morning to launch their campaign which seeks to choose the next personality to be included on the reverse of the £20 banknote denomination. Held at London’s famed Victoria & Albert Museum, the launch was hosted by Bank of England Governor Mark Carney and also attended by the Bank’s Chief Cashier Victoria Cleland, who took the opportunity to announce three new members of the Banknote Character Advisory Committee (BCAC) and to highlight the category of visual arts which was added as a category on advice of the BCAC in December 2013 and which has been chosen for this particular denomination. The present BCAC consists of five members including Ms. Cleland and has been increased to eight members. 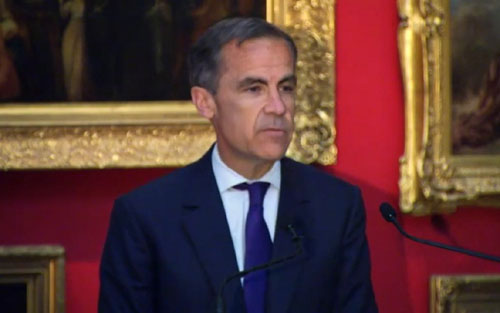 The inclusion of British personalities who have made their contribution to history or events has been part of Bank of England banknotes since 1970 when the Duke of Wellington was portrayed on the reverse side of the £5 note. A succession of notable figures have been included since then, most recently, the announcement of Sir Winston Churchill who will be portrayed on the reverse of the next £5 note which is scheduled to be issued next year and that of Jane Austen who will be included on the next £10 note in 2017. It was also announced that in conjunction with the design and production of these two new banknotes, that they will be printed on polymer, the first time the Bank of England will utilize this substrate, though no announcement was made today on whether the new £20 note will also be printed on polymer. The current £20 banknote which features an image of Adam Smith (1723 – 1790) the 18th century economist was introduced in 2007 and was the first of the “F” series – followed by the current £50 note which was the first Bank of England note to include two personalities on the reverse, Matthew Boulton (1728 – 1809) and James Watt (1736 – 1819) two prominent industrialists / inventors. 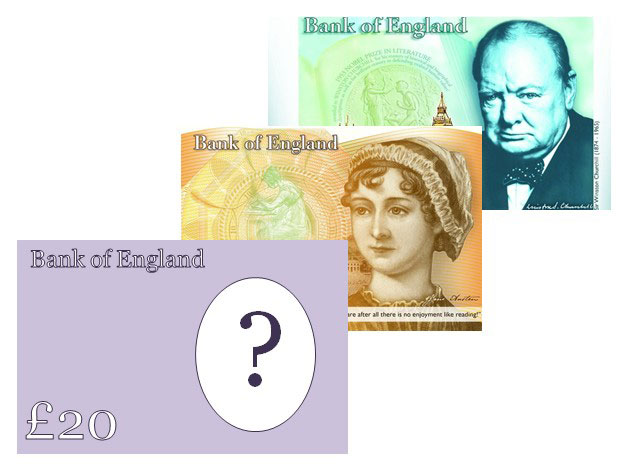 During the event, Governor Carney described the time-frame in which the British public will be able to place their vote for their favorite personality. The public will have a two-month period to make their preference known for the proposed note from today until the 19th July 2015. The Bank of England is expected to make the decision & announcement of who has been chosen after this public consultancy and the candidates are short-listed, by the spring of 2016 after which the new £20 note is expected to be released into circulation within a three to five year period.

The public is also reminded that the Bank of England will not represent living characters on its notes, with the exception of the Monarch. Banknotes are designed to be easy to authenticate and difficult to counterfeit and for this reason the Bank will choose only characters for which it is confident that it can include a recognizable and usable representation within a banknote design. For more information on this and other guidelines for Bank of England banknotes, please visit the website of the Bank of England at: http://www.bankofengland.co.uk/banknotes/Pages/default.aspx