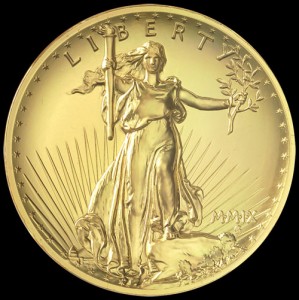 Last year the United States Mint released one of their most anticipated products in years, the 2009 Ultra High Relief Double Eagle Gold Coin. The coin is a digitally reproduced version of Saint-Gaudens’ original 1907 ultra high relief $20 gold piece, which is viewed as one of the nation’s most beautiful coins ever minted.

The Ultra High Relief Double Eagles were available for sale directly from the United States Mint from January 22, 2009 to December 31, 2009. During this period, the Mint recorded sales of 115,178 coins.

With US Mint sales officially ended, a robust secondary market exists for the coins. While coins graded PCGS or NGC MS70 are commanding solid premiums above the price of raw coins, the biggest premiums are being paid for coins which have received the “PL” designation from NGC, signifying proof like surfaces.

NGC’s online census indicates that out of the 9,585 coins submitted for standard grading, there were 1,098 that received the Proof Like “PL” designation. Of this amount, 600 received the highest grade of NGC MS 70 PL.

With such large premiums attached to proof like coins, many collectors have been seeking more information on the specific characteristics of PL coins and how to identify them. Bob and Rich Lecce of Robert B. Lecce Numismatist Inc. (http://rareusgold.com) were willing to lend their expertise.

Can you describe the appearance and surfaces of 2009 Ultra High Relief Double Eagle Gold Coins that have received NGC’s “PL” designation?

Robert B. Lecce: A PL coin has a definite Proof Like and Shinny Mirror Surface on ALL of the Obverse and Reverse of the coin. The only difference from the UHR PL coins and other Modern Proof coins is that the UHR PL coins do NOT exhibit the Cameo Contrast that is evident on standard Modern Proof Coins. In our opinion they fit the standards of Proof in all other aspects. Once you have seen a PL and a NON PL UHR side by side the difference becomes more obvious. A NON Proof Like coin has a satin matte like surface not unlike a standard MS or burnished modern coin.

The problem lies in that there is a wide range of “in between” surfaces. They range from almost PL to very slight faint hints of PL. There are also coins that are PL on the Obverse but not on the reverse. From our experience a UHR is much more likely to have a PL Obverse and NON PL reverse. It seems to me that the definitive distinction of a PL coin is a coin that has FULL PL surfaces on Obverse and Reverse including and MOST importantly in between the rays on the reverse of the coin. That is the most likely part of the coin to lack the true PL surface. 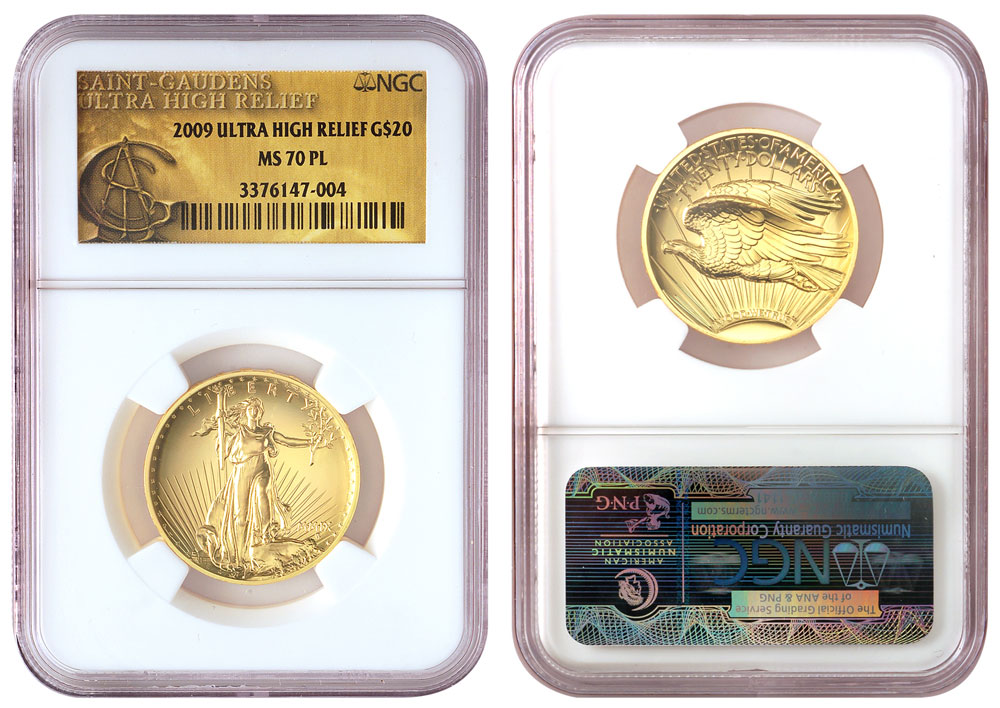 Do you have an estimate of the proportion of all UHR Double Eagles that would qualify as proof like?

Robert B. Lecce: It is very hard to say. You can have a group of coin that have a much higher chance of PL and another group of coins that would have no chance of a PL grade. We have had groups of 100 and received 10 PL’s! and then we have had a group of 1000 with Zero PL’s. These were all Fresh coins not sorted. I can tell you from someone that has probably bought and sold more of these than anyone that the overall percentage of PL’s is very, very low. The best estimate I think would be the NGC population report which shows 10,603 Ultra High Relief’s graded total. Of those 1,116 have been graded PL. That is roughly about 10.5%. That percentage seems a little high to me. I do not believe that 10% of the coins that I have sent in graded PL. I think I would be very happy if my percentage of PL’s were 3% to 4%. But, the numbers at NGC do not lie.

Was there any period of time when more PL coins seem to have been released by the US Mint? Collector awareness of the distinction doesn’t seem to have developed until after the early release period.

Robert B. Lecce: I can say the there have been PL coins made from the very beginning. I remember because when I received my own personal coins for my collection I noticed the difference in surface. I even went through the coins that we began to purchase from other dealers and separated the two different types. This was before we were aware that coins were going to be called PL’s. At the time I did not know which would be more desirable so I put some of each into my collection. These were the very first ones that came out from the mint.

I believe that the PL coins are very early struck coins on newly prepared dies. I believe the High Relief of the coin requires the changing of the dies at specific intervals which affect how often a PL strike is possible. I also believe that the metal flow from the High Relief dies cause the early struck coins to have a PL Surface. Since the Obverse and Reverse dies may have been changed at different periods that could explain the coins that have a PL Obverse and NON PL reverse. Please note this is all conjecture and my opinion. I do not have any empirical evidence behind it. I am sure there or other people that are much more educated in the minting process that might have other opinions on that.

Photos for this post are courtesy of Robert B. Lecce Numismatist Inc. (http://rareusgold.com)