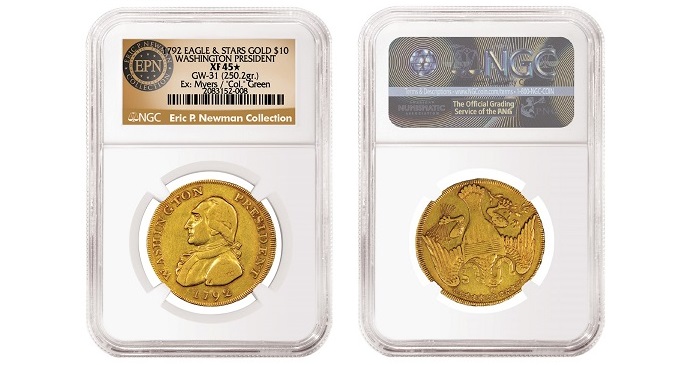 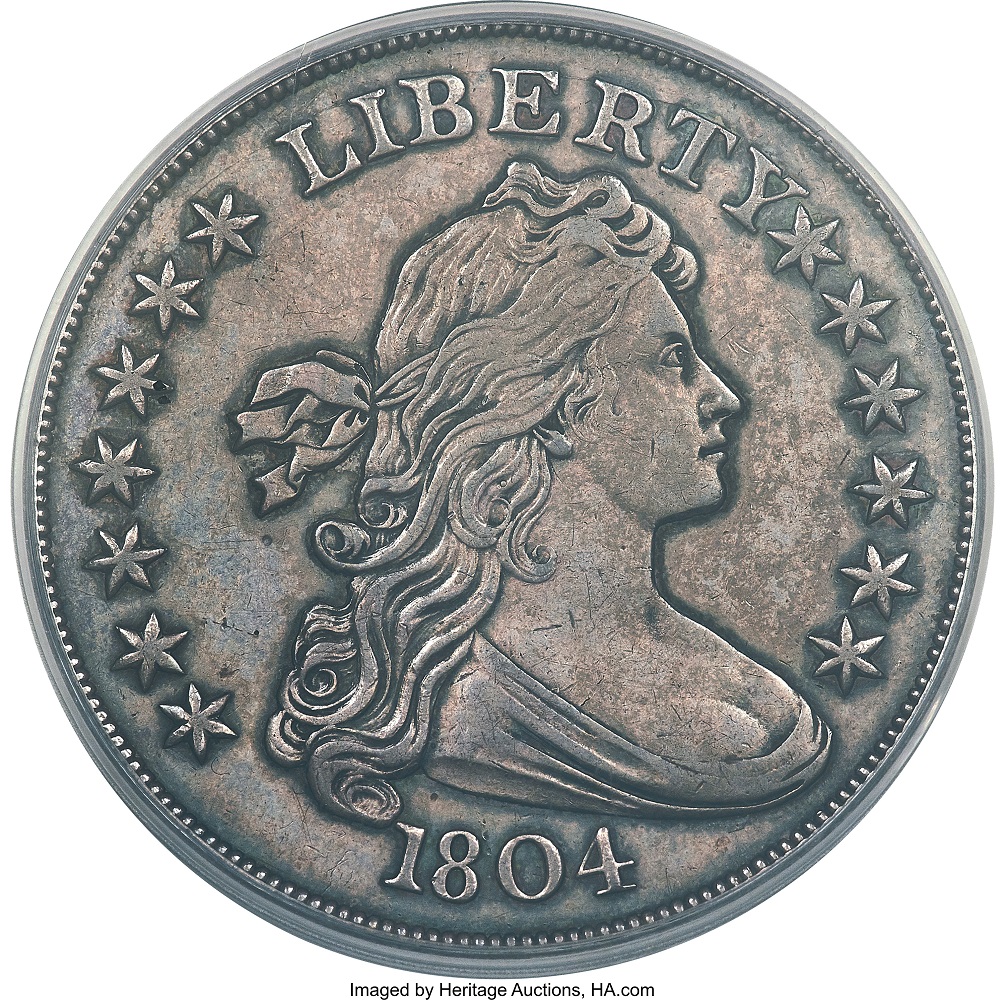 The collection featured a connoisseur selection of 22 U.S. types. Its top lot was the storied Mickley-Hawn-Queller specimen of the 1804 dollar. The class I “original” example of the “King of American Coins” was graded PR-62 and realized $2.64 million. A 1793 Chain cent, graded MS-65 Brown and pedigreed to the famed Eliasberg collection, sold for $990,000. 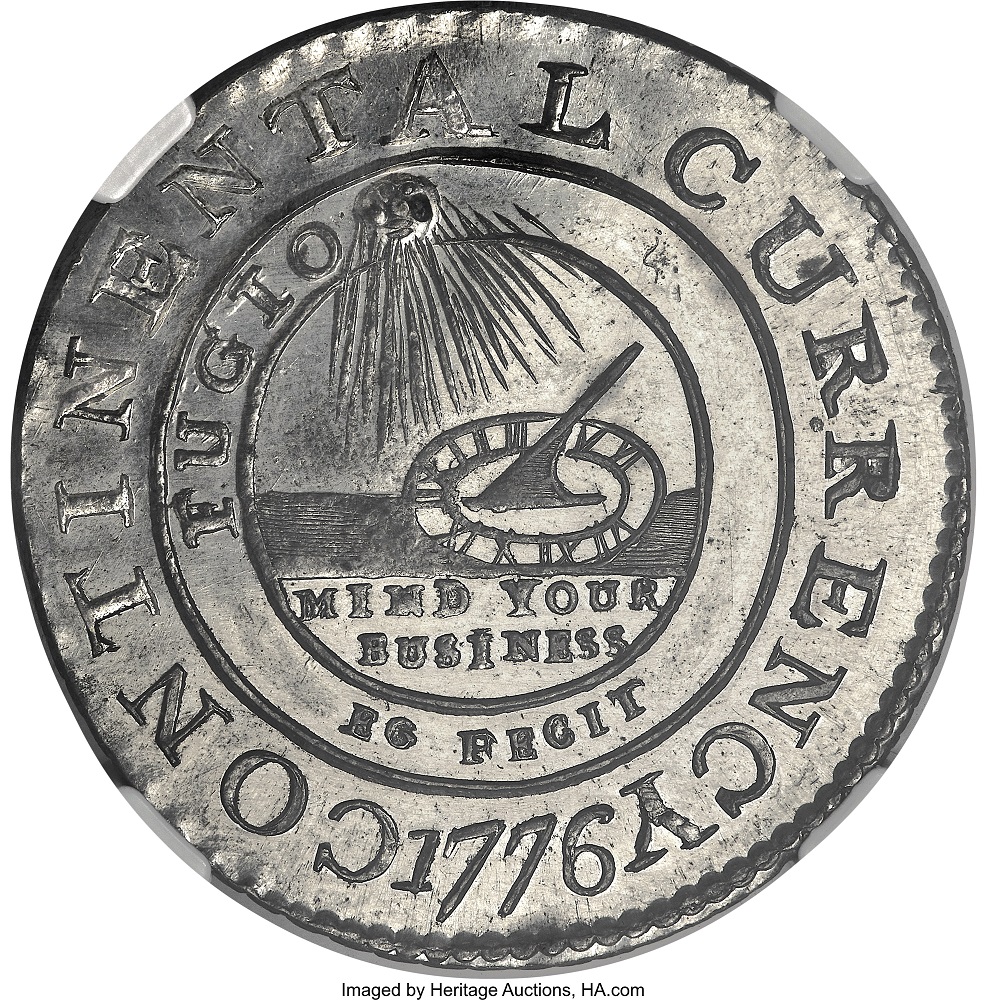 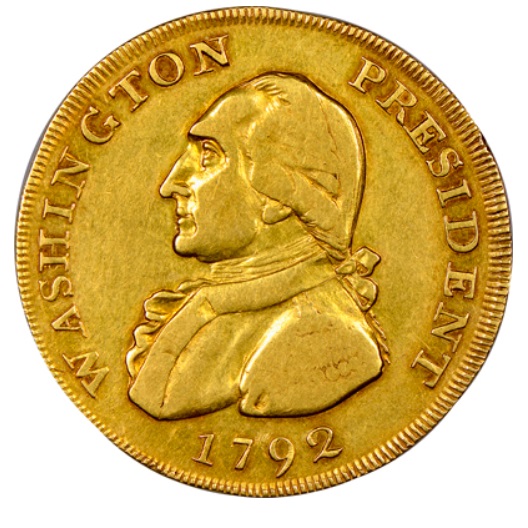 The Long Beach Expo made history when the one-of-a-kind gold coin believed to have once been a cherished memento of U.S. President George Washington made its first public pre-auction showing since 1890 when Heritage put it on display June 14. In both 1875 and 1890, the only years in which it went to public auction, the gold coin was described as likely struck for Washington and carried by him. In 1933, “Col.” E.H.R. Green, son of the “Witch of Wall Street,” Hetty Green, purchased it privately for more than $2,500, a huge sum in his day. Eric P. Newman acquired the coin in 1942, and it has not changed hands since.


In addition to Los Angeles, the 1792 Washington President Gold Eagle coin will also be displayed in New York and Chicago, and finally in Philadelphia, where it will be auctioned on August 16 by Heritage Auctions during the American Numismatic Association’s annual World’s Fair of Money Convention. 100 percent of the net proceeds will benefit charitable causes. 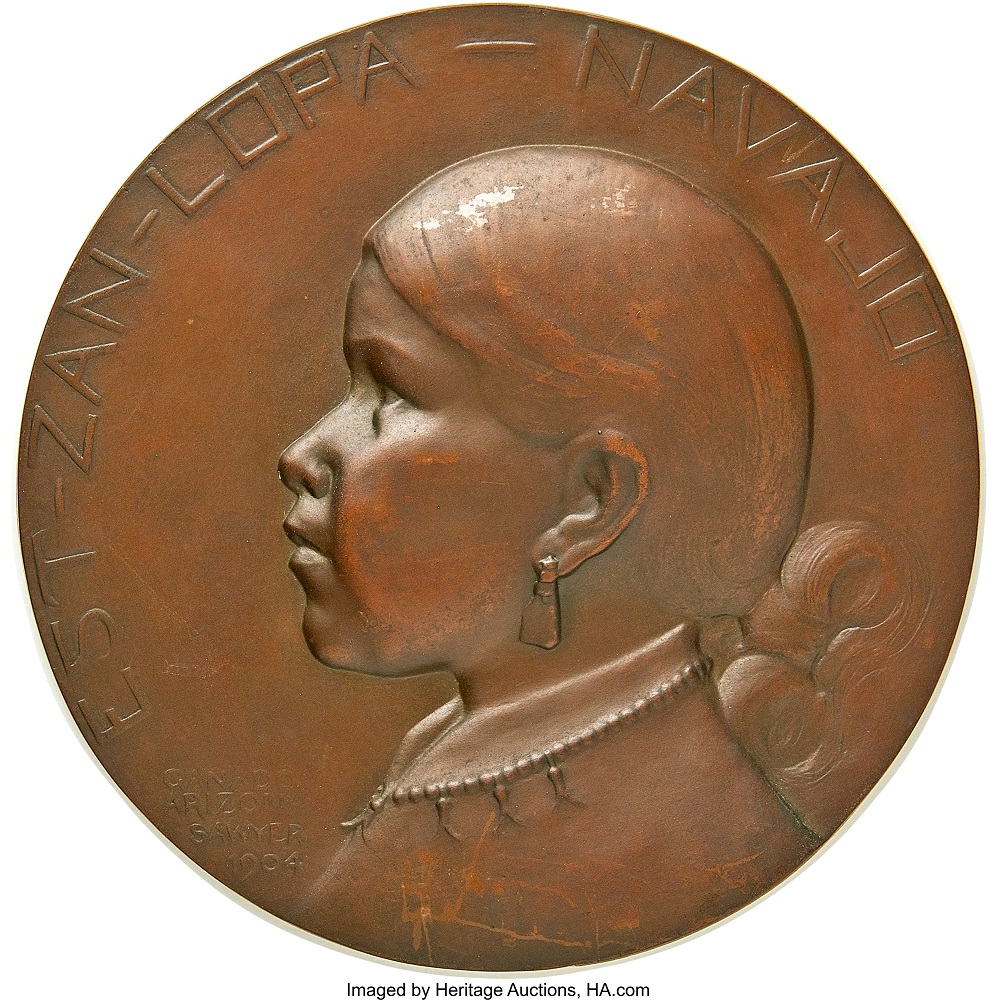 A group of 18 Native American portrait galvanos, considered among artist Edward Warren Sawyer’s finest artistic and historic contributions to medallic art, sold for a combined $64,560. Highlights from the group include a 1904 portrait of Est-Zan-Lopa, a young Navajo girl whom Sawyer described as “a little girl blanket weaver” and a 1912 depiction of Ech-Spa-Di-E-Ash, a medicine man of the Crow Tribe. Each bronze galvano sold for $7,800 each.

Additional highlights from the week include: 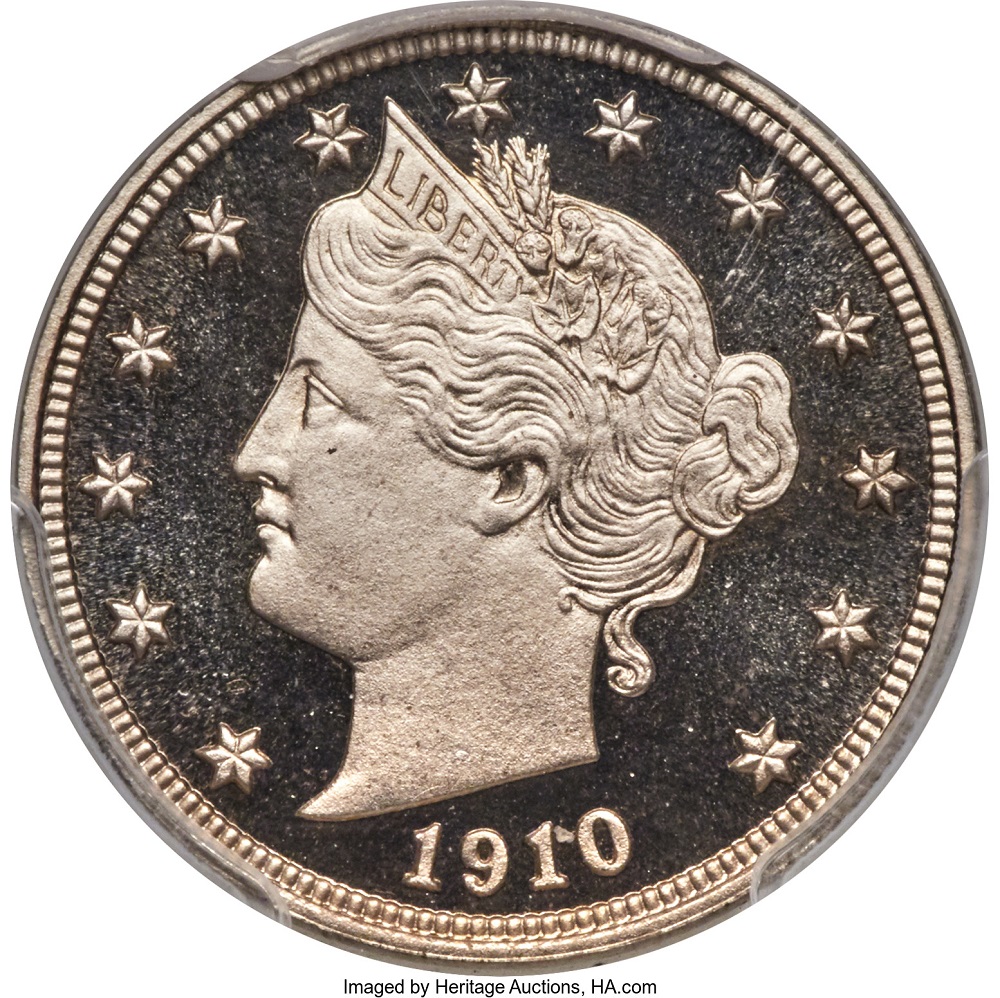 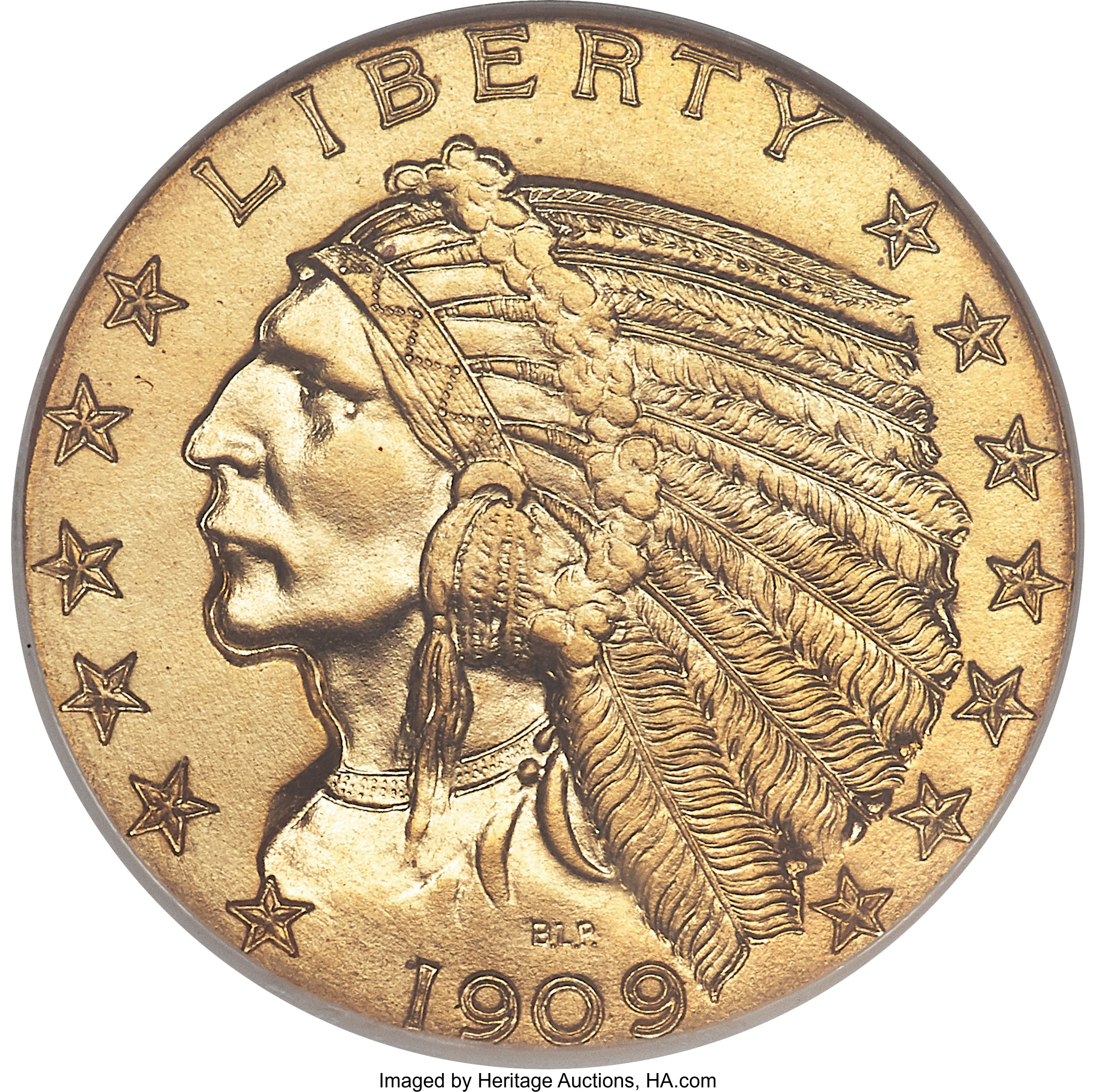 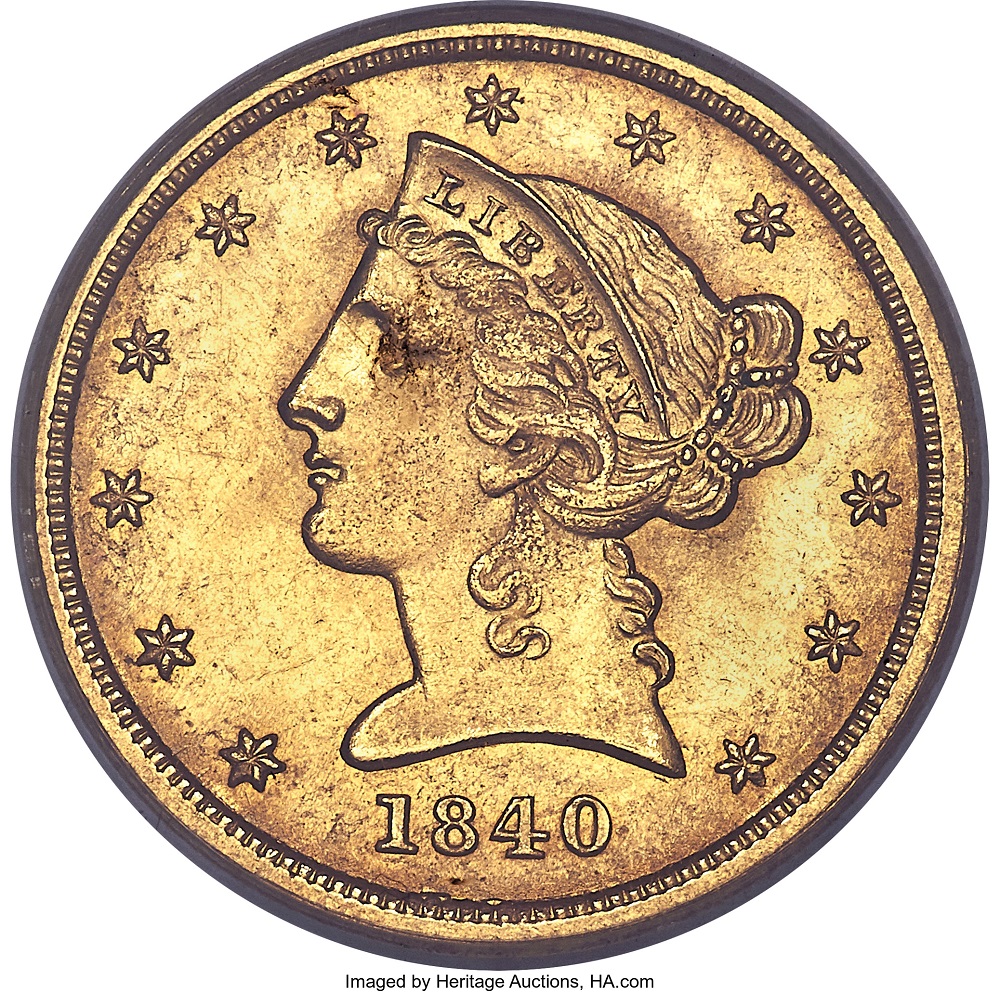