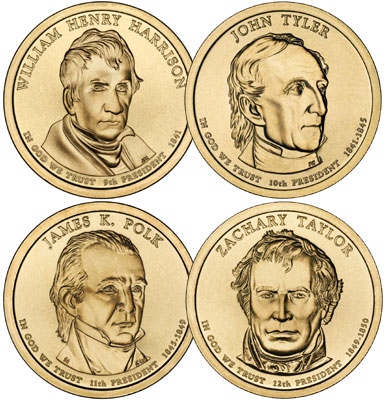 The mintages for each release are presented below. In each case, the figures represent the number of circulating coins produced by the United States Mint at the Philadelphia and Denver facilities. This includes coins sold through the numismatic bags and rolls program.

The basic trend throughout the series has been for lower mintages with each subsequent release. This trend has been interrupted twice with minor mintage increases for the Andrew Jackson Dollar and this year’s James K. Polk Dollar.