Production levels for the 2012 releases should see a significant decline from the levels seen during the first five years of the series. In December, Vice President Biden and Treasury Secretary Timothy Geithner announced an immediate suspension of the production of Presidential Dollars for circulation.

During 2011, production for each of the four designs had ranged from 72.66 million to 76.02 million. The coins were distributed to circulation channels through Federal Reserve Banks, which made each design available to depository institutions in unmixed quantities during an introductory period. Going forward, the Reserve Banks will fulfill $1 coin orders from depository institutions from the 1.4 billion excess $1 coins in inventory.

The 2012 Presidential Dollars will only be produced in the limited quantities necessary to meet demand from collectors. The coins are expected to be made available for purchase directly from the United States Mint, with prices and shipping set at a level to ensure they do not result in a cost to taxpayers. Last year, the US Mint had offered 25-coin rolls of each Presidential Dollar, priced at $39.95 each.

Update: The US Mint has announced expanded offerings and reduced prices for 2012 Presidential Dollar products. 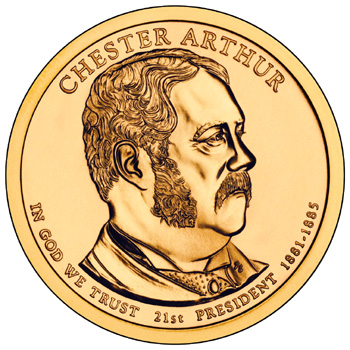 The obverse portrait for the Chester Arthur Presidential Dollar was designed and sculpted by Don Everhart. Chester Arthur served as the 21st President from 1881 to 1885. 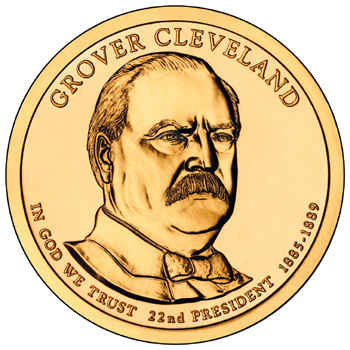 The obverse design for the first Grover Cleveland Presidential Dollar was also designed and sculpted by Don Everhart. The inscriptions include “22nd President” and the dates of the term “1885-1889”. 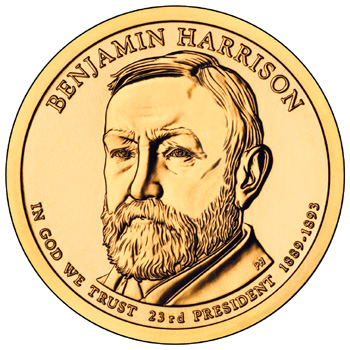 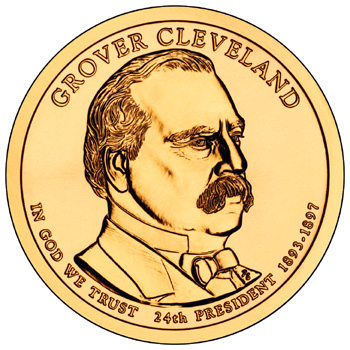 The fourth coin release once again features Grover Cleveland, who served as the 24th President from 1893 to 1897. Two coins are issued for Cleveland since he served as President during two non-consecutive terms. The design for the second term coin is designed and sculpted by Don Everhart.

A portrait of the Statue of Liberty designed by Don Everhart will appear on the reverse for each of the four different coins. This same reverse design has been used since the start of the series in 2007. Incuse edge lettering on each coin includes the date, mint mark, and motto “E Pluribus Unum”.