All told, one-ounce Silver Eagles have sold 37,461,500 pieces this year. We are 92% of the way through 2016 with five weeks to go. Sales for these issues are at 80% of last year’s total of 47 million ounces. To reach that total, Silver Eagle sales for 2016 would need to average more than 1.9 million per week for the rest of the year. This is highly unlikely, given the steady slowdown in sales. Another potential factor is the Mint’s official announcement today that it is no longer striking 2016-dated ASEs or American Gold Buffalo bullion coins and will shortly be taking pre-orders for their 2017-dated equivalents. The Mint’s supply of 2016 ASEs may not even cover the 9,54 million coins needed to equal last year’s total.

The figures for Fort Moultrie (Fort Sumter National Monument) and Theodore Roosevelt National Park 5-ounce silver bullion coins were both adjusted downward (by 2,000 and 3,000, respectively) during this period. Total figures for each America the Beautiful type are as follows:

The value of an ounce of silver is down just a hair from this time last week, having dropped by $0.11 an ounce to $16.67. Silver’s average last week, Monday through Friday, was $16.56 per ounce, down from the previous week’s average of $16.94. (Charts of the six-week averages for all precious metals are located at the bottom of the page.)

Bullion issues are sold by the U.S. Mint to a network of authorized buyers, who then make the coins available to the public. This year marks the 30th anniversary of American Eagle bullion coins, which were introduced in 1986.   ❑ 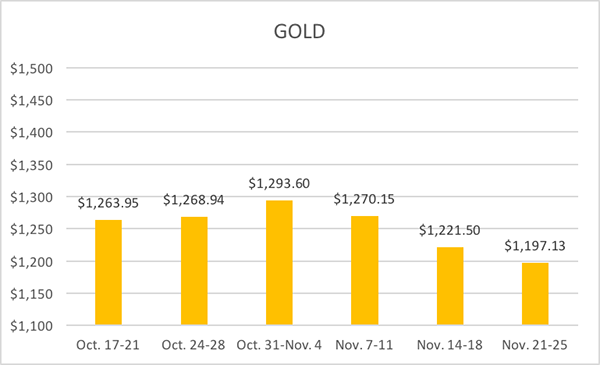 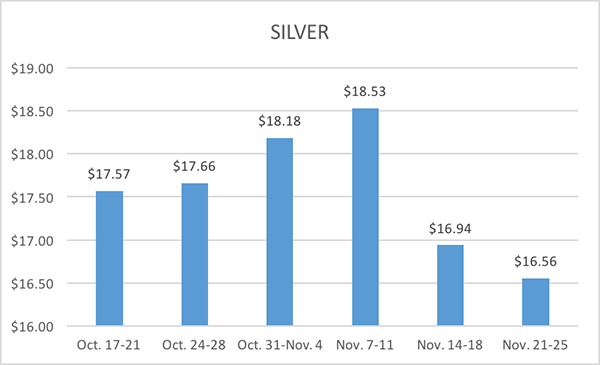 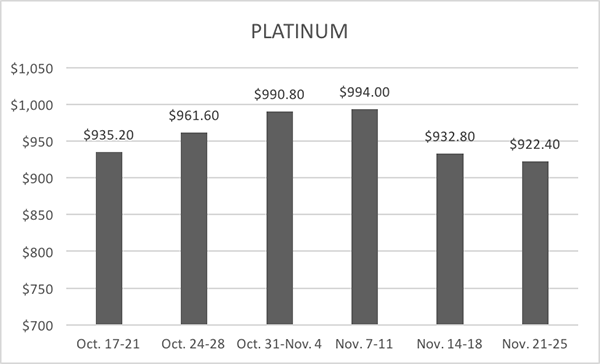 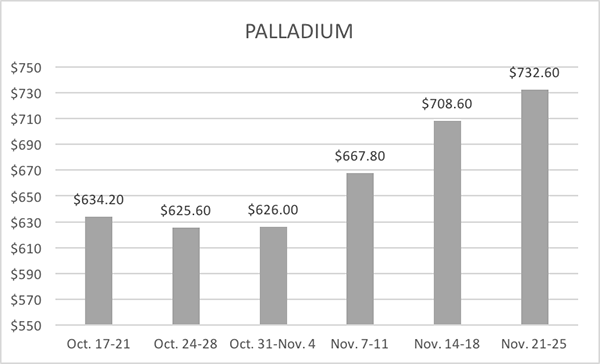