This report was revised on November 23 at 10:30 a.m. to incorporate overnight revisions to the Mint’s report, and to correct any existing errors. Revised or added text is in red. LBMA bullion prices were left as they were as of the time of the original blog post.

The value of an ounce of silver is down just a hair from this time last week, having dropped by $0.24 an ounce to $16.76. Silver’s average last week, Monday through Friday, was $16.94 per ounce, down from the previous week’s average of $18.53. (Charts of the six-week averages for all precious metals are located at the bottom of the page.)


American Eagle gold bullion coin sales have reached a total of 904,500 ounces across 1-ounce, 1/2-ounce, 1/4-ounce, and 1/10-ounce options. Last week saw 30,500 ounces of bullion Gold Eagles sold, down from 37,500 ounces sold the previous week; in addition, the number of 1/10-ounce Gold Eagles sold in September was adjusted upward by 5,000 coins, adding an additional 500 ounces to the year-to-date total.

Bullion issues are sold by the U.S. Mint to a network of authorized buyers, who then make the coins available to the public. This year marks the 30th anniversary of American Eagle bullion coins, which were introduced in 1986.  ❑ 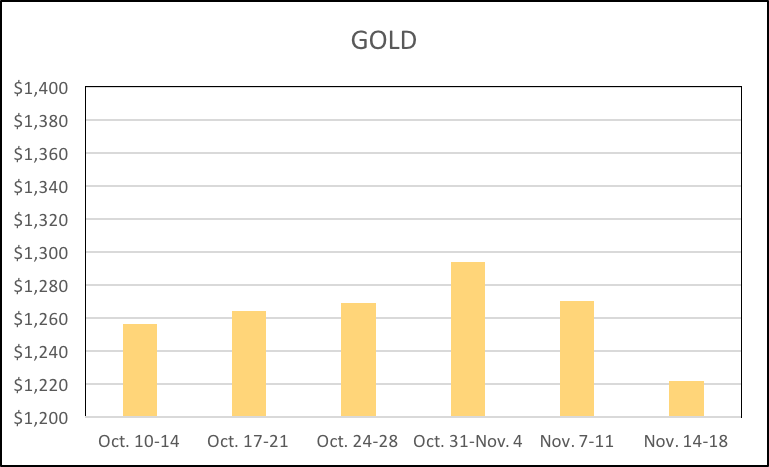 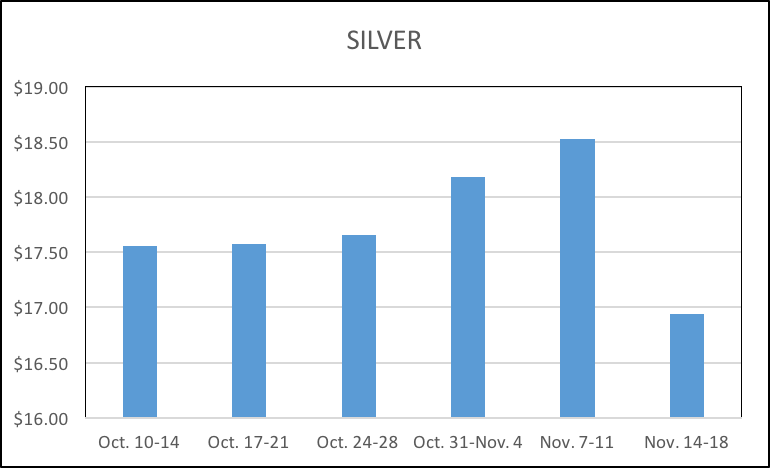 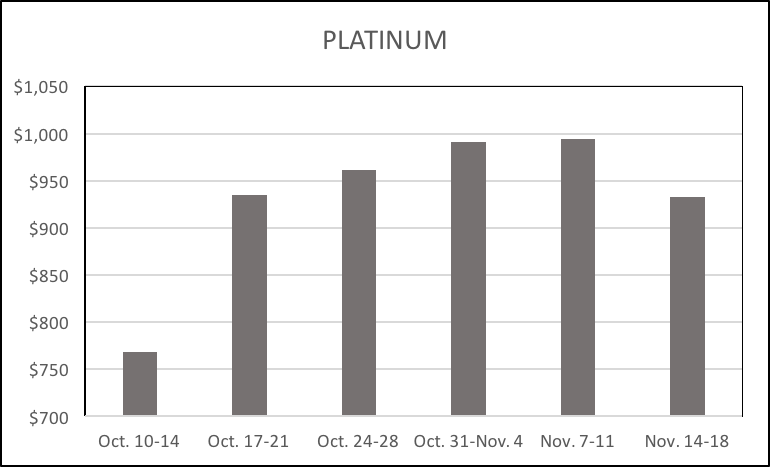 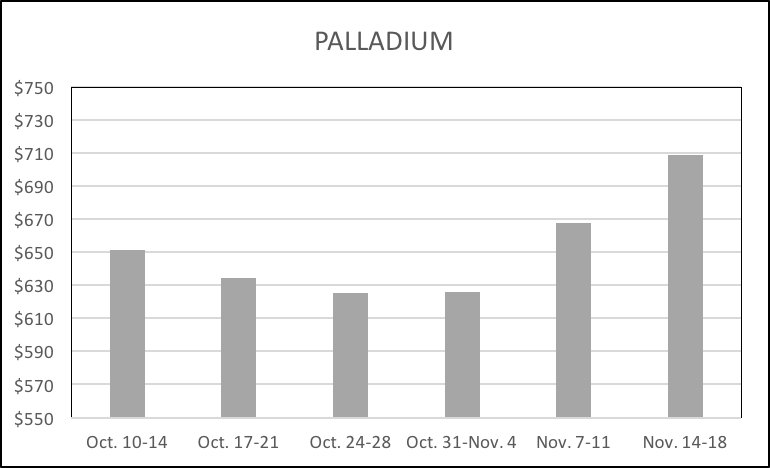