Last week, the U.S. Mint’s authorized purchasers (APs) bought 150,000 American Eagle silver bullion coins, down from 900,000 pieces sold during the previous period. Even with that drop, sales of ASE coins for the month of October (Mint reporting period 10/3–10/30) totaled 3,825,000 pieces—well up from the monthly totals for July through September, which averaged around 1.5 million each.

So far this year, one-ounce Silver Eagles have sold 34,400,500 pieces. We are currently 84% of the way through 2016, and sales for these issues are at 73% of last year’s total of 47 million ounces. To have a chance of approaching that total, Silver Eagle sales for 2016 would need to average around 1.4 million each week for the remaining 9 weeks of the year. Sales at that level seem highly unlikely, but next week’s election could have a significant effect.

The value of an ounce of silver increased just a bit from this time last week; it’s up by 33 cents an ounce, to $18.24. Last week’s average for silver was $17.66 per ounce, up from the previous week’s average of $17.57. (Charts of the six-week averages for all precious metals—a new feature of Coin Update’s precious metals report—are located at the bottom of the page.)

American Eagle gold bullion coin sales have reached a total of 808,000 ounces across 1-ounce, 1/2-ounce, 1/4-ounce, and 1/10-ounce options. Last week saw 116,000 ounces of bullion Gold Eagles sold, up from 28,500 ounces sold the previous week. (These figures do not include 1/4-ounce AGE sales, which show no change on the current report. Presumably at least a few were sold; over the past month, roughly 4,000 to 6,000 quarter-ounce coins have sold each week.)

Curiously, the Mint is reporting a few figures for October 31–November 1, ahead of the normal weekly reporting pattern: 220,000 Silver Eagles, 1,000 one-ounce Gold Eagles, and 1,000 Gold Buffalo coins. These figures are not included with the weekly totals in this post.

Bullion issues are sold by the U.S. Mint to a network of authorized buyers, who then make the coins available to the public. This year marks the 30th anniversary of American Eagle bullion coins, which were introduced in 1986. 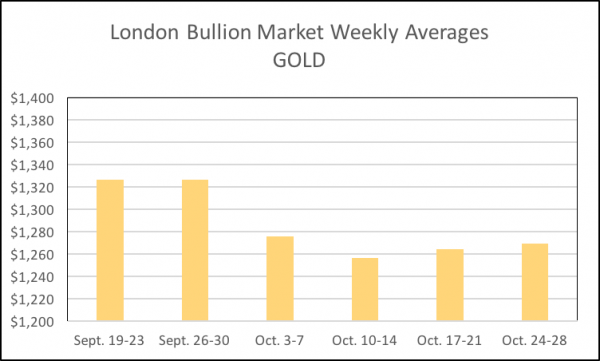 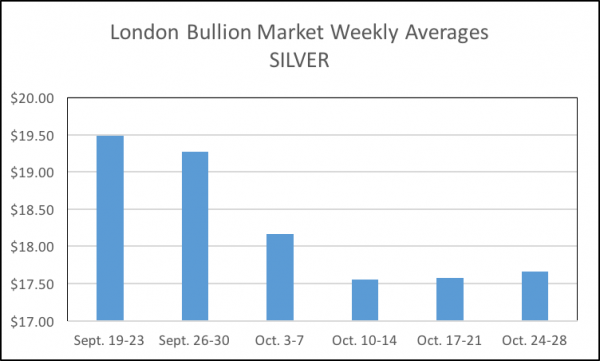 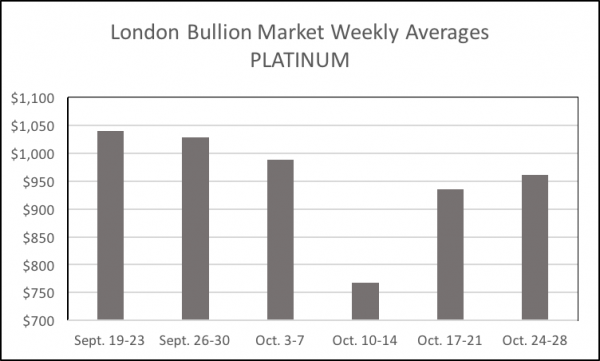 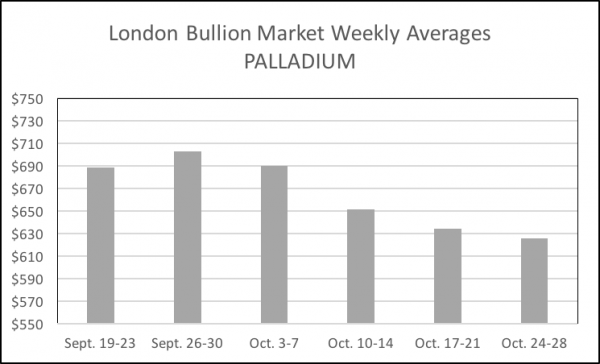