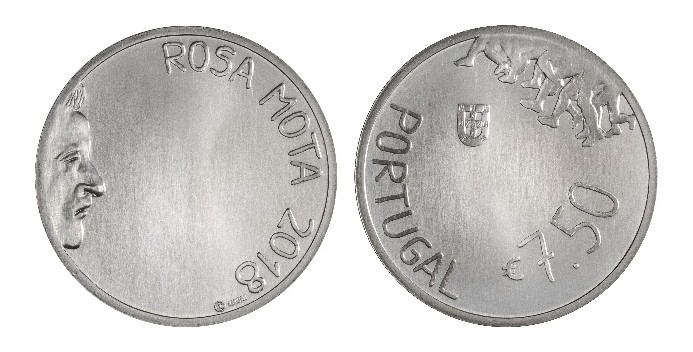 The Imprensa Nacional-Casa da Moeda (INCM) has launched (20th June) their latest coins which are part of their annual series saluting Portuguese sports figures. Continuing the series Ídolos do Desporto (Heroes of Sport), this year the INCM releases a coin designed by the sculptor João Cutileiro that is dedicated to the athlete Rosa Mota, an Olympic and world champion who has gained notoriety in one of the most emblematic disciplines of athletics — the marathon.

Rosa Mota (born June 1958) has remained in the record books of world athletics by running in and winning the first official female marathon in 1982 in Greece. She performed in the original course completed by Fidípedes, between Athens and Marathon, in 490 B.C. With this single, but significant effort, she put an end to the belief that some could not run distances greater than 3,000 meters. With an enviable track record, including the bronze medal at the Los Angeles Olympics in 1984, the gold medal at the Seoul Olympics in 1988, and a World Championship in Rome in 1987, “our Rosinha,” as many Portuguese affectionately refer to her, continues to be a source of pride and admiration for many generations to come. The collector coins are being released for her 60th birthday. 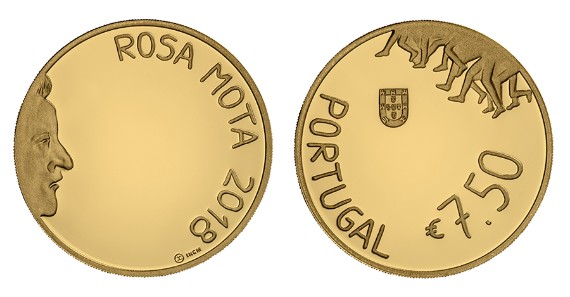 The coin is designed by renowned sculptor, João Cutileiro, and includes a profile of Mota almost emerging from the left side of the coin. The broad text ROSA MOTA 2018 is placed around the right edge of the coin with a clear field dominating the centre of the coin’s overall design. The theme on the obverse is replicated slightly on the reverse with a depiction of the legs of marathon runners emerging from the upper right portion of the coin with the broad text PORTUGAL and the denomination of €7.50 placed around the lower half of the coin’s edge. A small Portuguese crest is positioned just to the left of the collection of running legs.

The gold and silver Proof strikes are encapsulated and presented in a custom-branded INCM case and are accompanied by a certificate of authenticity. For additional information on these and other coins available from the Imprensa Nacional–Casa da Moeda, please visit their website.