The Impresa Nacional — Casa da Moeda (INCM) have launched (12th April) their latest inclusions in the current and ongoing Europa series of numismatic tributes to the Ages of Europe, reflecting some of the most important European artistic movements. This year the theme is that of the Baroque Era with coin designs highlighting the styles prevalent during this time. The Baroque era was an artistic style distinguished by splendor and exuberance which enjoyed its peak during the 17th and 18th centuries. Distinguished by ornate and sumptuous styles of architecture, art, and even music, this quintessentially European mode followed the Renaissance style and was preceded by the Neo-classical style. 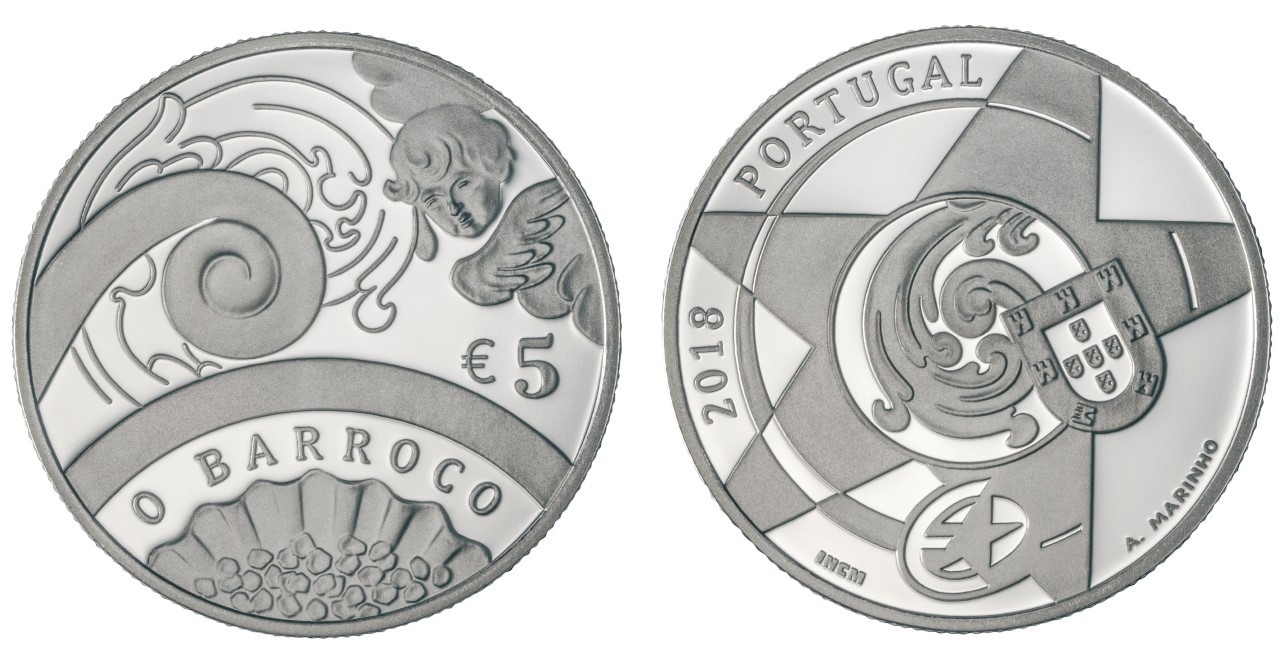 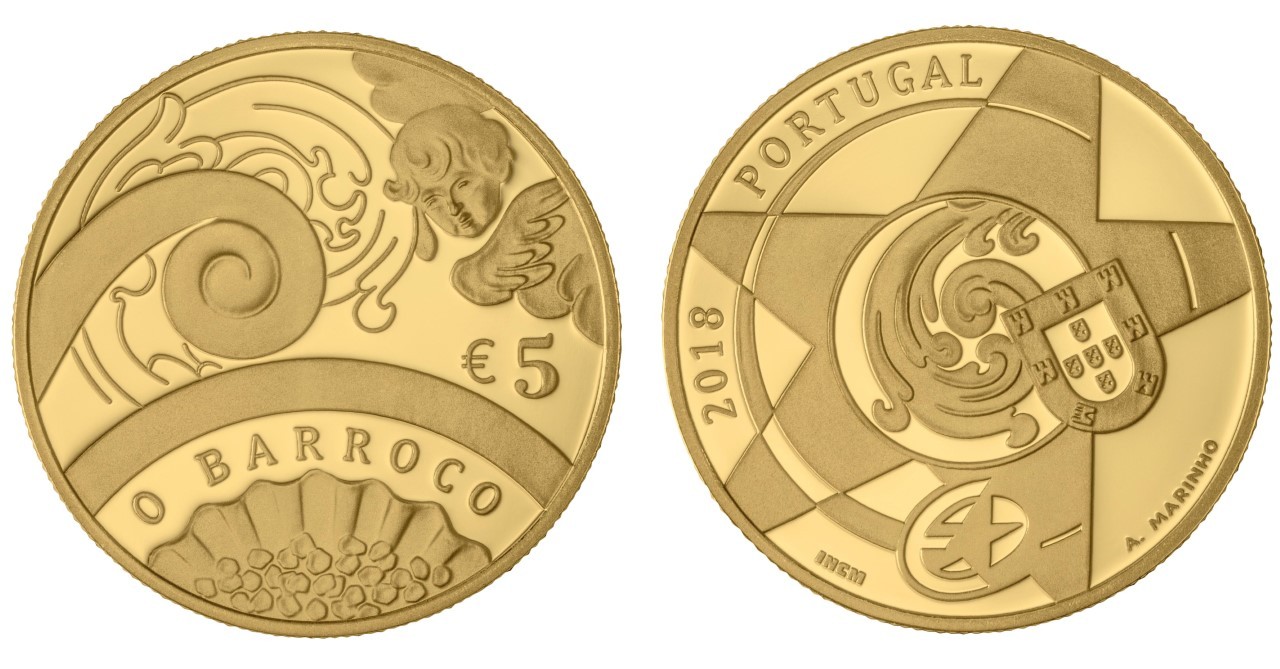 The obverse side of the coin is created by the sculptor António Marinho, who mixes the religious and the profane — aspects recognised in the Baroque style — where a cherub, a favourite theme for Baroque design representing spiritual elements, coexists with the exuberance of the ornaments and the image of a shell with precious stones, often represented as symbols of material wealth. The design of the reverse is common to all the countries participating in the Europa Star Programme and features a star in the centre which incorporates the same star from the logo. The name of the issuing country and year of issue are inscribed in a circular arc above. In the centre of the star is the national element or representation of each country. In the case of Portugal, a representation of the style of Baroque design, as well as the familiar Portuguese crest, is placed in the middle.

The coins are available from the 26th April and as separate purchases. For additional information on these and other coins offered from the INCM, please visit their website.