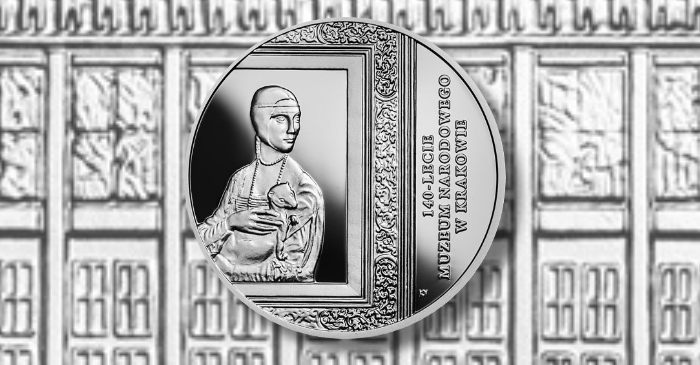 The National Bank of Poland has issued new silver Proof crown coins in celebration of Krakow’s National Museum, which was founded 140 years ago. Established in 1879, under a resolution of the Kraków City Council, it is now the oldest and the largest Polish museum, which is known as the National Museum. The initial collection was first housed at the upper floor of the Renaissance Sukiennice building located at the Main Square in Kraków’s Old Town vicinity. The first statute of the museum was drawn up in 1883, with the Cloth Hall in Kraków becoming its first permanent location.

The construction of the museum’s contemporary new main building located at 3 Maja Street and its present location was started in 1934 but was interrupted by the invasion of Warsaw by the Third Reich, triggering the start of World War II. During the war, many of the museum’s priceless collections were looted by the German invaders, which was a common practice by the Third Reich. After the war, in 1945, the Polish government retrieved many of the works seized by the Germans. However, it was discovered that more than 1,000 artefacts were still missing.

It wasn’t until 1992 when the museum’s primary building was fully completed, and only after the collapse of the Eastern Bloc and Poland’s communist government. The collections — consisting of several hundred thousand items in total — are kept in the larger rooms in the main building where the administrative offices are also located, with the balance of the collection being divided between the nine divisions around the city. The main building features the newly renovated upper Gallery of the Twentieth Century Polish Art, one of the most extensive galleries of paintings and sculptures from the late 19th century in Poland, with the most celebrated artwork by some of the country’s most well-known artists. There is an extensive collection of works by Stanisław Wyspiański (1869–1907), a Polish playwright, painter, poet, and interior and furniture designer. There is also a permanent display of works by artists of the interwar and postwar periods that include Polish cubists, expressionists, colourists, the avant-garde of the 1930s, and representatives of New Directions movement prevalent in the 1960s. 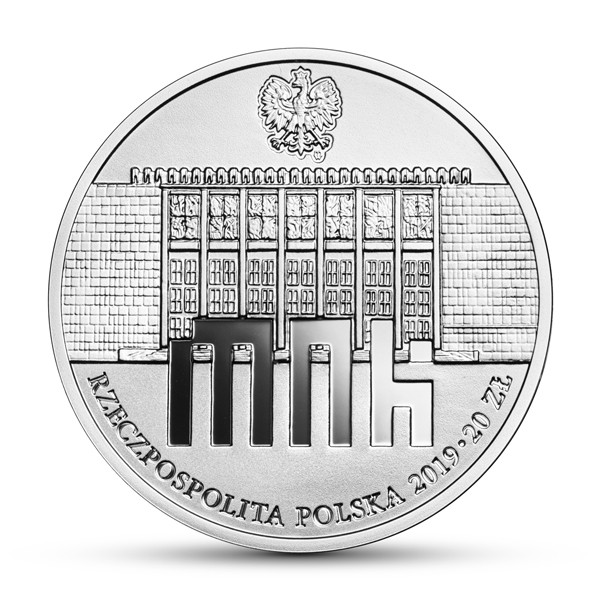 The Mint of Poland produces the coins at their facilities in Warsaw on behalf of the National Bank of Poland and are designed by Dominika Karpińska-Kopiec. The obverse side features a depiction the south façade of the museum’s main building, as well as the museum’s distinctive and stylised logo. The monumental south façade, where the main entrance is located, is decorated with a colonnade and quarters placed above it. This location was designed for planned, but as of yet unrealised reliefs. The denomination of 20 ZL is found under the primary design. 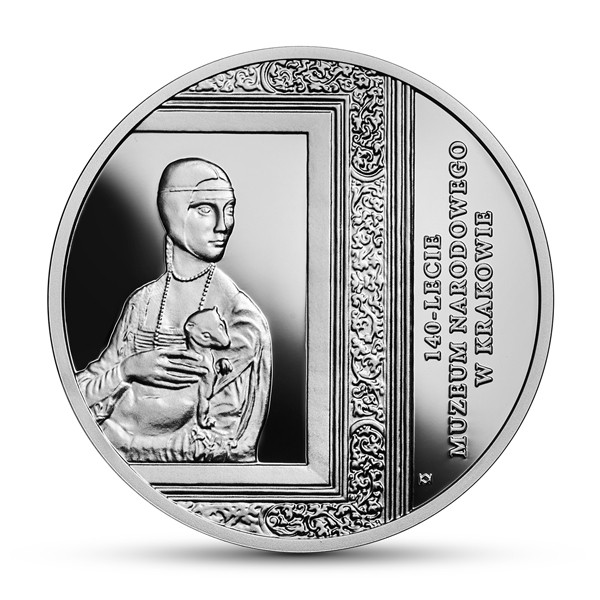 The reverse side of the coin highlights an image of the Lady with an Ermine by Leonardo da Vinci, which is the Museum’s most valuable painting in the Polish collections.

Each Proof quality coin is encapsulated and presented in a hard-board-branded custom case, accompanied by a certificate of authenticity. For additional information about this coin and others issued by the National Bank of Poland, please visit their website.