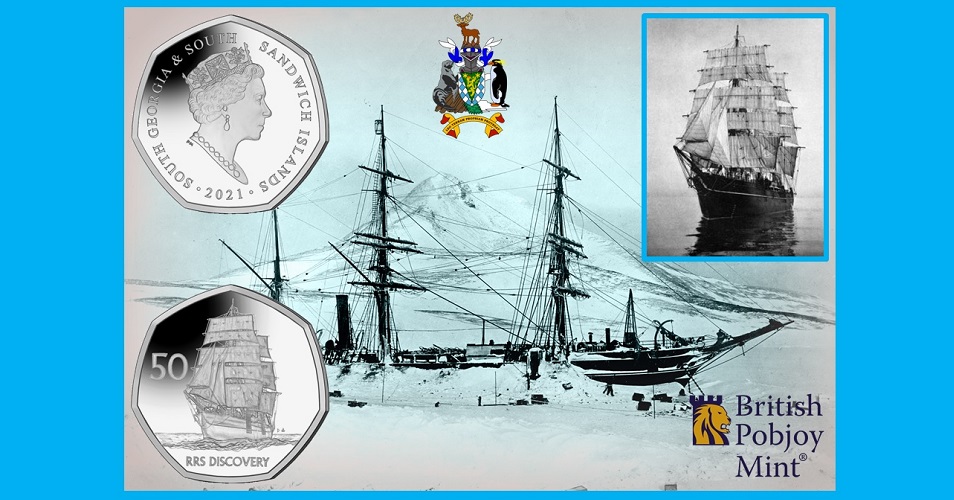 The government of South Georgia and South Sandwich Islands have released (16th March) new 50-pence coins that remember the 120th anniversary of the RRS Discovery launch. The coins are part of a wider series featuring historical ship designs issued by various treasuries, which are part of the British Overseas Territories. 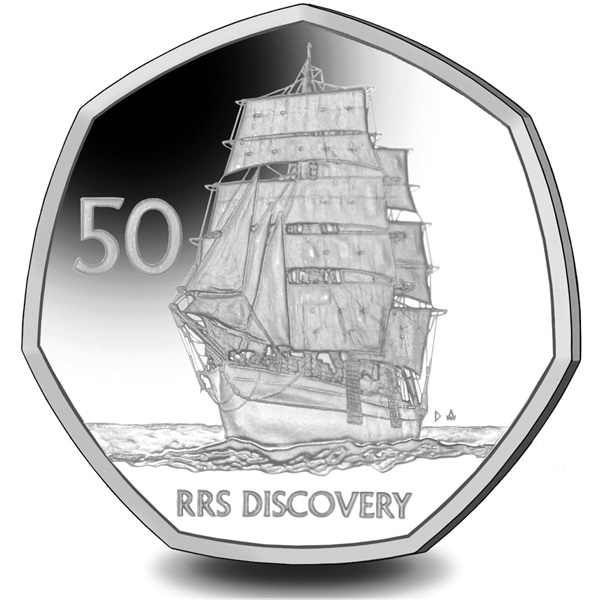 The seven-sided 50-pence coins are produced by the Pobjoy Mint at their facilities in Surrey, England, on behalf of the treasury of South Georgia and South Sandwich Islands. The reverse side depicts a detailed image of RRS Discovery in full mast and sails, as she would have appeared on her journey to Antarctica. Under the waterlines is the inscription RRS DISCOVERY; the numeral 50 is placed to the left of the primary design. 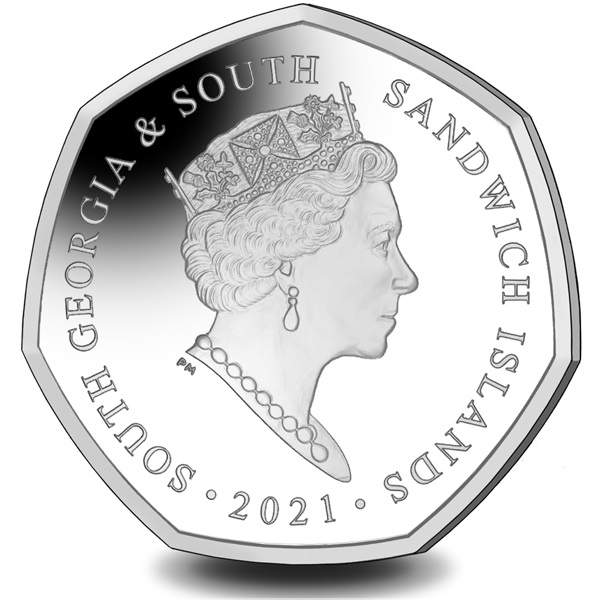 The obverse of the coin features an elegant effigy of HM Queen Elizabeth II, which is an exclusive design of the Pobjoy Mint. The issuing authority SOUTH GEORGIA & SOUTH SANDWICH ISLANDS is placed around the Queen’s likeness as the coin’s legend with the year of issue 2021 shown below her portrait. 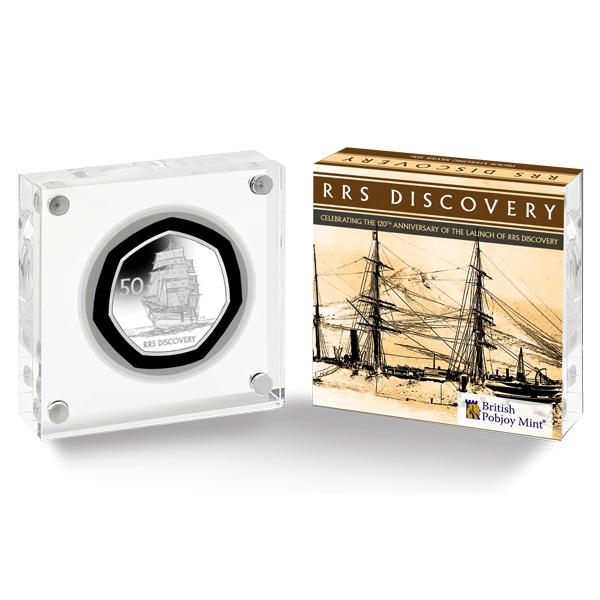 Each Proof silver coin is presented in an acrylic cube, enabling the easy display and viewing of both sides.

The Brilliant Uncirculated cupro-nickel coins are presented in a blister-pak folder, which includes illustrations and informative text about the first voyage of the RRS Discovery. For additional information about these coins and others issued by South Georgia & South Sandwich Islands, please visit the website of the Pobjoy Mint.