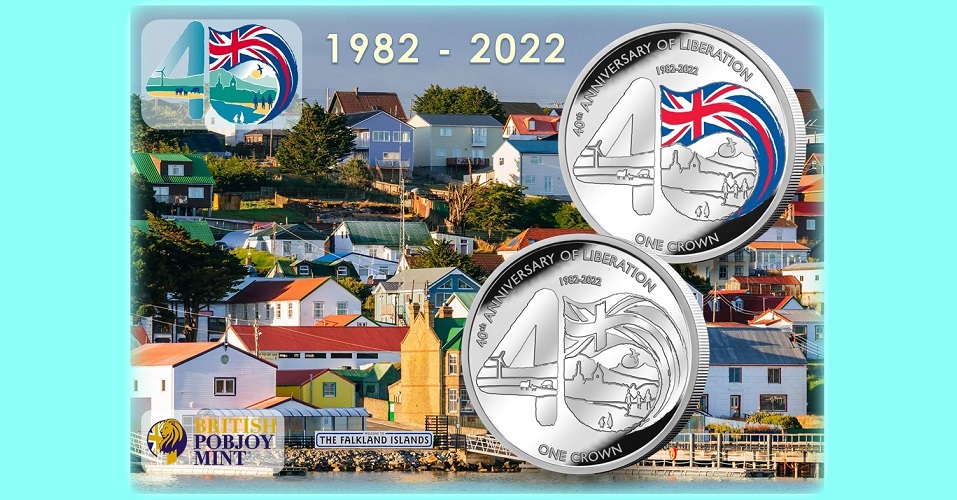 The long-running dispute between Britain and Argentina over the sovereignty of the Falkland Islands was brought to a head on the 2nd of April 1982. On this day, Argentine forces invaded and occupied the Falkland Islands, South Georgia, and the South Sandwich Islands. The British government, then led by Margaret Thatcher, responded to this attack by sending a large task force to recapture the Islands. The campaign launched by Prime Minister Thatcher, not only initiated her nickname as the “Iron Lady,” but it became one of the most memorable events in post-war British History, in which British forces operated 8,000 miles from home and in terrible conditions. After several weeks of fierce fighting, Argentine forces surrendered on 14th June 1982, and it is this date that has since been known as “Liberation Day.” Falkland casualties amounted to 255 persons who lost their lives during the 74-day conflict and 775 wounded, all of whom are honoured each year on this anniversary.

With 2022 marking the 40th anniversary, this year has been named the “Looking Forward at Forty” year, a special way of reflecting on the achievements that have been made with the Falkland’s hard-won freedom and looking forward to the next forty years of life in the Falkland Islands. Today, the Falkland Islands continue to operate as a self-governing British Overseas Territory. 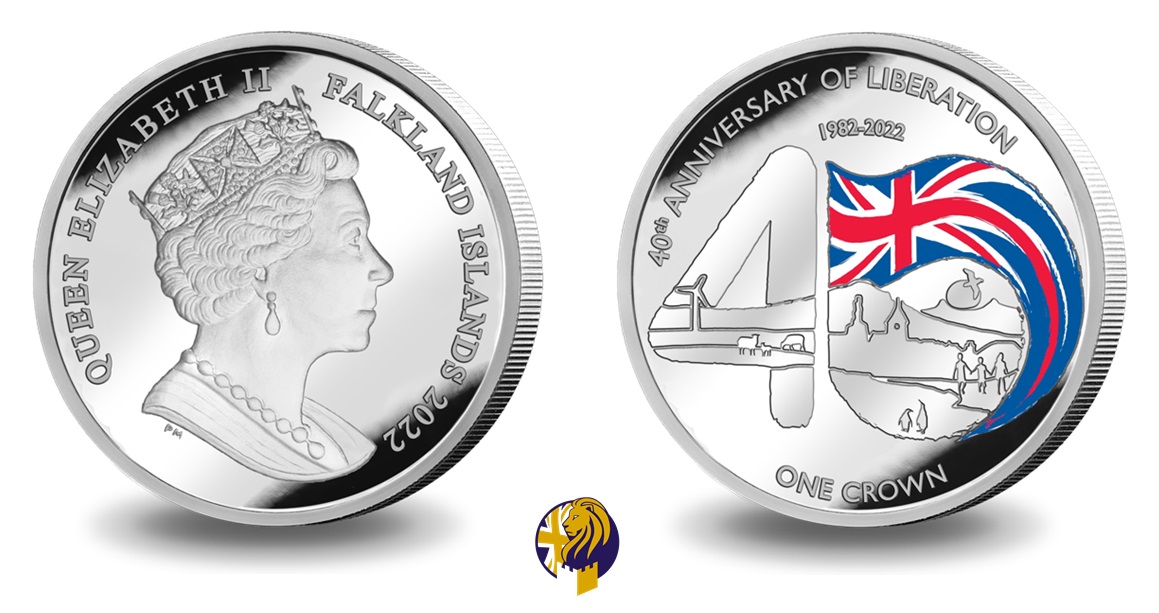 The coins are produced by the Pobjoy Mint at their facilities in Surrey, on behalf of the treasury of the Falkland Islands. As its focal point, the reverse side design features the official 40th Anniversary of Liberation emblem, known as “Falklands 40th.”. The Union Jack flag is displayed in the colours of red, white, and blue on the cupro-nickel version. The text 40TH ANNIVERSARY OF LIBERATION appears in the surround and the dates 1982-2022 appear above the logo. The obverse of the Brilliant Uncirculated cupro-nickel and Proof strike silver coins includes an effigy of HM Queen Elizabeth II, which is an exclusive design of the Pobjoy Mint. The year of issue 2022 is shown on the obverse. 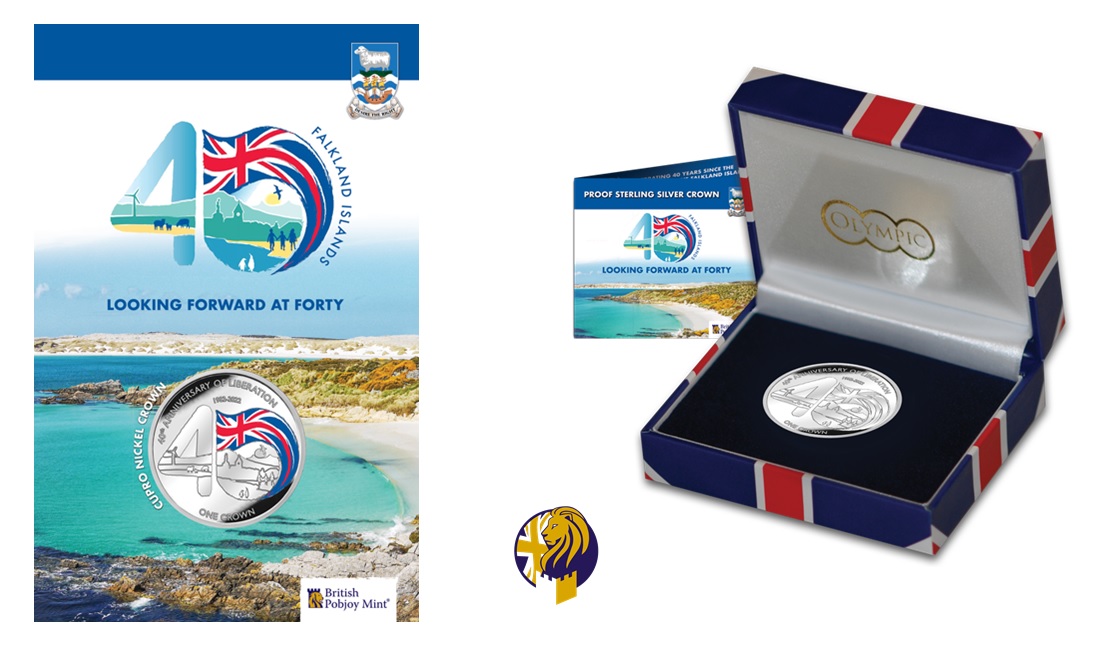 The Brilliant Uncirculated and colour coins are presented in a blister-pak type card with illustrations and informative text. The silver Proof coins are encapsulated and presented in a custom case decorated using the design of the Union Jack flag and accompanied by a certificate of authenticity. For additional information, please click here.

The Brilliant Uncirculated examples are limited to 2,950 pieces of which 950 are available outside the Falkland Islands.