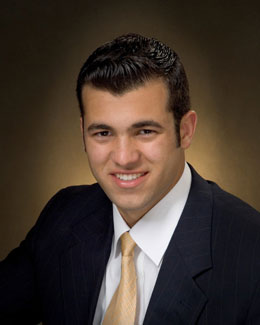 A college student who started collecting coins as a young child when the tooth fairy left Morgan silver dollars under his pillow is the winner of the 2012 Professional Numismatists Guild (www.PNGdealers.com) Young Numismatist Scholarship.

A National Honor Society member, Zapantis was President of both his senior class and the student council when he graduated from Clinton High School in 2009.  He just completed his junior year at Worcester State University, and says he’s now looking forward to learning about coin grading at the ANA Summer Seminar.

He credits his Father, Dino, and grandfather and namesake, Paul Zapantis, for his interest in coin collecting.

Zapantis enjoys collecting 20th century U.S. coins and wants to assemble a set of “key” coins, including the 1909-S V.D.B. Lincoln cent, 1937-D “three-legged” Indian Head/Buffalo nickel, and 1916-D Winged Liberty/Mercury dime.  He also would like to put together sets of Walking Liberty and Franklin half dollars and Saint-Gaudens gold coins.

“I try to stick to 20th century coins; things my Grandfather would have seen in circulation in his lifetime,” he explained.

This is the eighth consecutive year of PNG YN scholarships for the popular, annual ANA summer educational programs.  The money to pay for the annual scholarship is administered from PNG’s Gerald Bauman Memorial Fund. Bauman, who died in 2001, served for many years as a prominent coin dealer with Manfra, Tordella & Brookes in New York City.

The Professional Numismatists Guild is a nonprofit organization composed of many of the top rare coin and paper money dealers in the United States and seven other countries.  PNG member-dealers must adhere to a strict Code of Ethics in the buying and selling of numismatic merchandise. For additional information, visit online at www.PNGdealers.com or call (951) 587-8300.