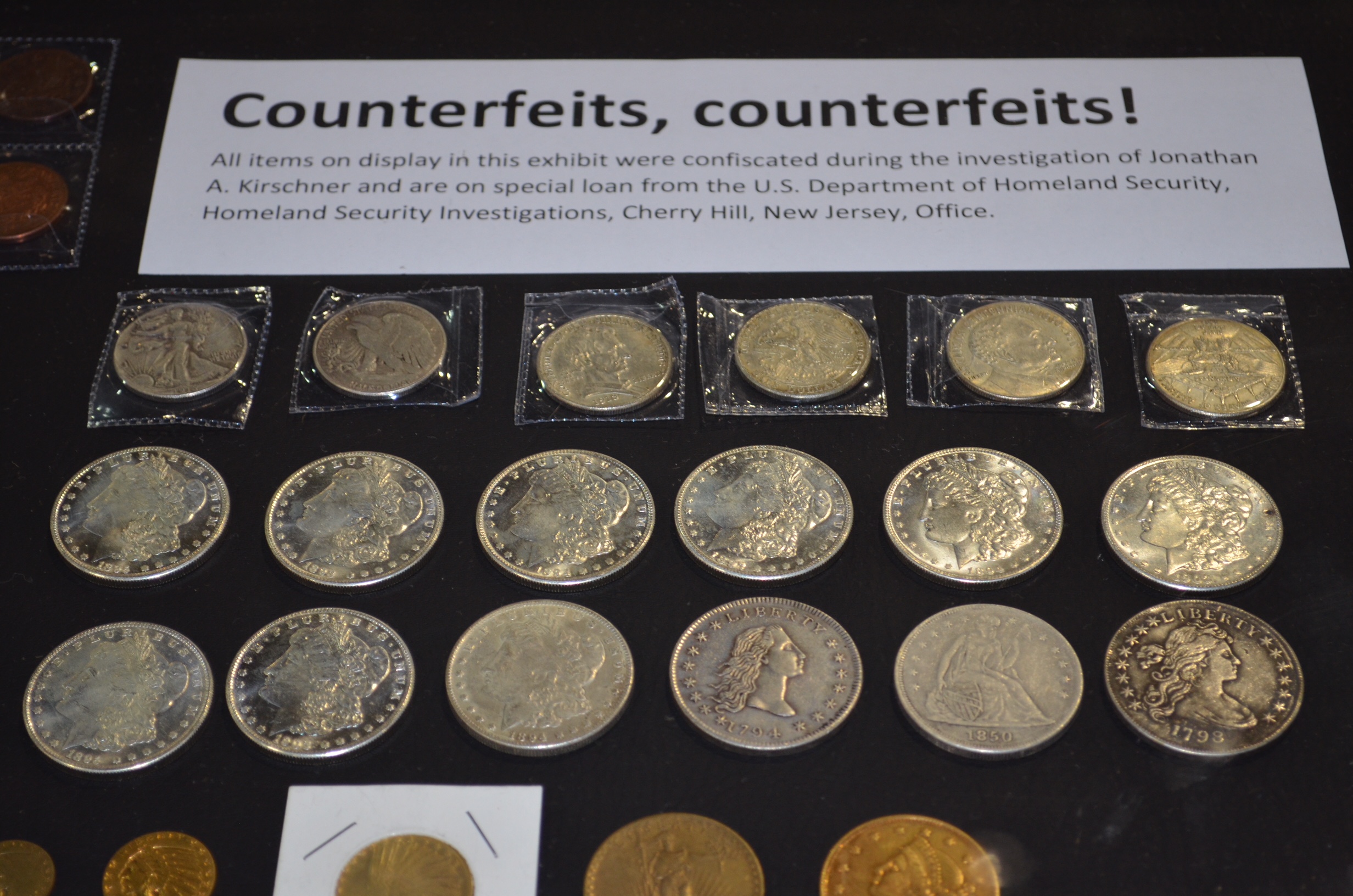 A portion of the exhibit of confiscated counterfeits on special loan from the Department of Homeland Security displayed at the 2018 World’s Fair of Money by ICTA/ACTF. Hover to zoom.

“Our PNG board members personally donated $10,500 and the remainder of the money came from a portion of the fee for PNG members who took tables at the 2018 PNG/ANA Numismatic Trade Show in Philadelphia,” explained PNG Executive Director Robert Brueggeman.

The donation was announced by PNG President Barry Stuppler at the PNG awards banquet in Philadelphia, August 13.

“Counterfeiting is a problem that potentially confronts every dealer and every collector, and certainly can be a problem for every member of the general public who unsuspectingly buys a fake coin or banknote from a non-PNG member dealer at a flea market or online,” explained Stuppler. 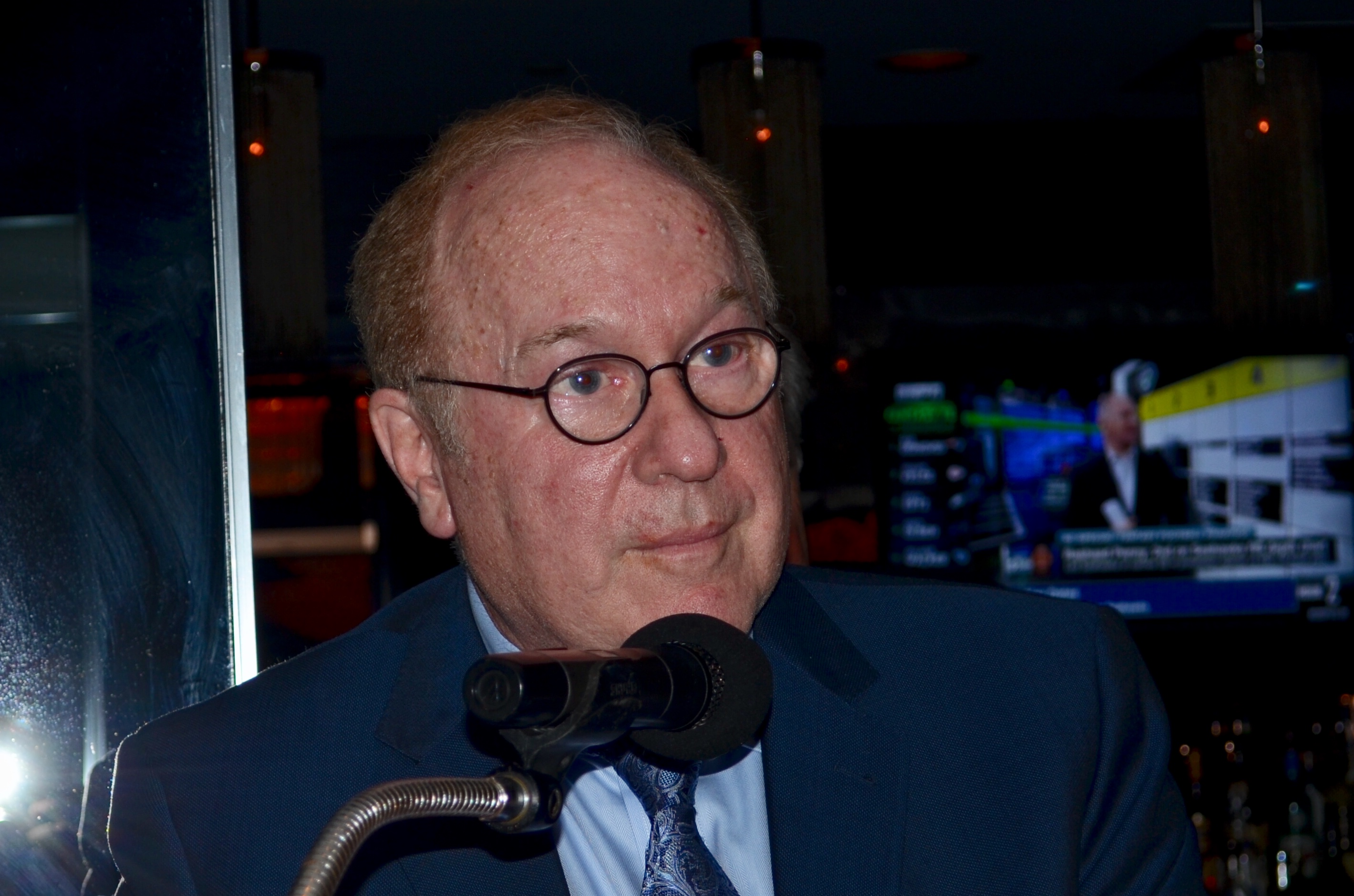 “This donation is part of PNG’s ongoing support for ICTA’s anti-counterfeiting efforts. We applaud ICTA’s Anti-Counterfeiting Task Force (ACTF) for arranging with the Department of Homeland Security to exhibit recently confiscated fakes that could have caused millions of dollars of grief for unwary buyers,” he added.

The five-case exhibit was displayed at the American Numismatic Association’s 2018 Philadelphia World’s Fair of Money. PNG Vice President Richard Weaver, who is a member of ACTF’s Research Work Group, will be helping to develop plans for future educational displays.

ICTA Director of Anti-Counterfeiting Beth Deisher thanked PNG for its donation, noting that ACTF is funded entirely by donations.

“All of the money we receive goes directly to educating law enforcement and policymakers about the rising threat of counterfeiting, mobilizing law enforcement to attach counterfeiters where they are most vulnerable, and providing expertise and other resources in the investigation and prosecution of those who buy and sell fakes. ACTF is also developing programs to inform dealers, collectors, and the general public about how to avoid being deceived by fakes and defrauded by those trafficking in counterfeits,” said Deisher.


Brueggeman added: “We strongly encourage other dealers and collectors to make donations to assist with ICTA’s crucially important work in combatting numismatic counterfeits.”

The Professional Numismatists Guild is a non-profit trade association composed of the country’s top rare coin and paper money dealers who must adhere to a strict code of ethics in the buying and selling of numismatic merchandise. The organization also has an Accredited Precious Metals Dealer program (APMD). The PNG and individual PNG member-dealers have provided expert assistance to local, regional, and federal law enforcement agencies to help solve numismatic-related crimes. Contact PNG at or call 951-587-8300.