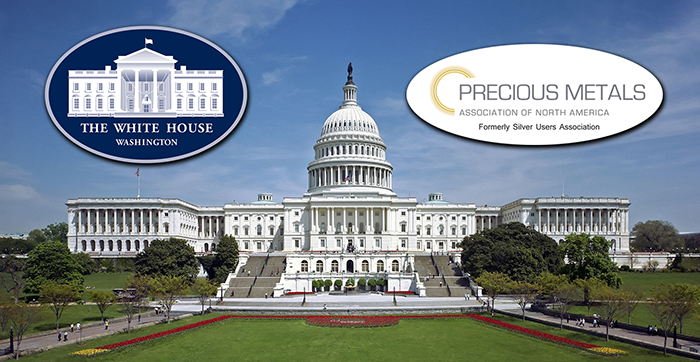 Washington, D.C. — Today, United States Trade Representative (USTR) Robert Lighthizer released his office’s report on marketplaces and governments that, in one way or another, contribute to the global threat of piracy and counterfeiting.

Two of the entities included on the list — the Chinese government and Alibaba-owned Taobao.com — are especially concerning to the precious metals industry. First, the Chinese government’s sanctioning of counterfeit bullion coins for exportation to the United States defrauds the U.S. economy and costs the U.S. hundreds of thousands of jobs. Many of these bullion coins are purchased on sites like Taobao and then cross into the U.S. with the intent to deceive vulnerable consumers.

According to Scott Smith, president of the Precious Metals Association of North America (PMANA), what raises even more concern are Alibaba’s claims of cracking down on counterfeits. “Alibaba has been trying to improve its image — but as you can see in this year’s report — they haven’t even scratched the surface,” Smith said. Smith pointed to the USTR report to exemplify the problem. “Alibaba has yet to provide any metrics for assessing the scope of counterfeit products. I don’t know how they can make improvements when they can’t fully grasp the problem, themselves,” Smith said.

As trade becomes a major policy concern this year, PMANA will continue working with Congress to expand anti-counterfeiting protections for precious metals bullion, in addition to working with its national coalition to accomplish broader policy goals.