The Commission of Fine Arts (CFA) recently reviewed the reverse design candidates for the 2013 American Platinum Eagle. The reverse design will represent the theme “To Promote the General Welfare” within the ongoing series highlighting the core concepts of American Democracy as found in the Preamble to the Constitution.

The United States Mint provided nine different design candidates for the 2013 American Platinum Eagle. During their meeting held on November 15, 2012, the CFA recommended alternative AEP-R-02 as the most appropriate design. They did recommend the removal of the horizon line and ring of stars from the right side of the design, citing their continuing preference for simplicity. All of the reverse design candidates are shown below. 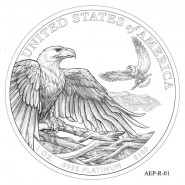 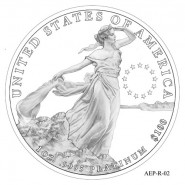 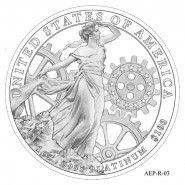 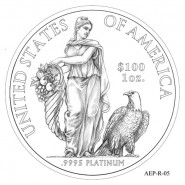 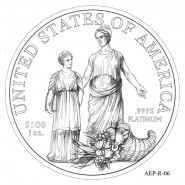 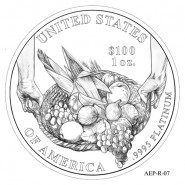 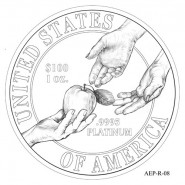 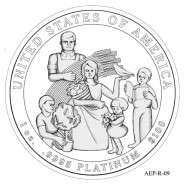