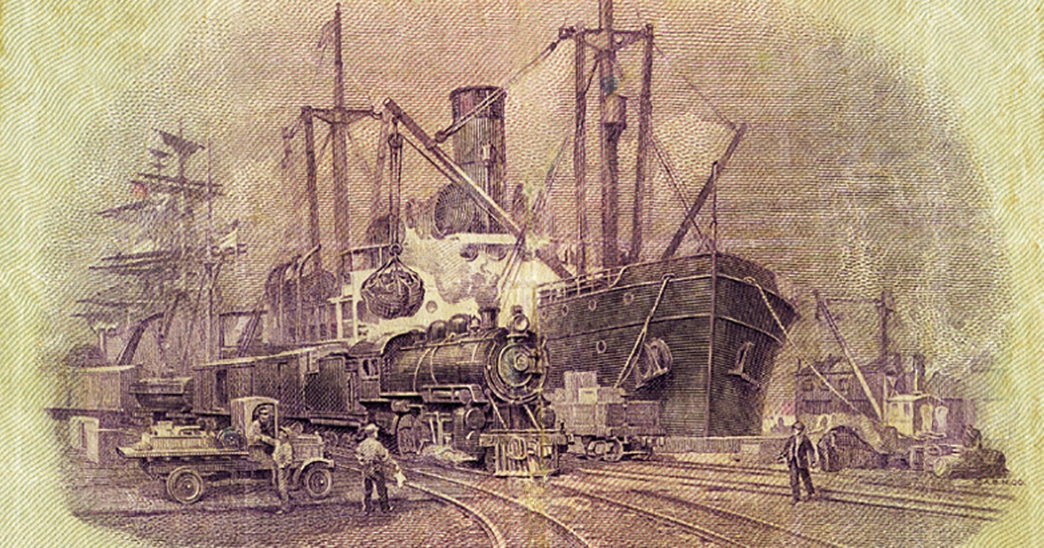 Thematic (or topical) collecting is very popular in the stamp community. There are collectors and clubs for a wide range of subjects, from butterflies to lighthouses and from royalty to astronomy. In the numismatic world, collecting by theme is not as popular or well publicized, but there are still many opportunities to build a collection based on a certain topic, and many collectors who build such collections. In this article we will take a look at some areas of banknote collecting that are likely to give a thematic collector the most opportunity to find examples with a certain theme. 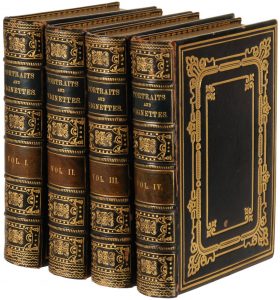 A set of BEP vignette presentation books (hover to zoom).

Banknote designs are often carefully executed to include a lot of information, security features, and colors in order to give a small piece of paper an appealing design, yet still have it feel like it is money. Generally speaking, thematic collectors will be most interested in vignettes, which are small areas of the banknote with engraved pictures, such as ships and other motifs. Traditionally, printers such as the American Banknote Company or Thomas de la Rue designed these vignettes prior to designing the actual banknote. In the early 20th century, for example, salesmen from the printing companies would have large books with hundreds of different vignettes from which banks and governments could choose. It is not uncommon to see the same vignette appear on an obsolete U.S. banknote as on an obscure note from a small bank in Argentina, simply because they both happened to pick the same vignette from a book.

Unlike in the stamp world, there are virtually no specialized catalogues for collectors of certain themes in banknotes. Someone wishing to collect, for example, ships on banknotes (in this article we will take ships as an example, but feel free to substitute this for any theme of your interest) is on their own to find out which issues feature ships. With an almost endless supply of banknotes available, the task is daunting, but with a little bit of effort it is certainly a little bit easier to figure out which issues you have to look for. The first step should be to Google a simple term, such as “ships on banknotes.” This actually appears to be quite a popular collecting endeavor, and on the first page there are numerous articles and websites with information. That’s always a good start; the next step might be to contact a (local) banknote dealer and ask them if they know of certain banknote issues that feature ships. Most of the banknotes that you will find this way will be modern world banknotes, as the U.S. federal government has issued surprisingly few banknotes with ships (the 1918 Battleship $2 Large Size banknote is a well-known exception).

Back of the famous “battleship note” (hover to zoom). (All photos courtesy of Stack’s Bowers Galleries)

Besides world banknotes, another numismatic area that will yield a large quantity of issues suitable for thematic collectors are U.S. obsoletes. Printed from (approximately) 1782 to 1866, these are notes issued by literally thousands of different banks across the country. Many of the banks went out of business quickly, were fraudulent, or both; often, unused supplies of banknotes (so-called “remainders”) would later be sold to dealers and collectors, resulting in a steady and large supply of surprisingly cheap banknotes from the 19th century, many of which have very appealing designs. To see some of the many interesting vignettes used on obsoletes and to learn about this very interesting and popular collecting field, volume 1 of the Whitman Encyclopedia of Obsolete Paper Money, by Q. David Bowers, provides very valuable background information and many examples of vignettes used on this kind of money.

A tiny sampling of the many world banknotes featuring train vignettes (hover to zoom). From top to bottom, these particular notes come from Canada, China, French Equatorial Africa, and Peru.

With the huge number of different world and U.S. obsolete banknotes in existence, it would take many collectors a long time to figure out exactly what is available. For our hypothetical collector of ships on banknotes, completion should not be considered an attainable goal—but collecting by this method would no doubt provide many hours of enjoyment. Many of the vignettes are based on real-life scenes (and in our examples, real-life ships), and it can be an interesting and appealing challenge to try to find out exactly which ships were used as models for such vignettes.

One of the main appeals of thematic collecting, and one of the reasons I personally believe that this is a numismatic field that could very well see substantial future growth, is that thematic collectors are not bound by sets or even countries of banknotes. If, for example, you are collecting banknotes of Belgian Congo, you are often going to run into key issues that are very expensive, difficult to find, or both. This often severely limits the collectability of banknotes, and I know many collectors who have given up on completing a collection due to such limitations. Thematic collectors are not bound by such constrictions. You should not feel the desire to have to acquire a certain banknote merely because of a small vignette of a ship; there are plenty of other banknotes to acquire, and such a collection is not going to feel any more complete or incomplete without the inclusion of that one banknote.


Thematic banknote collecting appeals to both beginning and advanced collectors, and like much in this hobby, can provide a lifetime of entertainment. Perhaps you have been building a thematic collection for many years, or maybe you have been thinking about building such a collection based on one of your favorite theme. Let us and your fellow collectors know in the comments section, and let’s get the conversation started.    ❑ 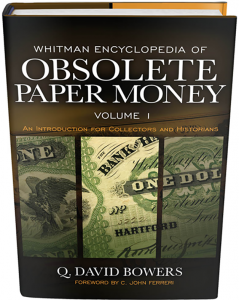 Volume 1 of the Whitman Encyclopedia of Obsolete Paper Money, by Q. David Bowers.