The Perth Mint has started accepting orders for the first collector versions of the 2013 Year of the Snake Silver Coins. These releases are part of the Australian Lunar Series II, which features the twelve animals of the ancient Chinese lunar calendar.

The sixth animal within the 12 year cycle is the snake. The gold and silver bullion versions were announced last week and will officially go on sale this week. The design for the silver coin features a snake curled around a tree branch along with the Chinese character for snake and the inscription “Year of the Snake” with the Perth Mint’s traditional “P” mint mark. The obverse of the coin features the Ian Rank-Broadley effigy of Queen Elizabeth II. 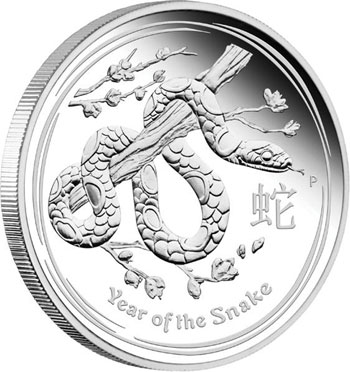 Each of these coins and sets are housed in a red and black presentation case with an illustrated shipper and numbered certificate of authenticity. 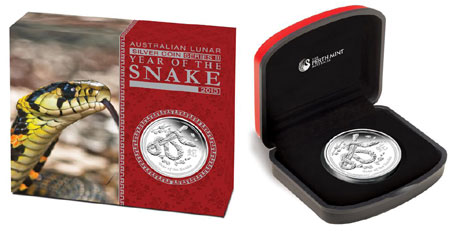 For additional information or for placing orders, please visit the Perth Mint’s website.