The Perth Mint of Australia has launched a new coin series entitled “Gods of Olympus.” The coins are struck in high relief to a rimless format with an antique finish in order to capture the depth and detail of the design. 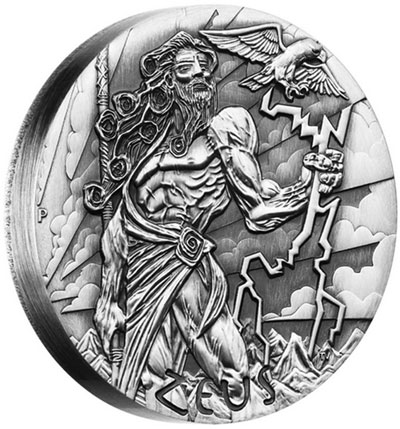 The first coin of the series features a depiction of Zeus. In ancient Greek mythology, Zeus was worshiped as the supreme ruler of Mount Olympus and the Pantheon of gods that lived there.  He was the god of the sky and weather, law and justice, morals and fate, and the spiritual leader of both gods and men.

The reverse design features a striking depiction of Zeus as he rises up into a stormy sky holding a thunderbolt in one hand and a scepter in the other. An eagle flies above his shoulder. The word “Zeus” appears at the base with the Perth Mint’s “P” mint mark also present. The design was created by Tom Vaughan. 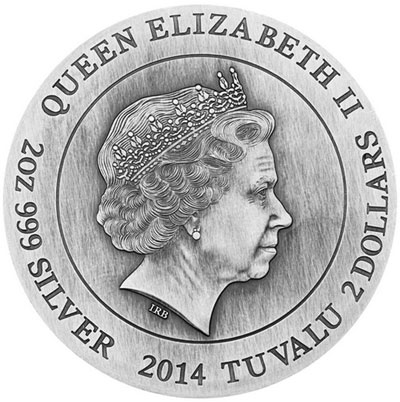 Each coin is struck in 2 troy ounces of 99.9% silver with a diameter of 40.50 mm and maximum thickness of 6.00 mm. Issued as legal tender under the authority of the Government of Tuvalu, the coins carry a maximum mintage of 1,500 pieces.

Packaging consists of a round wooden display case and illustrated shipper. Each coin is accompanied by a certificate of authenticity.

Forthcoming releases of the series will feature Poseidon and Hades.