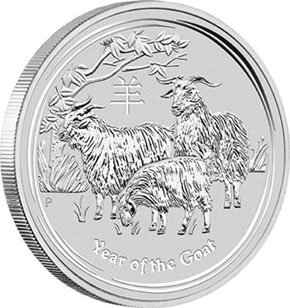 The Perth Mint of Australia has released figures for gold and silver sold as coins and minted bars covering the month of October. While sales figures marked declines compared to both the prior month and the year ago period, the monthly sales levels remained elevated compared to earlier in the year.

For the month of October, sales of silver coins and minted bars reached 655,881 troy ounces. This was down from the prior month, which had been buoyed by new bullion product launches. It also represented a decline of 20.17% compared to the year ago period of October 2013 when sales had reached 821,580 ounces.

For the year to date, silver sales have now reached 6,237,900 ounces. This is trails the total from the comparable year ago period by 10.32%.

Sales of gold coins and minted products for October 2014 reached 55,350 troy ounces. Once again, this measured a decline compared to the prior month which saw the release of popular new bullion products. The figure was down by 28.35% compared to the year ago period of October 2013 when sales reached 77,255 ounces.

The Perth Mint has announced the official sell out of the 1 oz bullion coins from the Australian Lunar Series II 2015 Year of the Goat Gold and Silver Coins. The 1 oz silver bullion coins had been limited to a mintage of 300,000 pieces, while the 1 oz gold bullion coins were limited to 30,000 piece. These coins originally went on sale September 1, 2014. Numerous other size coins without established maximum mintages remain available for sale.