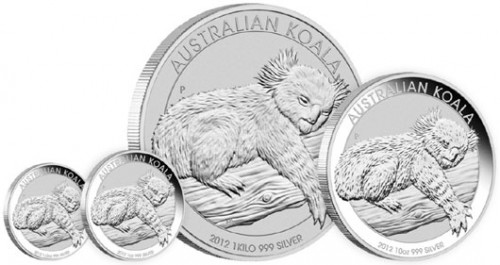 As a recent initiative, the Perth Mint has started reporting total ounces of gold and silver sold each month as minted products. So far, sales data has been provided for three months, but already some interesting trends and comparisons with US Mint gold and silver bullion sales are starting to emerge.

Sales levels rebounded strongly in May, with sales of silver bullion more than doubling from the low levels seen in April.

The same pattern of decline and rebound was also seen in the United States Mint’s gold and silver bullion sales over the same time period.

During the three months covered, the shifting demand may have been caused by fluctuations in precious metals prices. After reaching what has proven to be at least a temporary peak in late February, both gold and silver declined modestly in March. This was followed by flat performance in April, and a sharper decline in May. In recent history, sharp declines in metals have been accompanied by increases in bullion buying.

Going forward, it should prove useful to have bullion sales data from two major world mints to compare and contrast.