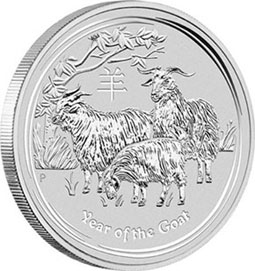 The Perth Mint has released the latest monthly figures for gold and silver sold as coins and minted products. While gold sales retreated from recent monthly levels, silver reached its second highest monthly sales total for this year.

For the year to date, gold sales have reached 476,498. This figure represents a decline of 31.0% versus the comparable year ago period.

For November, sales of silver as coins and minted products rose to 851,836 troy ounces. This figure was up sharply from the prior month and represented the second highest monthly total for the year to date. The latest monthly sales figure was also up compared to the year ago period of November 2013 when sales had reached 807,246 ounces.

For the year to date, silver sales have reached 7,089,736 ounces. Despite the recent strength in sales, this figure still represents a decline of 8.7% versus the comparable year ago period.