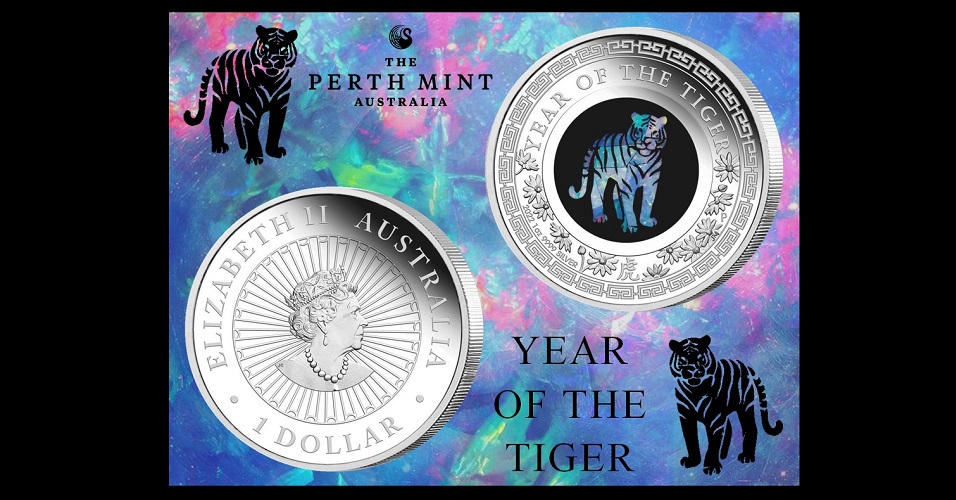 The Perth Mint has released their latest silver Proof coin which is part of their current “Opal” Lunar series and includes genuine inlaid Australian opal utilised on the reverse design of each coin. The meaning of the word opal translates as precious, and this exquisite stone with its pale light to deep dark shades of red ruby, purple amethyst, and sea-green emerald is believed by many cultures to bring good luck and love. Australia supplies the overwhelming majority of the world’s opal, a colourful mineral-like material that has proved extremely popular in jewellery. The latest collector coin includes a creative use of opal in the shape of a tiger, which is inserted onto the reverse side. The design is especially poignant this year for those born during the Lunar years 2022, 2010, 1998, 1986, 1974, and every 12th preceding year. They are born under the sign of the Lunar tiger and are said to be determined, courageous, confident, and charming. The new Lunar begins on the 1st February 2022, and will last until 21st January 2023, as a Lunar year consists of 354 days. 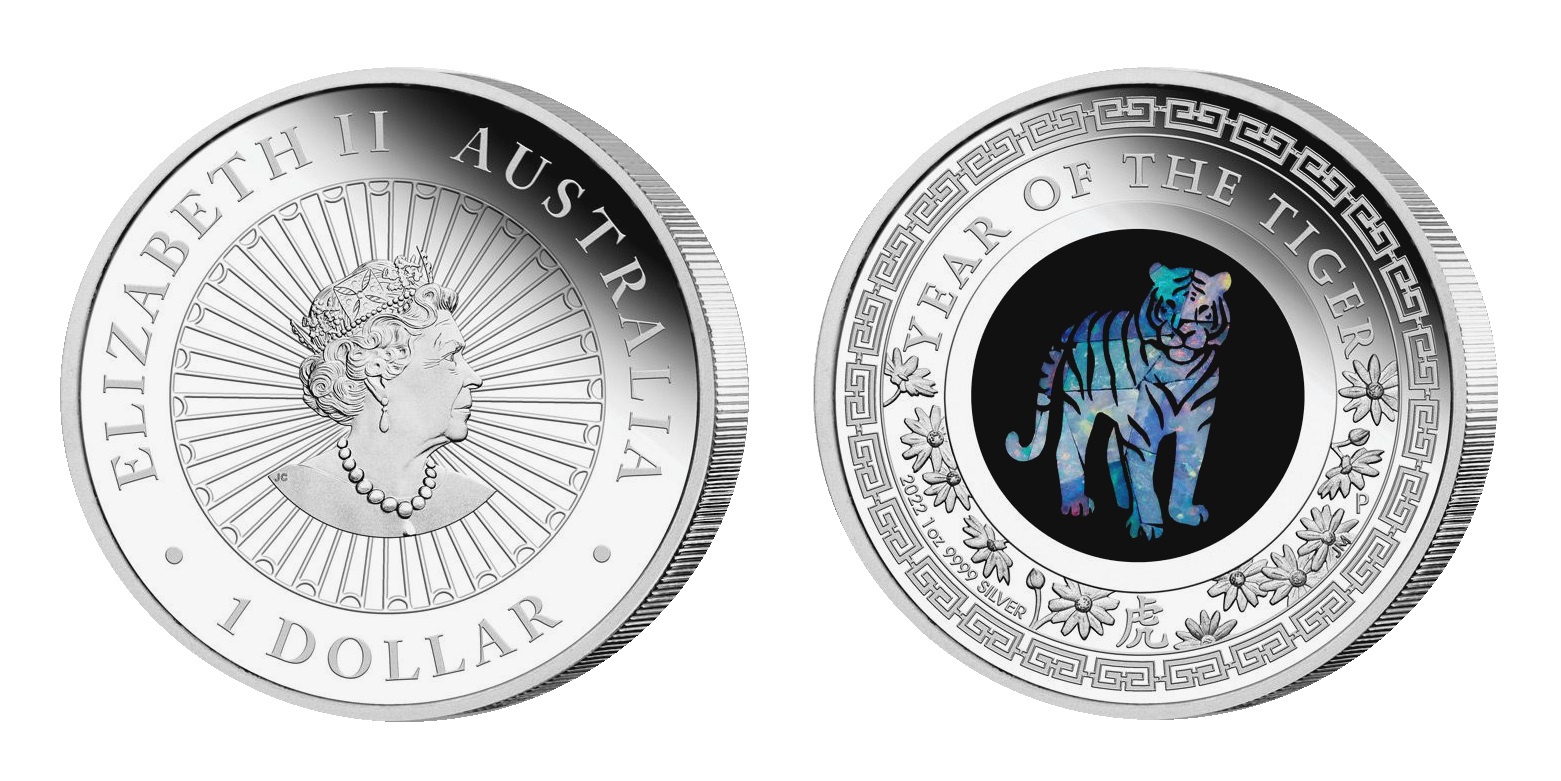 Designed by Perth Mint artist Jennifer McKenna, the reverse design incorporates authentic Australian opal created as an inlaid tiger-shaped centrepiece. The colourful opal forms the depiction of the tiger in the coin’s inner ring set against a black background. The text above the main design reads YEAR OF THE TIGER with the year 2022 and the coin’s weight and fineness seen just under the tiger and to the left with the Perth Mint’s “P” mintmark placed to the right. The outer ring in the design features an intricate patterning and stylised depictions of cineraria flowers — considered lucky for those born in the Year of the Tiger — and is surrounded by a circular, geometric East Asian style border. The coin’s obverse bears Jody Clark’s commonwealth effigy of HM Queen Elizabeth II within a stylised pattern and the monetary denomination of 1 DOLLAR placed under the Queen’s likeness.

Each coin is encapsulated and housed in a classic display case with a clear lid for display and is accompanied by a numbered certificate of authenticity and illustrated outer protective box. For additional information about this coin and other coins available from the Perth Mint, please visit their website. The coin is also carried by several international distributors.

Austria: Latest silver Proof coin highlights the power of the tiger in ongoing “Eyes of the World” series