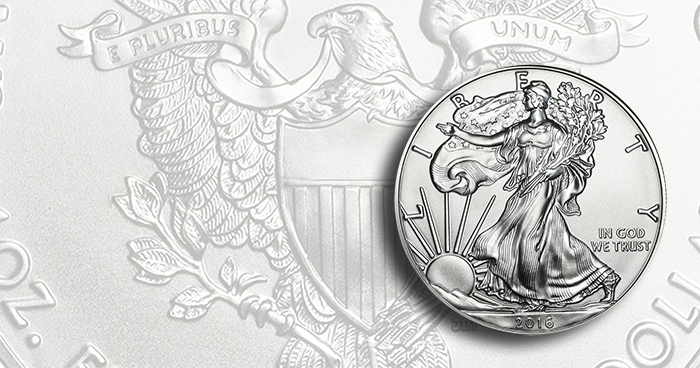 In an April 6 press release, Professional Coin Grading Service (PCGS) has announced that it will begin providing branch-mint identification on slabs for certain American Silver Eagles dated 2014–2017. This service follows on the heels of information obtained by Coin World from the U.S. Mint via a Freedom of Information Act (FOIA) request.

The following is taken directly from the press release.

UPDATE 4/7/2017 9:22AM PST: For 2014-2017 boxes that have a sticker on the side that includes the designation “WPM”, PCGS believes that these boxes, regardless of their serial number, originated in West Point. Therefore, at this time, and until PCGS receives further clarification from the U.S. Mint, they will not be attributing such boxes to Philadelphia or San Francisco.

Editor’s note, 4/6/17 at 8:15 p.m.: PCGS is continuing to research this matter. Since publishing its press release, PCGS has been alerted to the fact that the FOIA response may be incomplete with respect to the 2015 Philadelphia Silver Eagles; PCGS is pursuing clarification from the U.S. Mint. For up-to-date information, please contact Mark Stephenson at or Daniel Kedem at .

Until now, the information about how many American Silver Eagles were made in each of the other branches has not been released to the public. Instead, the Mint’s figures officially reflected the total mintage, and listed those mintages as having been produced at West Point.

However, the FOIA documents reveal a method of identifying where a given box of Silver Eagles was minted. Following this method, PCGS will attribute coins from such boxes as having been produced at the branch mint at which it was made.

For example, a Silver Eagle minted in Philadelphia in 2015 would be attributed “2015-(P).” The mintage figures, and how to identify them, are set forth in the tables below.

Owners of Mint-sealed boxes of American Silver Eagles from 2014 to 2017 can find the box number, which is written in black marker, and determine the specific branch mint.

Contact Mark Stephenson () or Daniel Kedem () for more information on PCGS Bulk Services, including how to submit bulk quantities of 2014 to 2017 American Silver Eagles.   ❑

Collectors may get their kicks with Route 66 coins