As regular readers know, Coingrader Capsule discusses coin grading and the various varieties and designations associated with a grade, including metallic conditions from patina to PVC contamination.

Today’s column concerns the latter and a service provided by PCGS to remove spots that might arise due to contamination after a coin has been holdered.

PVC is the abbreviation for polyvinyl chloride, the chemical composition of many types of “flips” (those clear dual-pocket plastic holders used to store coins). To make the flip pliable, an additive “plasticizer” combines with the PVC. Over time, especially in warm, dank environments, that additive reacts with humidity to form an acid that corrodes the coin’s surface.

If caught in time, a quick dip in a proper solvent usually fixes the problem. But as mentioned in a previous post, coin dipping also comes with its own hazards and must be done carefully and expertly.

If you know the various stages of PVC contamination, you can avoid bad purchases … or even be able to purchase cheaply a coin with early damage and conserve it.

Three basic stages of PVC damage are “unrepairable,” “salvageable,” “fixable.” Here are pictures of each stage. Click on any image to enlarge. 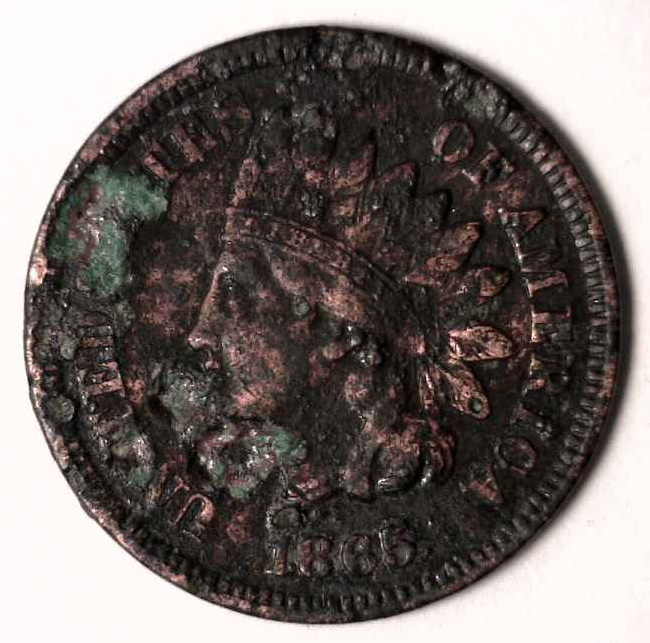 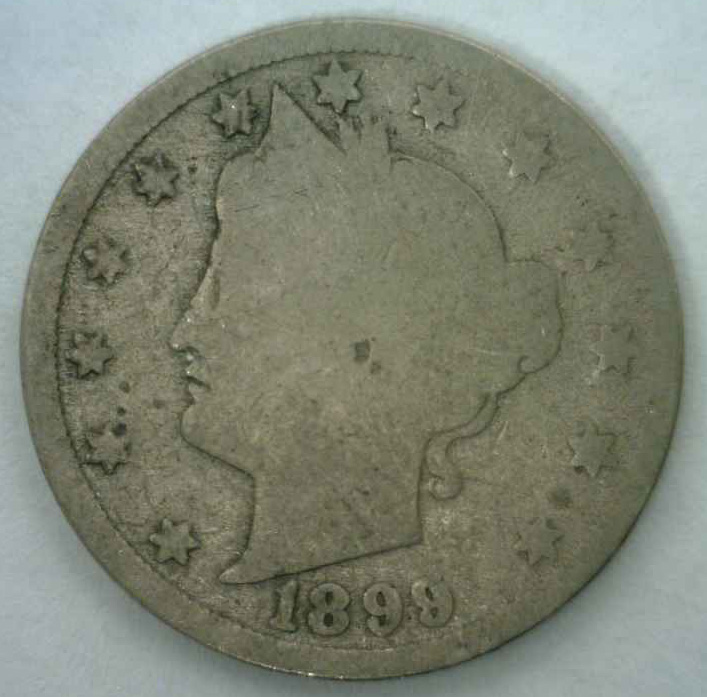 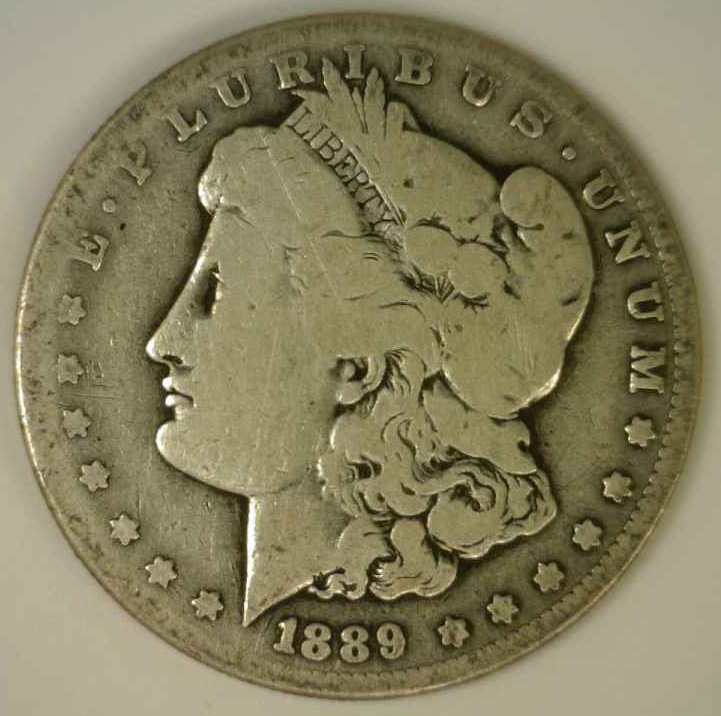 1. The 1865 Indian head cent is beyond repair. The green goo at 10 and 8 o’clock continues to eat at the cooper.
2. The 1899 Liberty nickel is salvageable, and by that, I mean “as salvage,” with a dip removing PVC so that the coin is worth more than its metal content.
3. The 1889-S Morgan dollar is fixable, with a dip preserving some of its numismatic worth.

Look closely at that Morgan. You’ll notice that someone tried to clean the PVC, probably with a cloth abrasive, without using a proper solvent. That type of cleaning leaves hairlines prevalent on the left side of Lady Liberty’s profile and does little to stop the contamination in the future.

There are other problems with fixable coins, and that’s where PCGS’s “spot removal” service is worth mentioning.

Conservationists sometimes fix coins with early-stage PVC damage and miss a spot, which returns. Or sometimes a coin is taken out of a contaminating flip just before the PVC damage is apparent. When coins at this stage are sent to a grading company, often they are holdered … and later develop problems. 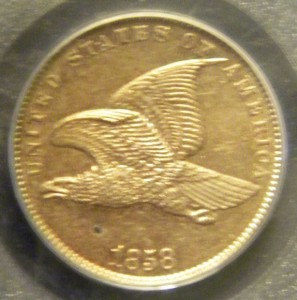 Such was the case with an 1858 Flying Eagle cent in an old green PCGS holder, graded AU58. There was no spot when I purchased the coin years ago. But recently when I looked at it in my bank box, I saw the beginning of PVC damage in a tiny speck that could continue to enlarge.

Because PCGS does not holder coins with PVC damage, and also guarantees the coin’s value, I contacted the company and was told to send the coin in for its spot removal service. I was instructed to check “other” on the service level, write “spot review,” and cover return shipping. If PCGS could contain the spot, it would reholder the coin. If the reslabbed coin had a lower grade, or if the coin could not be conserved, the company would pay the difference or the value.

The returned coin was at the same grade, and the spot much fainter but still visible above and to the left of the “1” in the date, 1858. The PVC contamination was stopped by an expertly applied chemical treatment.

Consider my case carefully, as far as PVC damage and PCGS service are concerned. My 1858 Large Motto Flying Eagle cent was almost uncirculated and worth more than $300. It was too risky for me to crack out the coin and attempt to fix it myself with a tiny droplet of solvent (that would have left it own telltale mark). And if I did nothing, the PVC was likely to spread, literally eating away at the value of the cent. Instead, the value of my Flying Eagle cent has been preserved (also literally).

PCGS is to applauded for its service and for honoring its guarantee.