In a historic event that has the potential to significantly expand the already rapidly-growing coin collecting market in China, “Professional Coin Grading Service, Collectors Universe (Shanghai), Ltd. (上海品吉伟仕商务服务有限公司)” will officially open on July 20, 2013.

“The opening of the PCGS Shanghai grading center (www.PCGS.com.cn) and our strategic partnership with Shanghai Quanping Collectables Co. Ltd. are the beginnings of an important new era for all collectors and dealers in China,” said Mr. Don Willis, President of PCGS, a division of Collectors Universe, Inc. (NASDAQ: CLCT).

“The coin collecting community in mainland China now will be able to easily use the services of the world’s leading coin grading service.  Coins that are certified and housed in the PCGS Gold Shield holder are guaranteed to be authentic and properly graded.  Collectors and dealers know that the PCGS certification helps maximize the value and the liquidity of their coins,” Mr. Willis emphasized. 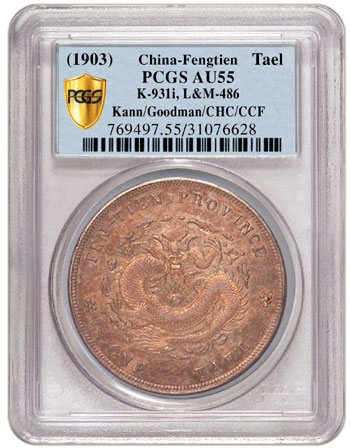 Modern Chinese coins dated after 1979 and vintage Chinese coins from the late 1700s to the mid 20th century locally available in mainland China will be accepted for examination by PCGS experts in Shanghai.

Coins must be submitted through Shanghai Quanping Collectables Co. Ltd., the official and exclusive agency handling coin submissions on behalf of PCGS in mainland China.  Quanping is a newly formed company coordinated by Mr. YU Jiwei who is the Chairman of www.Jibi.net.

Information will be announced soon at www.PCGS.com.cn about how to submit the coins to Quanping for certification by PCGS.  You can now register online to receive information by email when it becomes available, or you can call the Shanghai center after July 20 at +861 21 6467 2926.

The Shanghai grading and authentication center is the first in mainland China for PCGS and is the latest new office in a continuing expansion in Asia and Europe by PCGS, the world’s leader in numismatic certification services. 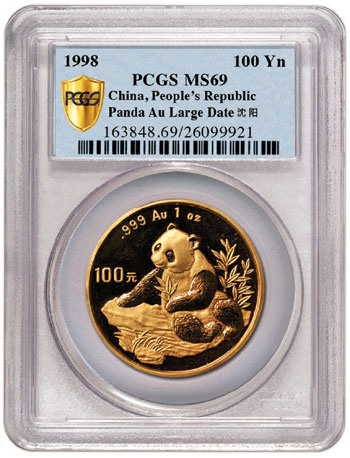 Mr. David Hall, a Co-Founder of PCGS and the President of Collectors Universe, Inc., will be among the dignitaries attending the official opening of the Shanghai office on July 20.

“PCGS was founded in 1986 and dramatically improved the way coins are bought and sold,” said Hall. “We established standardized grading and have independent, third-party experts examine the coins for authenticity and grade.  Since 1986, PCGS has examined more than 26 million coins with a combined value of over US$27 billion.  That shows the unprecedented support of collectors and dealers around the world.”

For additional information about PCGS services in Asia (in Mandarin and English) visit www.PCGSAsia.com.