Effective immediately, Professional Coin Grading Service has announced a new crossover policy for Collectors Club members and authorized dealers who now may submit mint state and proof coins graded 70 by another service with those top grades cited as the minimum acceptable crossover grade.

Previously, PCGS would only allow crossovers to have a minimum designated grade of MS69 or PR69. NGC still has that policy. 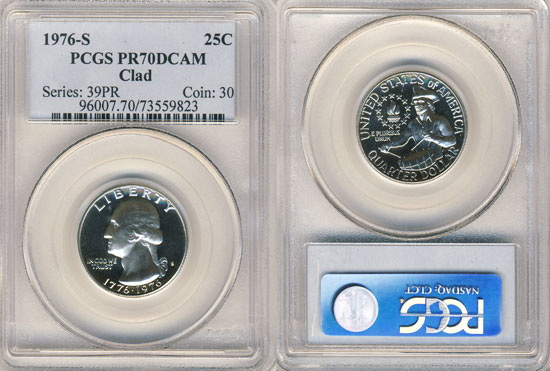 Before we discuss details of the new policy, which many collectors and dealers will favor–primarily because of the premiums an MS70 or PR70 can bring in a PCGS holder–it should be noted that graders at both top holdering companies always had three choices under PCGS’s old and NGC’s continuing policy.

Case in point: In the past, if a hobbyist or dealer submitted an ANACS MS70 Silver Eagle, for example, the submission form would have to state “MS69” as the minimum acceptable grade. That coin could come back as MS69, DNC (“Did Not Cross”) or, in rare cases, MS70. Sources at both companies confirmed this latter option has occurred before in modern coinage.

There’s a reason: corporate reputations are built on consistency. Crossover grading is about the coin and not the holder. (See my previous crossover columns as proof.) Grading standards vary at each service, so “consistency” is subject to differing measures–even between PCGS and NGC. That variable alone increases the odds of a coin graded by one company coming back at a different grade by the crossover company.

Every collector should keep that in mind. Nevertheless, hobbyists and dealers like crossover access to PCGS. While customers at NGC have complained in the past about crossover grades–to the extent that now NGC only considers PCGS for crossovers–just as many collectors and hobbyists dissatisfied with grades like to have other options apart from cracking out coins (which can damage those coins if done improperly). PCGS continues to allow crossover submissions for any previously holdered coin. This is why many PCGS club members and dealers will be excited by the new policy.

“This important change to the PCGS Crossover program is in response to many requests from our customers,” said Don Willis, PCGS president, in an email interview. “As with all attempted Crossovers the coins will be evaluated in their current holder and will not be removed unless our graders determine that the coin meets our standards.”

One of the reasons that grading companies in the past shunned the MS70/PR70 minimum grade in crossovers concerned the plastic of the holder containing scratches that may conceal the tiniest of flaws. “PCGS takes great care in handling all coins submitted for Crossover,” Willis said. “We believe we have the systems and procedures in place to safely and precisely handle all coins, even those of this perfect grade.”

Let’s return to that adage about the importance of the coin, not the holder. As a practical matter, the holder can get in the way of a perfect grade at PCGS … if the submitter demands MS70/PR70 as the minimum grade and the current holder’s plastic contains scratches or other impediments. A conscientious grader would have to state “DNC” because a determination could not be made in the coin’s current holder. 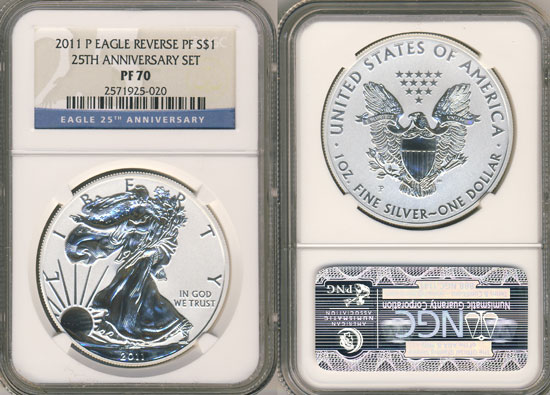 However, newer NGC and PCGS holders are exceptional with scratch-resistant qualities as well as edge views. If you’re paying for holdering, especially for top-graded modern coins, then you want to display your coin in a first-class holder. For qualities of NGC’s holder, click here. For PCGS, click here.

In a news release, Willis said the new PCGS policy is “great news for collectors who have longed for the highest grade. … They no longer run the risk of crossing their ’70’ coins at a lower grade with the PCGS Crossover Service.”

The release cautioned that PCGS will holder the coin “only if it meets or exceeds the minimum grade that is specified by the submitter, or meets the grade on the original holder. If your minimum grade is MS70 or PR70 and the coin does not meet PCGS’ strict standards the coin will be returned to you in its original holder.”

Scott Schecter, NGC vice president, confirmed in the wake of PCGS’s new policy that his company has elected not to take the same route with MS70/PR70 as minimum grade because the smallest hairline can be hidden by the plastic. This is especially true for coins that lack scratch-resistant holders. “We have always elected not to take on the liability,” he added.

Schecter, an expert in modern coins, added his company may reconsider this standard in the future. (If so, perhaps NGC will return to its former policy of crossover consideration for all coins, not just PCGS, especially as PCGS holders at MS70/PR70 tend to have equal or higher values in auction results.)

Certain issues and series of modern coins skyrocket in value with an MS70/PR70 designation. A popular example, of course, was the widely publicized PCGS 1995-W Proof-70 DCAM Silver Eagle that sold for $86,654.70 last year with more than 100 bids in a GreatCollections auction.

Savvy collectors will be more selective in trying out PCGS’s new crossover policy.

Someone somewhere owns one of two (or both) MS70 1982-D George Washington commemoratives in an ANACS holder. See this population report for verification. ANACS graders have good eyes. Both NGC and PCGS do not have in their census reports any MS70 for this year, date and mint mark; MS69 is the highest grade. If I owned one of those ANACS MS70 coins, I would not crack it open and send to NGC. I would send it to PCGS with MS70 as the minimum designated grade. I also would not put a value on the coin, sending it with others in a modern economy submission, as no one can cite the value of a PCGS MS70 1982-D Washington commemorative at that grade. (The MS69 sells for about $100.)

Can you imagine the premium on that coin coming back MS70 in a PCGS holder?

There are other examples of modern condition rarities at the MS70 level. This new PCGS policy will make you dive into price guides to see which ones.