“During his tenure, Baker oversaw the introduction of the new Peace dollar in 1921 and the subsequent design modifications in early 1922. Because of his position, he was able to acquire several important numismatic rarities that have remained off the market since the time of their production,” explained Ron Guth, President of PCGS CoinFacts (www.PCGSCoinFacts.com). 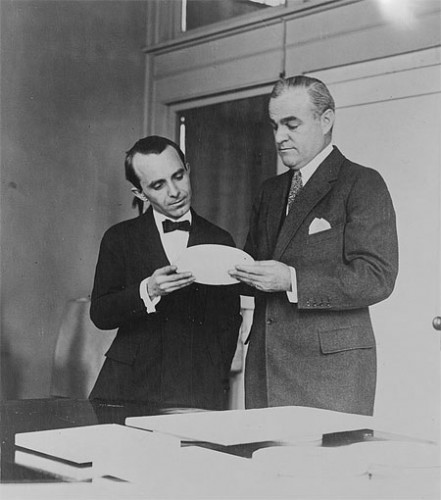 “This is a fantastic group of 1921 and 1922 transitional coins, and is one of the most significant group of 20th century coins we’ve seen in a long time,” said PCGS Co-Founder David Hall.

The coins were submitted for certification by PCGS Authorized Dealer Ronald J. Gillio on behalf of Stack’s Bowers Galleries (www.Stacks.com). Stack’s will offer them in their upcoming public auction in conjunction with the American Numismatic Association’s World’s Fair of Money in Rosemont, Illinois.

“There are three ‘discovery’ pieces among these five important coins, and PCGS has created three new classification numbers to formally recognize and catalog them. Each of the five transitional Peace dollars now have the “Baker Estate’ pedigree indicated on the insert label in their PCGS holders,” explained PCGS President Don Willis.

The five recently certified coins and their grades and varieties are: 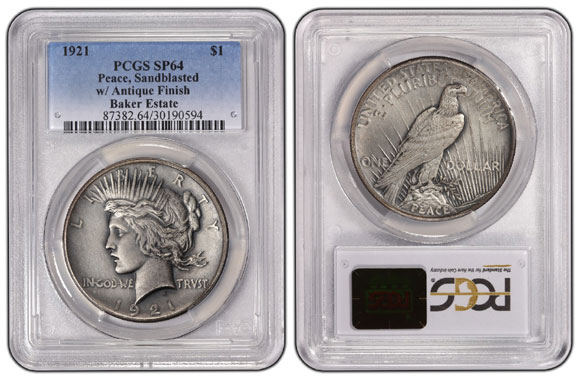 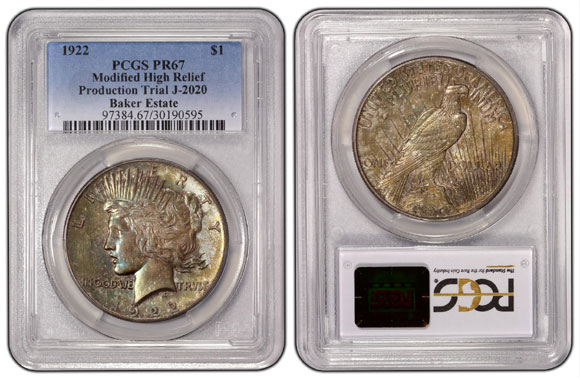 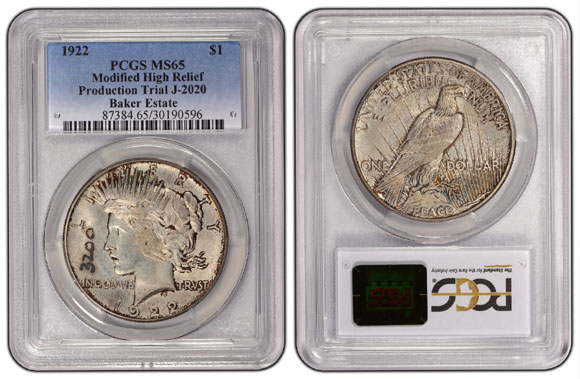 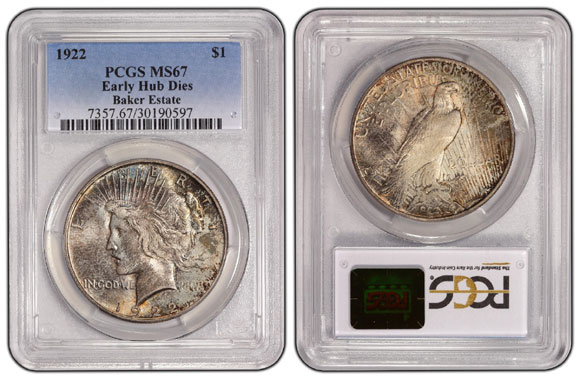 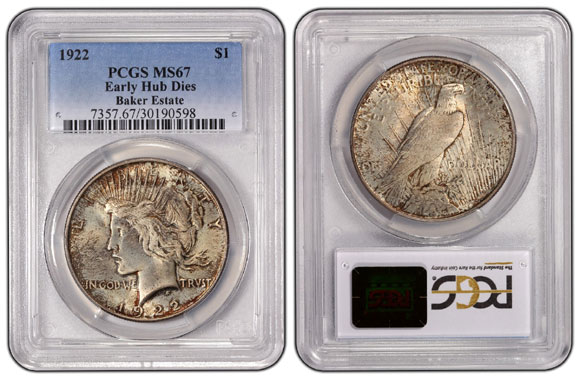 “The higher striking pressures required to bring up the full details of the 1921 Peace Dollar caused the dies to fail prematurely. In an attempt to solve this problem, Mint employees lowered the relief of the design, but only slightly. These coins are known as the Modified (or Medium) Relief design, but they failed for the same reason as the 1921s. Ultimately, the design details were reduced drastically, as seen on all of the circulation strike Peace Dollars from 1922 to 1935,” Guth explained.

One of the coins in the group can be tied directly to a January 8, 1922 letter from Mint Superintendent Freas Styer when he sent three 1922-dated experimental coins to Mint Director Baker. Superintendent Styer wrote: “…the coin marked ‘3200’ was the thirty-second hundredth piece struck – the last before the die sunk.”

Guth said, “The historic importance of that coin is immeasurable. This is one of the rare instances when a particular coin can be tied positively to contemporary correspondence.”

Earlier this year, PCGS certified the finest 1922 Matte Finish High Relief Peace dollar, graded PCGS PR67, that also originated from Mint Director Baker’s estate. It will be one of the featured exhibits in the official Museum Showcase display at the ANA 2014 Chicago World’s Fair of Money, August 5 – 9, courtesy of collector Bob R. Simpson of Texas and Legend Numismatics of New Jersey (www.legendcoin.com).