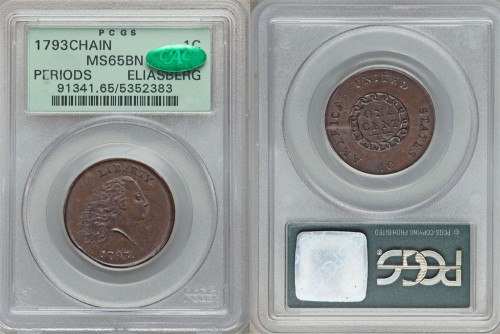 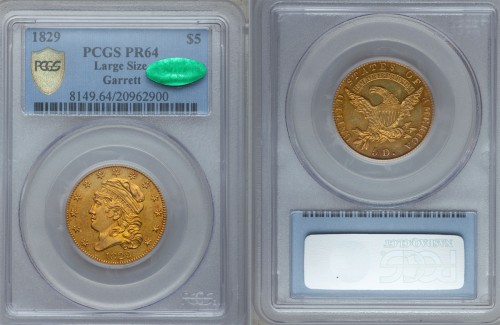 Heritage officials reported that Dr. Duckor’s 52-piece Saint-Gaudens $20 collection realized $5.68 million, as 33 of the coins set or tied record prices for their date and grade.

“It was very exciting, and Heritage did a fabulous job with a memorable catalog; 170 pages devoted to 54 lots of my collection, and with extensive comments by David Akers,” said Dr. Duckor.

“I really like PCGS, and with only two exceptions, PCGS-graded coins are the only ones I’ve bought since 1989.  Their Population Reports, grading accuracy, consistency and transparency of the company are all phenomenal.  They’re the best for grading gold.  My ‘mantra’ has always been to buy the very best quality you can afford — even stretching to buy the best including mortgaging my home! — and don’t ‘flip’ coins.  I’ve now added another mantra: Buy the coin AND the holder.  The (PCGS Secure) Plus grades have brought coins to a new level.

Twelve varieties of 1793 large cents from Loring’s collection were offered and sold in the auction, all of them graded AU53 and AU58 by PCGS.

“I’m more than happy with the results.  I received a number of kind compliments on the quality of the coins.  Heritage did a terrific job both cataloging and marketing the collection,” said Loring.  “I’m still actively collecting, as I have non-stop since 1955.  I’m very fortunate to have found a hobby that has given me great pleasure, and through which I’ve met so many fascinating people.”

Underlying the continuing strength of the market for high-quality, rare U.S. coins, Heritage reported more than 7,000 bidders participated in the auction, vying for 9,420 U.S. coins in an auction that resulted in nearly $56 million in winning bids.  All prices quoted include the 19.5 percent buyer’s premium.