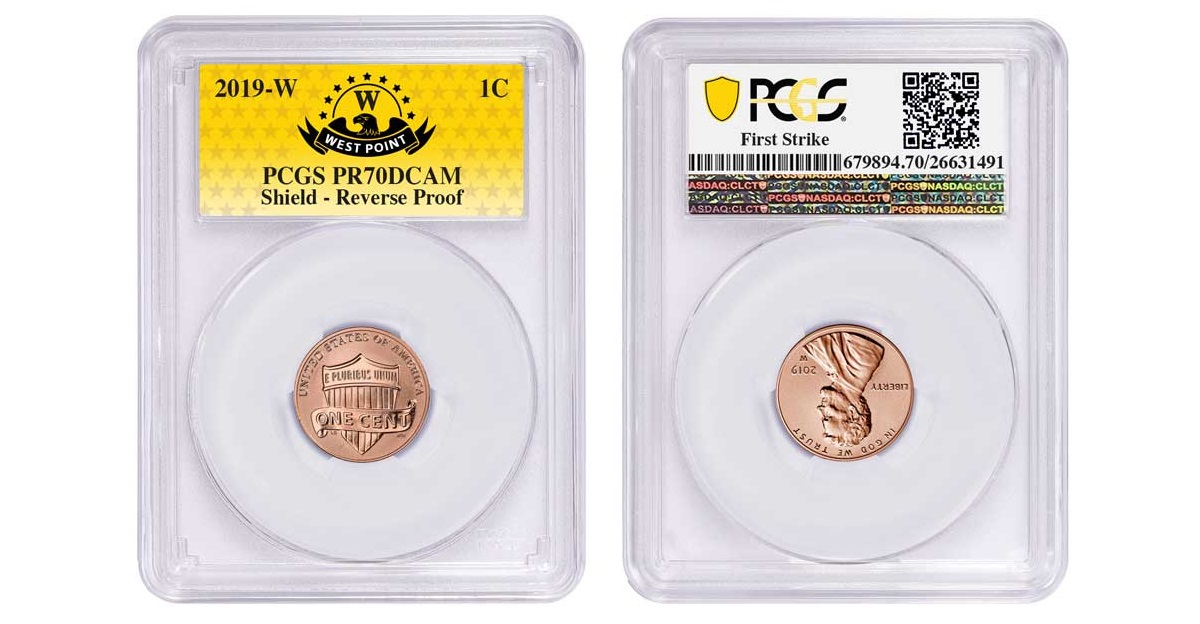 (Santa Ana, California) — On July 1, 2019, Professional Coin Grading Service (PCGS) announced a limited-edition label available only for coins produced by the West Point Mint with a “W” mint mark. The special design was launched as part of a new set of quarterly specials including free TrueView images, discounted grading fees, and a world coin crossover deal. More information on the quarterly specials can be found here.

PCGS has been an avid supporter of the West Point Mint’s new America The Beautiful (ATB) W-quarter series. Since the launch of the PCGS Quarter Quest, which offers bounties and limited time pedigrees for each of the five ATB designs, the buzz has continued to surround what has become a thrilling hunt for new circulated rarities. The creation of a special “W” Mint label is sure to further highlight these unique collectibles as well as the other special release West Point products such as the 2019-W Reverse Proof Shield cent.

Collectors interested in this limited-edition label will have to take advantage of the special offer before September 30. For more information, visit the website of PCGS.