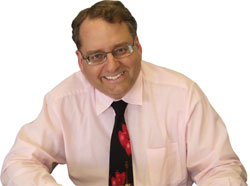 This week, coin dealer Patrick A. Heller begins a weekly radio broadcast titled “Things You ‘Know’ That Just Aren’t So, And Important News You Need To Know” that will cover breaking news and opinions in the rare coins and precious metals bullion markets. The program will be broadcast every Wednesday between 8:45 and 9:00 AM on Lansing station WILS-AM 1320. The programs will stream live on http://www.1320wils.com and then be available later on that website in both audio and text formats.

Heller, the owner of Liberty Coin Service in Lansing, Michigan, said “The public now pays more attention to the gold and silver markets than they have in decades. Unfortunately, the mainstream media just does not provide the inside and in-depth information about gold and silver and rare coins that the public craves. My weekly internet columns have recently broken several significant national stories, including the current run on the COMEX silver inventories and the explosion of identity theft that is inevitable when the provisions of Section 9006 of the Patient Protection and Affordable Care Act take effect in 2012. This radio program is the next logical step in satisfying public demand to fill the information void.”

Tony Conley, the weekday morning host on WILS 1320 said, “I’ve had the pleasure of interviewing Pat Heller a number of times on my program. Invariably, Pat brings up interesting information weeks before it is reported elsewhere. He obviously does his homework and makes predictions that prove to be much more accurate than most people would expect. This new program will give him the opportunity to provide even more information to our listeners. If his experience of doubling traffic to websites that post his columns is any indication, I am confident that he will do the same for WILS and its website.”

Award-winning Liberty Coin Service, in the Bank of America and Clippert Buildings in the Frandor Shopping Center in Lansing, was established in 1971. It is Michigan’s largest rare coins and precious metals bullion dealership. Owner Pat Heller is the author of Liberty’s Outlook, the company’s monthly newsletter, posted at http://www.libertycoinservice.com. Heller also writes weekly gold and precious metals commentaries for http://www.numismaster.com and http://coinupdate.com. Most recently, he was honored with the 2010 Greater Lansing Entrepreneurial Awards in the Retail category and with the American Numismatic Association Presidential Award in 2008. As a member of the Michigan Quarter Commission appointed by former Governor John Engler, Heller was the primary author of the written description supplied to the US Mint for the design of the 2004 Michigan quarter, effectively being the unofficial “artist” of the coin. Heller was recently interviewed by ABCNews.com and on Fox Business News.