The first five bills sought to abolish the Presidential $1 Coin program or limit the production of $1 coins through various methods. (See previous coverage of the bills here and here.) The sixth bill instead sought to improve the circulation of $1 coins with the purpose of fully transitioning from $1 bills to $1 coins. (See the previous article here.) 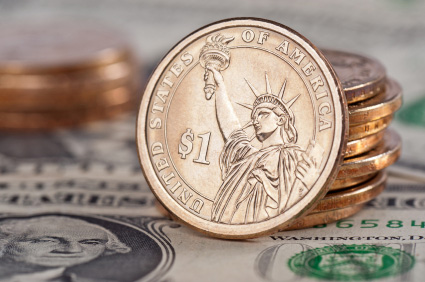 The seventh bill was introduced on September 23, 2011 by Sen. Scott Brown and Sen. John Kerry of Massachusetts. The bill S. 1624 The Currency Efficiency Act of 2011 once again views the problem as the continued production of $1 coins rather than $1 bills. However, it should be noted that the two Senators who introduced the bill are from Massachusetts, where Crane & Co. is located. This company is the sole manufacturer of the cotton-based paper products used in the production of U.S. currency.

On the other hand, the Representative who introduced the bill seeking to transition from $1 bills to $1 coins hails from Arizona. The state is responsible for about 60% domestic copper mining production. The composition of the current $1 coins is 88.5% copper.

Specifically, S. 1624 would suspend the production of Presidential $1 coins during any period which the Secretary of the Treasury determines that the surplus supply exceeds the reasonable circulation needs for one year. Additionally, there would be a specific restriction on the overproduction of $1 coins, which could not be minted or issued during any period when the number of $1 coins issued by not in circulation is more than 10 percent of the number of $1 coins in circulation. The bill provides that the issuance of the First Spouse Gold Coins would not be affected by changes in the issuance of Presidential $1 Coins.

Two final provisions of the bill remove the requirement for Federal Reserve Banks to make unmixed quantities of newly issued Presidential $1 coins available during an introductory period, and require the Federal Reserve System to determine an appropriate inventory level for $1 coins and adjust inventories to this level though methods which minimize storage expenditures.