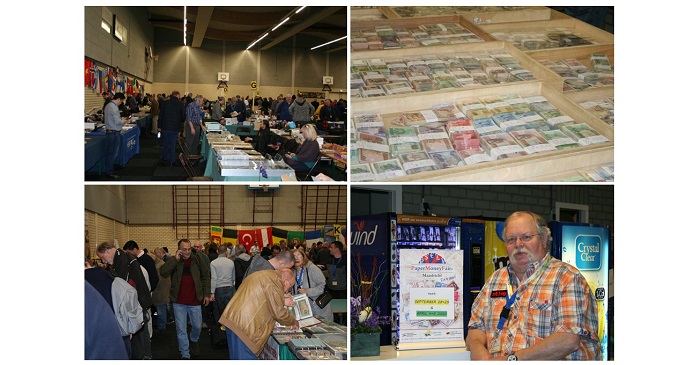 For the banknote enthusiasts or notaphilists to be wholly accurate, this last weekend was an important date in the banknote collector’s calendar, which took them to the delightful city of Valkenburg. In the current electronic payments climate where we’re witnessing a race to determine which country will rush to the finish line to be the first cashless economy, the atmosphere at the Paper Money Fair was anything but cashless, as banknotes were the order of the day as collectors and dealers alike noticed a significant upturn in both the demand and availability of a variety of banknotes.

The Paper Money Fair in Maastricht/Valkenburg, is, for many, a pilgrimage. an excellent source of entertainment, and the place to find elusive banknotes. At any rate, it is, without a doubt, one of the largest banknote events in Europe, in terms of dealer participation and collector attendance. This time of year, usually the first or second weekend in April, the trek begins, and the city of Valkenburg aan de Geul, a municipality situated in the southeastern Dutch province of Limburg, is literally teeming with banknote activity for much of the week.

Now in its 33rd year, with more than 20 of those years having been hosted in Valkenburg, about 10 miles east of Maastricht, The Paper Money Fair has grown year by year, in terms of popularity and participation. This year’s fair welcomed more than 200 individual dealers representing more than 50 countries as far afield as China, Indonesia, the United States, Australia, and everywhere in between. 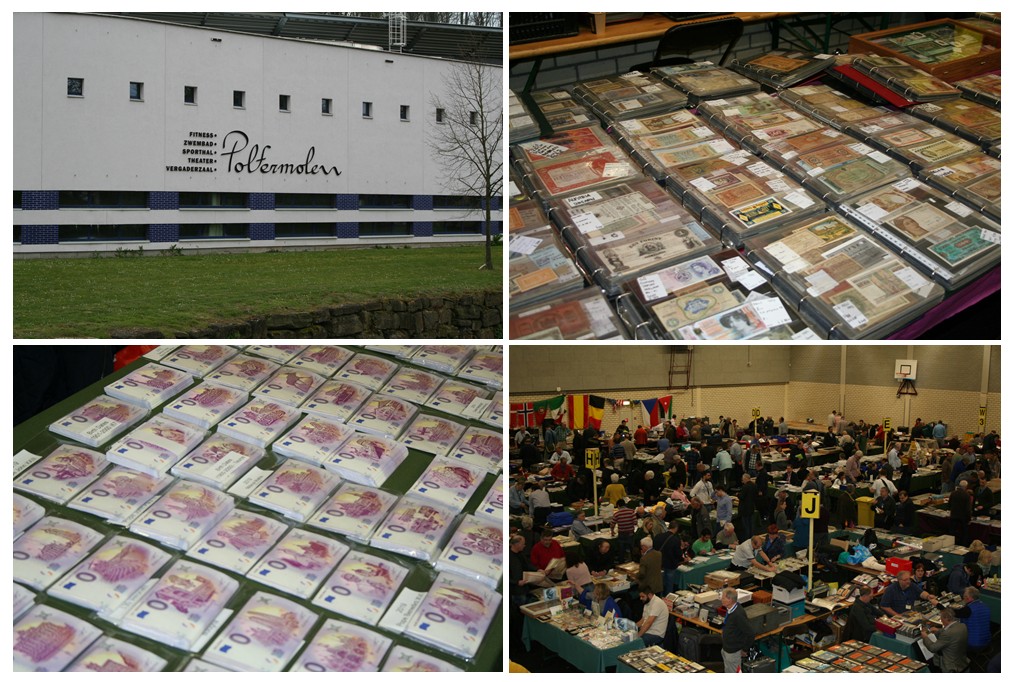 Beginning on the 9th April, dealers reported a noticeable increase in activity during the three-day pre-bourse opening with many remarking they either didn’t bring enough stock or high-priced items. From the Friday, 12th April, activity was still buoyant, with the organisers commenting the numbers attending by this day were above last year’s numbers. With earlier opening hours in effect for Saturday and Sunday, there were eager collectors waiting for the doors to open in the hopes of being among the first to get into the bourse in search of an assortment of bargains and finds.

If you’re already a resident of Europe, finding your way to Valkenburg, via Maastricht, is incredibly easy to do. If you can’t fly into Maastricht direct, Eindhoven Airport is a suitable alternative, and, of course, a well-connected railway system is easily navigated as well. The next Paper Money Fair is their autumn show with dates September (27th pre-bourse) 28th to the 29th.

The show’s organiser, Mr. Jos Eisermans, has cautioned that the current venue might change for next year. The Polfermolen building used for these many years is scheduled to undergo a re-fit, and, as a result, it may no longer be suitable to accommodate future fairs. Mr. Eisenmans advises those interested in attending next year to please check his website regularly for any updates. Barring any unforeseen changes, the date for the Spring Paper Money Fair is Friday, 3rd April, to Sunday, 5th April 2020. For more information about both the spring and autumn shows, please click here.