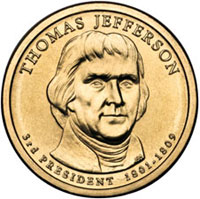 My daughter and I recently attended the 2010 Dulles Coin & Currency Expo in Chantilly, Virginia.  We had been looking forward to the event for some time.

When we arrived, I noticed there was roughly 3 dozen dealers in the hall, offering everything from gold and silver bullion to expired notes and certificates.  I had a short list of items in which I was interested: Mint and Proof Sets, American Silver Eagles, and half dollars. I also had made lists of what I already owned, as to not accidentally purchase duplicates.  My daughter had the idea of getting coins from her birth year, and initially set her sights on a tenth-ounce American Gold Eagle coin, but I thought it would be too expensive.  She also said she wanted “shiny coins”.  After making comments of how shiny they were, I pointed out the prices, some well in to the hundreds.  She said “the shinier the coin, the more expensive it is.”  Smart girl.

The best moments of the show were the interactions between my daughter and the dealers.  One of them asked her if she would like to trade a dollar for a dollar.  She looked at me for approval, which I gave, and handed the dealer one of her dollar bills.  The dealer retrieved a well-worn $1 silver certificate, and began asking her what differences she saw between the two.  She was shy, and really didn’t answer him, so he prompted her a bit, directing her to the color of the seals: blue for the silver certificate, and green for the Federal Reserve Note.  He then told her about how you could go to the bank and get silver coins for the certificate.  The exchange was made, and the dealer told her “not to let Dad spend that one”.

Another dealer asked her, “A penny for your thoughts?”  She was too shy to say anything, so he changed it to a smile, which she did.  He gave her a very well-worn Victorian-era British penny, which she really enjoyed.  (I later upped the ante with 12 more British pennies to give her a good start on a collection.)

A third dealer, from whom I was purchasing a raw 2010 American Silver Eagle, offered her a choice between a $1 silver certificate and a Jefferson Presidential dollar: she chose the coin, reinforcing her “shiny coins” motif.  This will be added to her existing Whitman Presidential Dollar collection.  It was nice to see them making an effort to give the younger attendees a very positive experience.

The worst moment was my own doing.  We were browsing one dealer’s selection of slabbed coins, and I saw a 1909-S VDB Lincoln Cent graded at F-15.  I asked the dealer what his price was for that coin, and he said “twelve-fifty”.  I proceeded to retrieve 12 dollars and 50 cents, when he interjected, “No, I mean twelve-hundred and fifty dollars”  I began apologizing profusely, trying to get out of the awkward situation, as I definitely did not have that much money.  My embarrassment continued when he said, “usually when someone is asking about a ’09-S VDB, they have an understanding of the price range…”  I continued my apologies, and we left his area as soon as possible.  I should have known it was very expensive before asking, and I will definitely not make that mistake again.

When all was said and done, I had purchased a 2004 silver proof set, the ASE, and two circulated Franklin Half Dollars. My daughter left with a 1953 Lincoln cent, a 2004 American Silver Eagle slabbed and graded at MS-69, and a circulated Mercury Dime, along with the gifts and the trade.  This was the second time I attended this coin show, and my daughter’s first: I am certain we will go again next year.