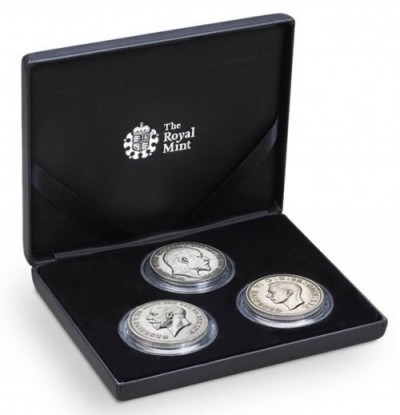 The Royal Mint has officially launched a silver three-crown coin set focusing on the last three Kings of the United Kingdom, whose reigns collectively spanned from 1901 to 1952. The three coins are all original crowns previously struck by the Royal Mint and are minted for only one year each. In January 1901, the eighty-three year old Queen Victoria passed away – after a record-setting sixty-three years on the British throne. Her son and heir, the Prince of Wales, was almost fifty-nine years old when he ascended the throne–the oldest Prince of Wales to yet succeed to the throne. 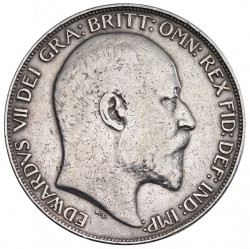 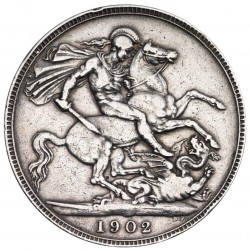 Edward VII: Prince Albert Edward was married to the beautiful and popular Alexandra of Denmark, the daughter of Denmark’s king. Together, they dominated the social scene of London and the United Kingdom from the time of their marriage in 1863. Prince Albert Edward chose the name Edward upon his accession and was crowned in Westminster Abbey on August 9, 1902, having had to postpone the original coronation date due to a bout of appendicitis. King Edward VII was considered one of the most popular Kings since the 1660’s and was adept at diplomacy. Though shielded and, in some instances, discouraged from the affairs of state by his mother, he championed the “Entente Cordial” between the United Kingdom and France. King Edward VII was also known as the “Uncle of Europe,” as so many of his relations sat on European thrones; his own daughter became Queen of the newly independent Kingdom of Norway in 1905 and his nephew was the Kaiser of the German Empire. He passed away after only nine years on the throne and was succeeded by his second son, Prince George, the Duke of York. 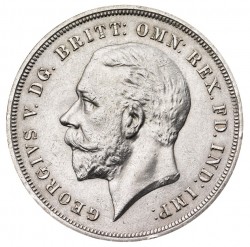 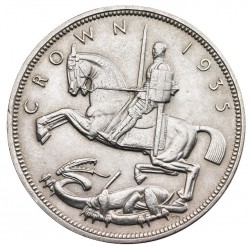 George V: Prince George, the Duke of York, never expected to be king as he was the second son of King Edward VII and Queen Alexandra. His elder brother, Prince Albert Victor, the Duke of Clarence, died unexpectedly in 1892 from an influenza pandemic. His fiancé, Princess Mary of Teck, had been chosen by the family as a suitable consort for Prince Albert Victor, but she ended up marrying his younger brother to become the Duchess of York and eventually Queen consort, as had been planned. Prince George succeeded his father and would see many changes in the United Kingdom, including a world war that would pit him against many of his closest relatives, including his first cousin, the Kaiser Wilhelm II of Germany. It was during the reign of George V that the British Royal family was compelled to change the name of its dynastic family from Saxe-Coburg-Gotha, the name of the house of Prince Albert, Prince consort to Queen Victoria, to the house of Windsor, named after the seat of the Royal family, Windsor Castle. George V celebrated his silver jubilee in 1935, the first king to do so since the reign of King George III. He died shortly after these celebrations in January, 1936. He was succeeded by his eldest son, Edward, Prince of Wales; this reign would be troubled from the start.

The Prince of Wales, now King Edward VIII, was a handsome and immensely popular royal figure. He had been active on the international social scene and was a sought-after guest at many events and parties in London. There were worries within the Royal family and the government that he had not made any great effort to marry a suitable woman and provide an heir, which his younger brother Prince Albert had done when he and his wife, Lady Elizabeth Bowes-Lyon, welcomed their first child, Elizabeth. When it became public that King Edward VIII wanted to marry Mrs. Wallis Simpson, a twice-divorced American woman, the government, the British dominions, and the Church of England made it known to the King that his choice was un-acceptable as he was in effect the head of the Church. He was given an ultimatum: end his relationship with Mrs. Simpson or abdicate. He chose the latter and in December, after just ten months on the throne, he abdicated in favor of his youngest brother, the Duke of York. 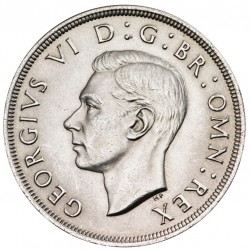 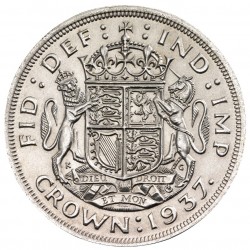 George VI: Prince Albert (as he was known) became King George VI and was crowned in Westminster Abbey along with his wife, the new Queen Elizabeth, on the same day as was scheduled for his elder brother. The pressures of Kingship proved especially challenging for the new King who never expected to fulfill this immense task. King George VI suffered from a speech impediment, a stutter which made delivering speeches in public very difficult for him. Within two years of his coronation, the United Kingdom found itself having to declare war on the German Reich after their invasion of Poland and both he and the Queen soon became symbols of war resistance and resolute courage in the face of adversity. In May 1945, the King and Queen, together with Prime Minister Churchill and Princesses Elizabeth and Margaret, stood on the balcony of Buckingham Palace in celebration of victory in Europe, with another celebration of victory—this time over Japan—to follow in August the same year. The public were not made aware of the frail health of their King. He celebrated the wedding of his daughter, Princess Elizabeth, to Lieutenant Philip Mountbatten in 1947, as well as his silver wedding anniversary in 1948 and the birth of his first grandchild. King George VI died in February 1952 at the age of fifty-six, after just over fifteen years on the throne. He was succeeded by his twenty-five year old daughter, the present Queen Elizabeth II, who in September of this year will celebrate a milestone of her own when she surpasses the record-long reign of her great-great grandmother, Queen Victoria.

The coins included in the set are all previously circulated and include three specific coins minted from 1902 to 1937. Included is the 1902 crown minted for Edward VII in the year of his coronation. A portrait by George William de Saulles features the new King facing to the right on its obverse. The reverse includes the iconic design of St. George slaying the dragon by Benedetto Pistrucci – this design was originally introduced on British coinage in 1817 and has appeared intermittently on both sovereigns and silver crowns since this year. The coin was available as a circulation strike, a BU specimen, and was included in a magnificent proof set. In 1935, George V celebrated his silver jubilee and, as the United Kingdom’s first proper commemorative coin, a silver crown of fifty percent silver was issued with a new version of St. George slaying the dragon. Designed by well-known medal and coin artist Percy Metcalfe, the coin was issued both as a circulation strike and a BU specimen and proof example. The obverse portrait, used on all of the King’s coinage during his reign, was created by Bertram Mackennal, a highly regarded Australian artist. In 1937, the Royal Mint issued new coins with modified reverse designs and, of course, a new effigy of King George VI. The obverse portrait of the King was created by Humphrey Paget and shows the monarch uncrowned and facing to the left (his brother’s coins would have traditionally depicted him facing to the right). This effigy is still highly regarded in numismatic circles for its simple, balanced, technically near-perfect appearance. The crown, with a depiction of the British coat of arms and designed by famed artist George Kruger-Gray, was issued as a circulation strike and a BU specimen, as well as in the 1937 Proof set. This coin, although a one-year only issue, is not considered a commemorative coin but rather a currency coin of five shillings. This was the only silver crown issued during the reign of king George VI–a second crown coin, struck only in cupro-nickel, was issued in 1951 in celebration of the Festival of Britain.

All three coins are encased in a custom presentation box. For more information on this and other coins offered by the Royal mint, please visit their website. Information is offered in English, with international orders dispatched where applicable.