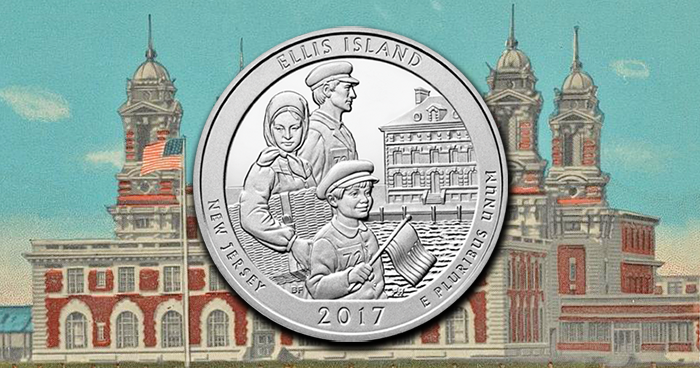 The public and the media are invited to the ceremony to mark the release of the Ellis Island quarter, the 39th coin in the United States Mint’s America the Beautiful Quarters Program, on Wednesday, August 30, 2017, at 11 a.m. ET. The event includes a coin exchange of $10 rolls of newly minted Ellis Island quarters after the ceremony. Barbara Fox, designer of the quarter’s reverse, will be available for interviews before the ceremony. Additional attendees of the event include:

The event will be held on Ellis Island at the Flagpole Area, Jersey City, NJ 07305. Ferries will be available for transport and will be leaving from Liberty State Park, NJ, and Battery Park, NYC. Ferry fees still apply for all attendees. (Continued below.) 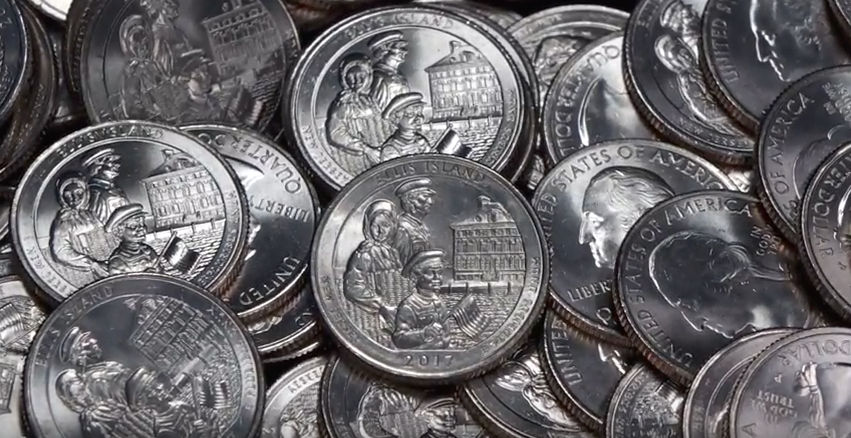 After the ceremony, the United States Mint will host a coin forum at 12:30 p.m. (ET), at the Ellis Island Flagpole Area. The coin forum is an opportunity for the public to learn about upcoming coin programs and initiatives, and express their views about future coinage.

About the America the Beautiful Quarters Program