The new auction year gets in full swing with several auctions scheduled during the first few weeks of 2017. Last week, we previewed Heritage Auctions’ “Platinum Night” offerings at this year’s FUN Convention, held in Fort Lauderdale January 5 through January 8. This week, we’ll look at highlights from Stack’s Bowers Galleries’ auction sessions at the New York International Numismatic Convention (NYINC), which takes place in downtown Manhattan January 12 through January 15. All lots discussed in this article as well as all other lots of these sessions can be viewed in detail at stacksbowers.com.

NYINC is considered one of the premier events of ancient and world coins and paper money. Stack’s Bowers will hold Session A, World Paper Money, with 401 lots in a floor auction, as well as Session D, Internet only, with 559 lots. The floor auction, which will be held at 1 p.m. Eastern Time on January 12, includes numerous rarities that are very seldom offered for sale. One of those is lot 1170, a 1923 100 Tomans issued by the Imperial Bank of Persia and payable at Kermanshah only. Graded Choice Very Fine 35 by WBG (Pinholes, Probable Restoration), this is a tremendous example of one of the rarest banknotes from present-day Iran. The 100 Tomans was the highest denomination issued by the bank, which was closed in 1932, at which time the bank’s books showed just 153 notes of this denomination still outstanding. Only a minuscule number of those are known to have survived, and auction appearances of this denomination are extremely infrequent. 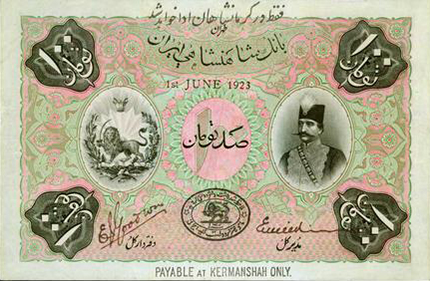 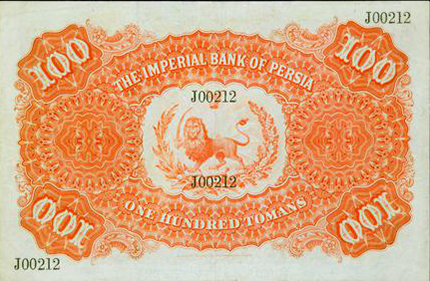 Another world-banknote rarity offered in the sale is lot 1405, a 1908 Zanzibar 5 Rupees graded Very Fine 35 by PCGS. Zanzibar holds a special place in the hearts of world-banknote collectors, as all notes from this island off the coast of Tanzania are rare. For collectors seeking a single note from each country that issued banknotes (a very popular endeavor), examples from Zanzibar are considered to be among the most difficult. While the 5 Rupees is a relatively low denomination, survivors of even this denomination are very rare, especially in issued form, and examples of any denomination very rarely come up for sale at auction. This particular piece is said to be new to the collecting community. It recently turned up at a coin shop in the United States and is considered to be among the finest known issued examples of this iconic design. 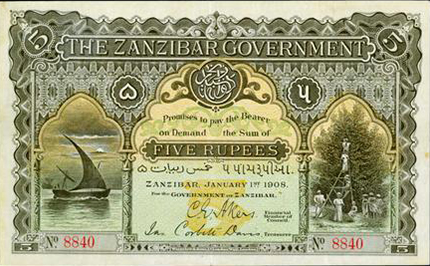 Coins are offered in two parts by Stack’s Bowers at NYINC, the first (Session B) being at 6.30 p.m. Eastern Time on January 13, and the second (Session C) at the same hour on January 14. Combined, nearly 1,000 lots are offered for sale in both sessions, beginning with coins from the ancient world and continuing with more modern coins, offered alphabetically by nation. One of the highlights of the ancient session is lot 2008, a Tetradrachm of Akragas (present-day Agrigento, Sicily), issued ca. 420–410 B.C. Graded Choice VF by NGC, the coin is an extremely rare type known from only a handful of examples. Coins from Sicily are very popular, and this example, of somewhat primitive style, should see spirited bidding.

Moving on to more modern coins, one of the absolute highlights of the auction (at least for your author) is lot 2477, part of an outstanding selection of coins from Great Britain. It’s an 1839-dated 15-piece Proof set, containing all denominations struck that year for circulation in Proof format, plus a pattern gold 5 Pounds (never issued for circulation). The 5-Pound coin is of the famous “Una and the Lion” design by William Wyon, considered to be one of the most appealing coin designs ever produced in the British Isles. The set, all certified by NGC in individual holders, must have been kept together ever since it was first produced in the late 1830s, as all the silver coins have similar toning patterns (a telltale sign of an original set).

Some classic Russian rarities are included in the second part of the auction. Lot 3311, for example, is a very seldom offered 1716-dated gold Ducat struck under Peter I. Graded AU-55 by PCGS, this is a rare type that incorporates Latin legends instead of the Cyrillic legends usually found on Russian coins. Among the finest known, the coin is surpassed by only a single finer example in the population report. Another rare Russian gold Ducat is offered as lot 3322, a 1750-dated example struck under Elizabeth and graded AU-58 by PCGS. This is the finest known example certified, a type that incorporates St. Andrew on the reverse, and is considered to be extremely rare.

While there are many rarities worthy of discussion here, there are too many to cover them all—but there is one more (modern) rarity we would like to mention. Lot 3409 is a 1925-B 100-Franc piece graded MS-65 by PCGS:

A large-size gold coin with an iconic design mostly known for having been used on the frequently traded gold 20-Franc pieces, this one-year type had a mintage of just 5,000 coins. The design, which is not very impressive on the small 20 Francs, truly comes to life on this large coin (which contains almost an ounce of gold); due to the softness of gold, it is a miracle that this coin survived in gem condition. Even if you do not have any interest in Swiss gold coins, this is one that you should check out merely for the pure beauty of the design.   ❑