I purchase coins on the Internet portal Proxibid, monitoring all numismatic auction houses for my personal site, Proxiblog. I send raw coins for my set registry to PCGS. Ones returned to me as altered have distinct characteristics–the topic of this post.

Whizzing constitutes numismatic malpractice. Coin doctors use of a high-speed drill with a brush-like implement, which used to be easy to detect because the process often damaged the cartwheel effect on Morgan dollars and overshot devices on small coins like Mercury dimes. However, in recent years, those tools have become more sophisticated with dentist-drill-like speeds and micro-fiber abrasives. Combined with other methods, such as heating the metal to erase the hairlines or dipping and toning methods to unify the sheen, these doctored coins are becoming more difficult to identify.

I’ve seen examples in ANACS and ICG holders that not only failed to cross when I sent them to PCGS, but that also came back with “Genuine 94” labels. Those professionally doctored coins are hard to illustrate via photographs. So I’ll illustrate methods with three more obviously whizzed coins that sold recently on Proxibid. 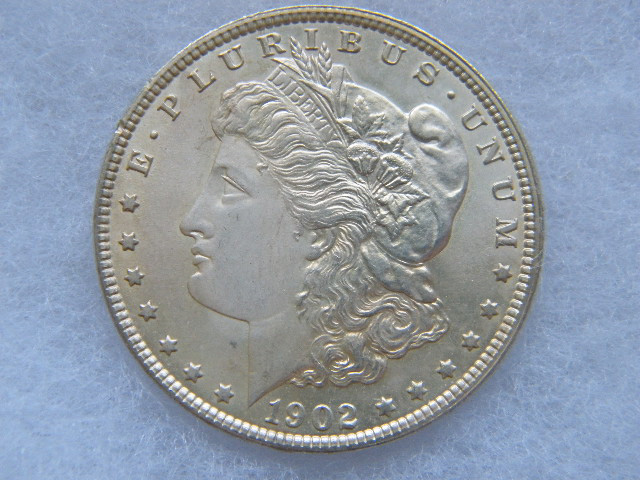 The 1902 Morgan has a flat-appearing surface whereas the cheek of Lady Liberty should be round on an uncirculated coin. The metal on the cheek and below the chin and upper part of the neck is lighter due to tooling. Luster, which occurs naturally from metal flow lines (causing a cartwheel effect after striking), is duller on this coin than normal–evidence of dipping to unify tone. 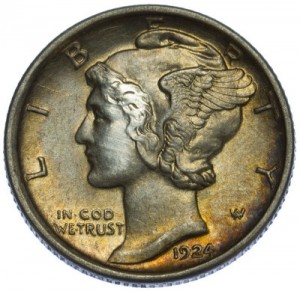 The 1924 Mercury dime had excellent luster and natural tone–except on the cheek and part of the hair above the cheek. The coin “doctor” here was obviously an “intern” as he could not whiz within such a small device, such as the cheek. To rectify the error, he tried heating the coin, leaving telltale wave marks, a more serious malpractice. 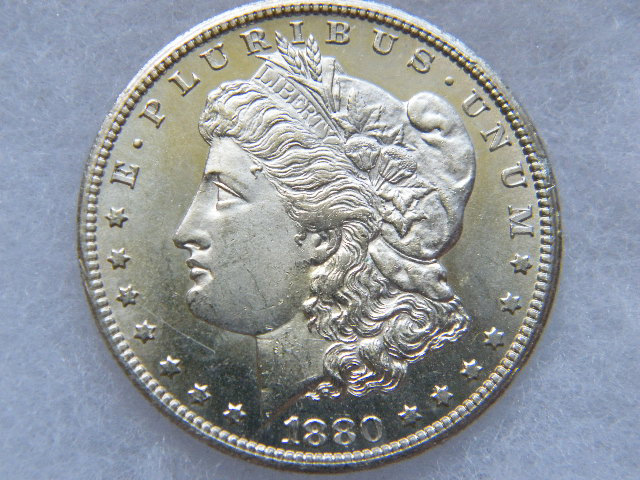 The 1880 Morgan is actually a semi-key Carson City. (The reverse is unaltered and thus not shown.) This is tooled more professionally with only a slight overbrush just below the chin and upper neck near the chin. Luster is largely present. In fact, the whizzed part is seemingly unified tonally with Lady Liberty’s headdress, primarily because the coin probably was a heavily bag-marked but well-struck, frosty MS62.

Why did the coin doctor do this, especially to a Carson City?

In the past, I have been duped by whizzed coins like these. I learned the hard way after submitting coins to PCGS. My goal here is to indemnify you from numismatic malpractice.