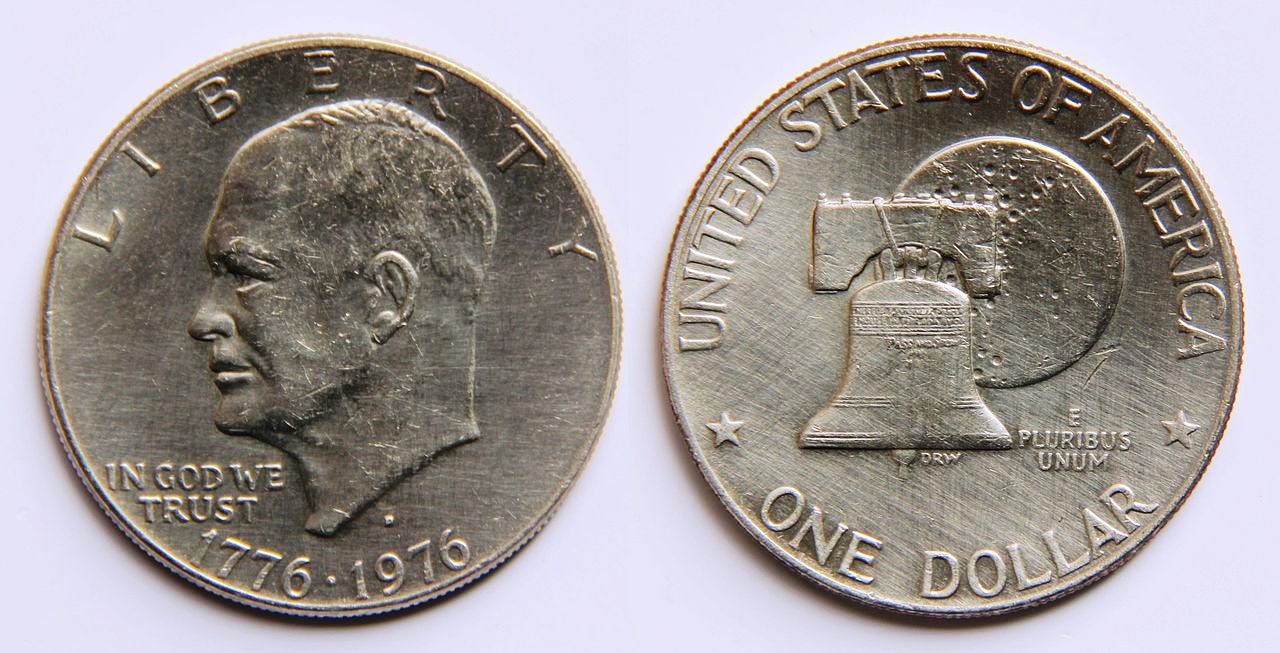 When it comes to Independence Day, there is no shortage of coin or medallic issues that could potentially be discussed. However, for the sake of timeliness, I will focus my discussion on some of the bicentennial issues that came out in the mid-1970s. In 2019 we are situated roughly at the midpoint between the bicentennial, which took place 43 years ago (1976), and the tricentennial (or tercentennial), which is still 57 years away (2076). This means the lesser-known sestercentennial of the United States’ Declaration of Independence is rapidly approaching in 2026. While collectors should be on the lookout for some fascinating issues in 2026, let’s flashback to 1976 to predict what may come our way in the future. 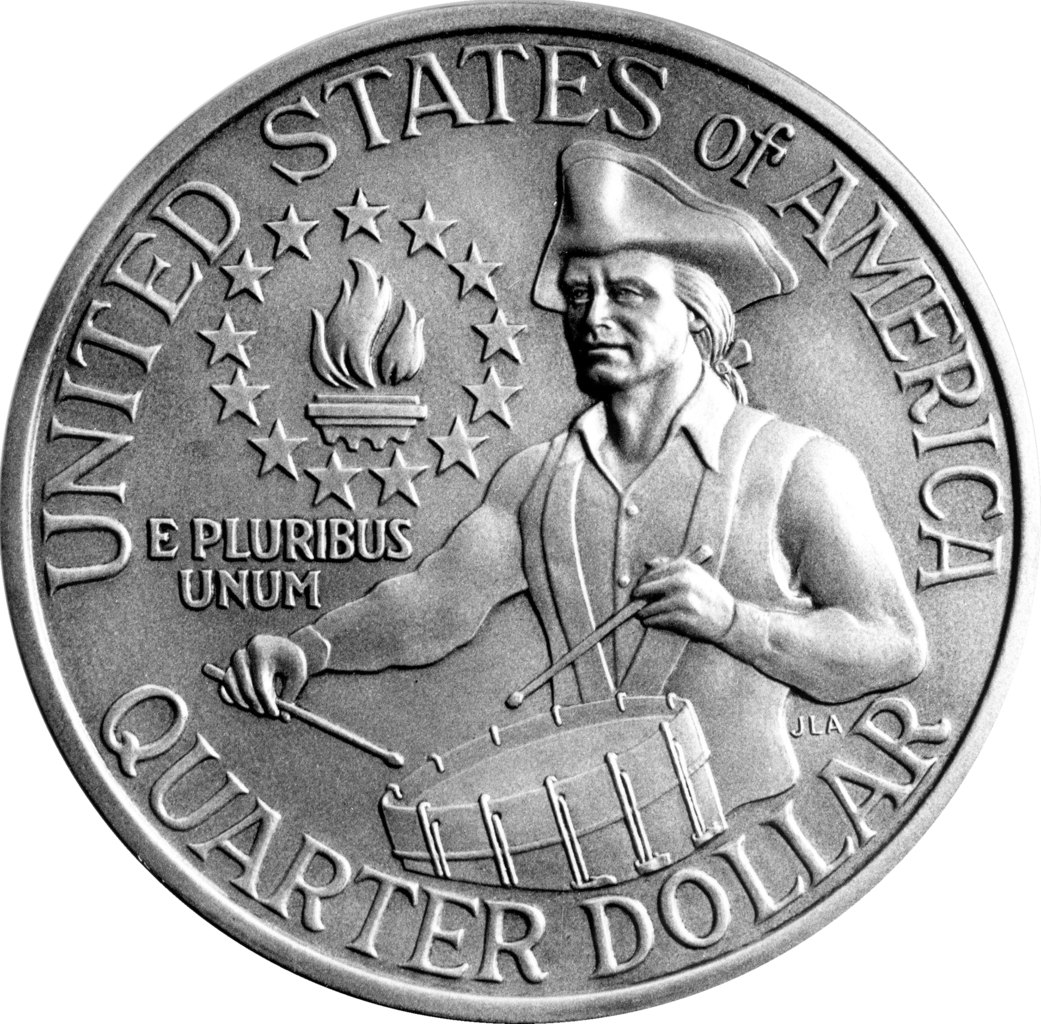 The first of these issues I will cover from the mid-1970s was a series of circulating commemorative coins, which include a quarter, half dollar, and two types of dollar coins (Type I and II). All three bear the double dates 1776-1976 and special designs were featured on the Washington quarter, Kennedy half dollar, and Eisenhower dollar. The number of circulating coins struck by the Philadelphia and Denver mints was cataloged in the 73rd edition of the Guide Book of United States Coins:

Given the large number of coins that were struck, these Bicentennial issues can still be obtained by collectors for a relatively low cost. This is a classic example of supply and demand when applied to coin collecting. 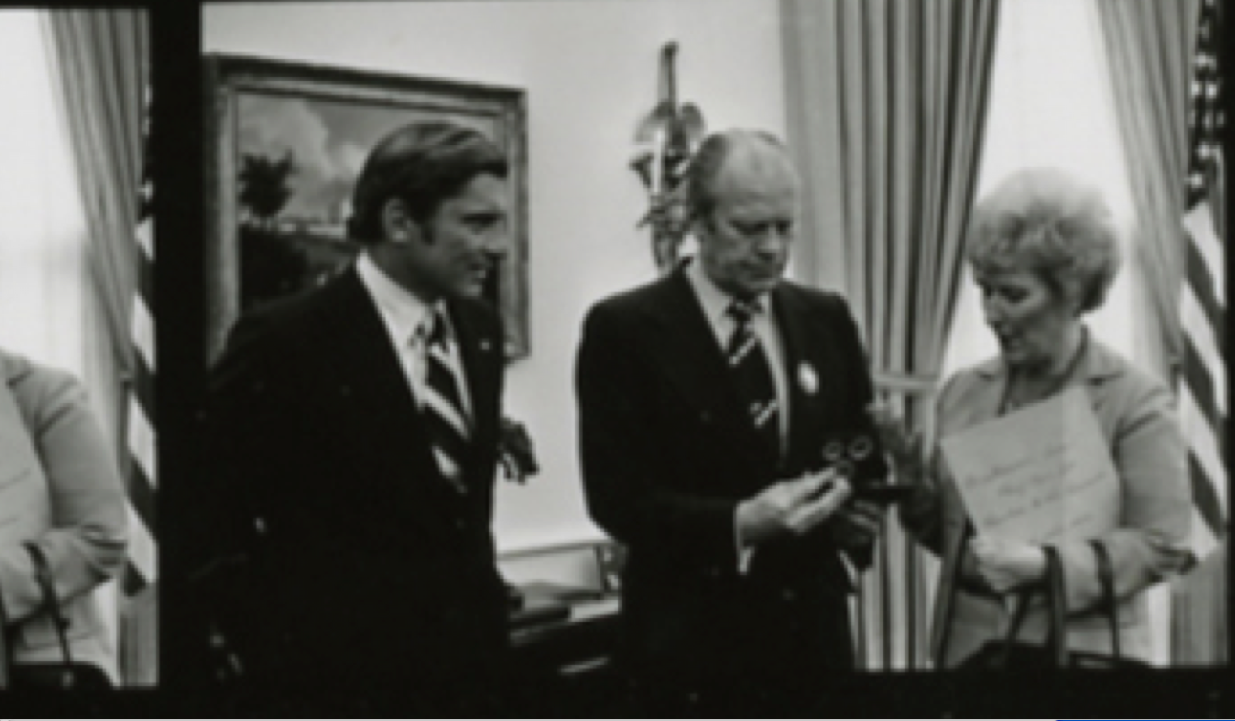 The 1975 and 1976 San Francisco Mint six-coin sets that included these coins met a similar fate, and the number produced is also documented in the 73rd edition of the Guide Book of United States Coins:

In a piece for COINage in August 1977, concerning the value of the San Francisco Mint silver sets, the late Ed Reiter penned a statement from coin dealer Marcel Sassola:

There were just too many sold, and I think it will take a long time before they have any real value. Maybe by the Tricentennial.

Given the low cost of obtaining these coins and sets now, there is little to lose if a youthful collector should choose to make a potential investment for the upcoming sestercentennial and tricentennial. However, for the majority of collectors, it may simply be better to wait and see what products come out in 2026. 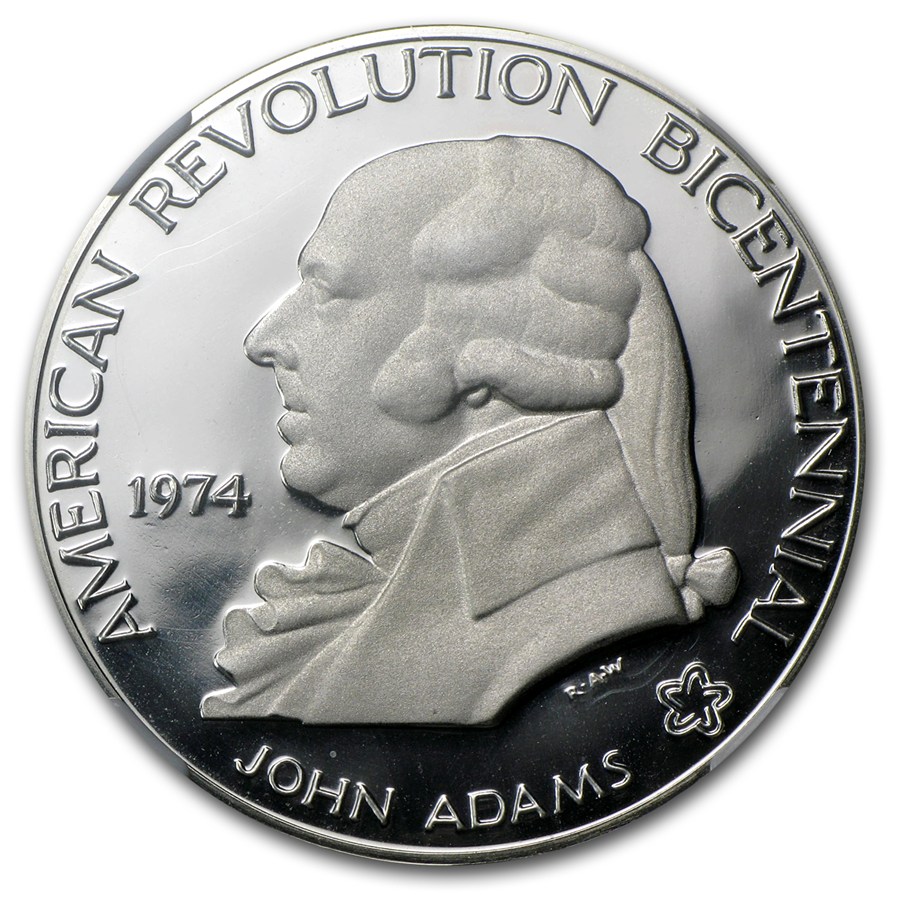 In the text American Gold and Silver: U.S. Mint Collector and Investor Coins and Medals, Bicentennial to Date, it is relayed that the first bicentennial medal issued by the United States Mint was struck in 1972 and designed by Ralph J. Menconi. This medal featured a profile of George Washington with a depiction of the Liberty Tree in Boston. From 1973 to 1976, the Mint also issued a selection of .925 fine silver medals priced at $10. Bronze versions were priced at $3.50. The persons depicted on these medals include: 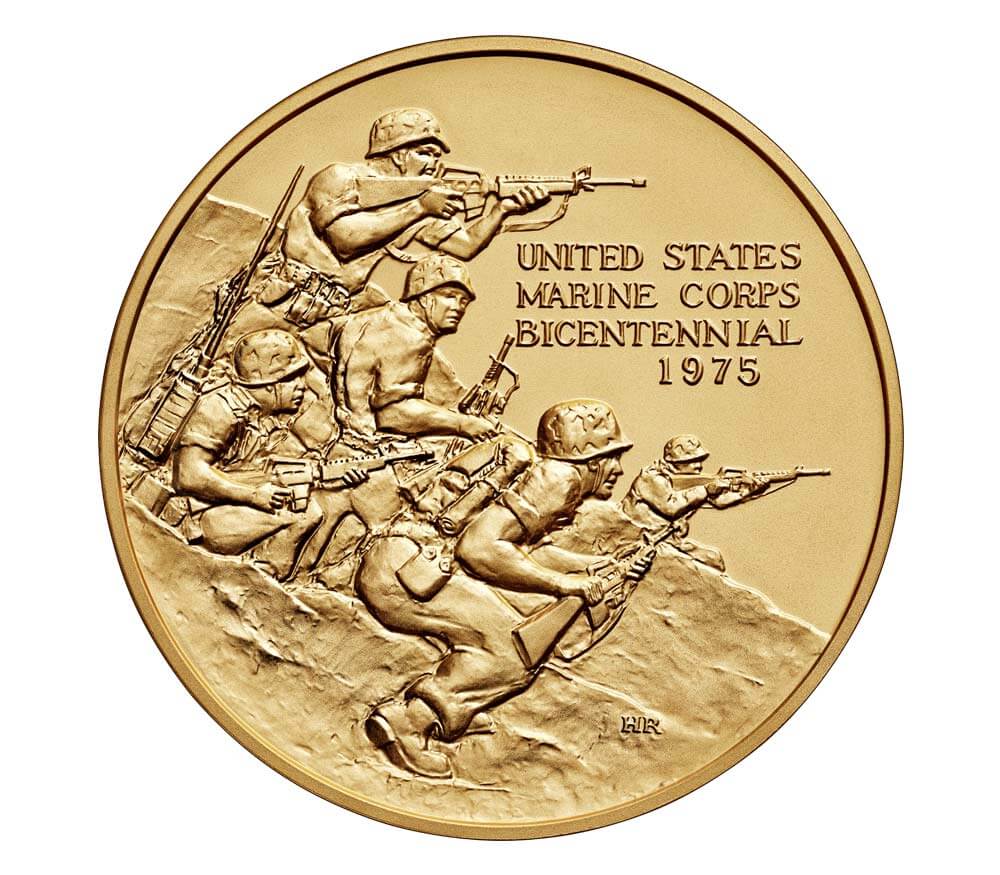 In 1975, the Mint also issued a series of three-inch bronze medals commemorating the 200-year anniversary of the U.S. Marines, Navy, and Army. Coast Guard medals were also included despite the modern branch being founded in 1915, while the original organization was founded in 1790 as the “Revenue-Marines.” These medals are still on the Mint’s website and are minted at the Philadelphia Mint. 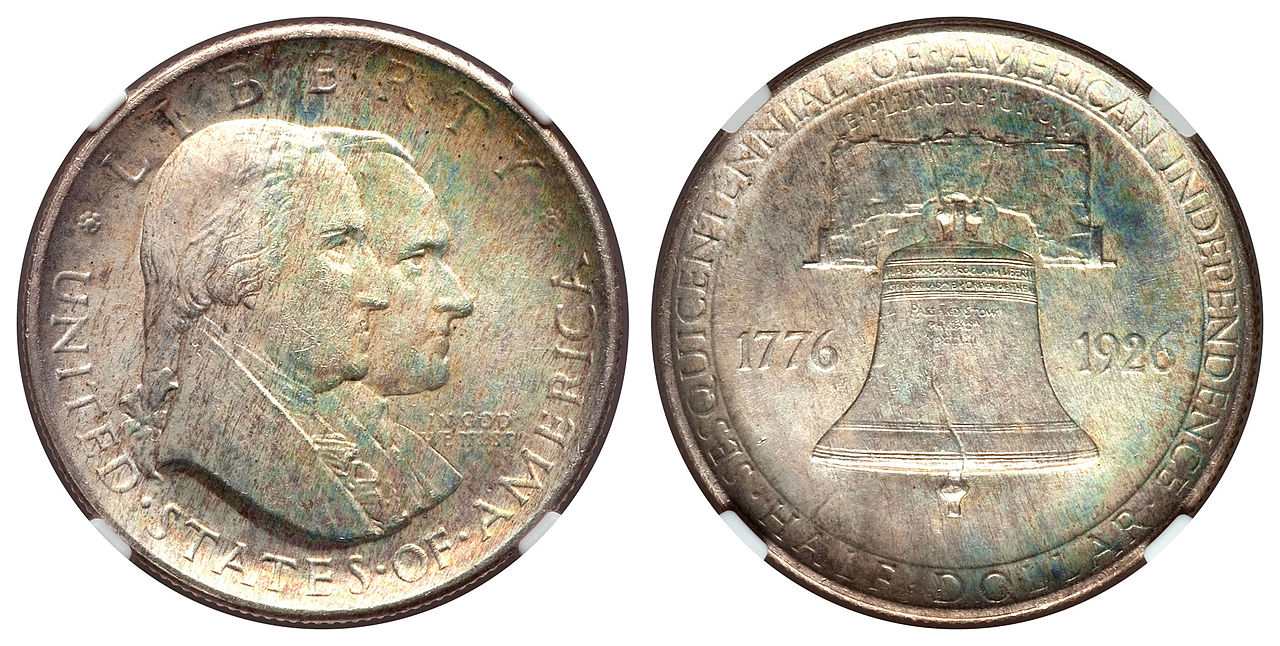 Given these past issues for the bicentennial of Independence Day, what coins or medals can we expect in the future? The sestercentennial will likely have fewer issues than the tricentennial, and will probably include the issuance of a special half dollar for the occasion, given the release of the 1926 American Sesquicentennial half dollar a century ago. Since the U.S. president at the time was Calvin Coolidge, he was depicted on the Sesquicentennial half dollar, but this practice is unlikely to occur again due to public complaints in the past. Furthermore, it is also unlikely that Congress, which legislates commemorative coin programs, would be able to pass a bill that honors any particular modern president given the strong partisan divides that currently form a rift through American politics. As for the tricentennial, we can expect a variety of new issues and sets to accompany such a momentous occasion. However, with the tricentennial still 57 years away, we should instead focus on lighting up some fireworks and enjoying good company this Thursday.