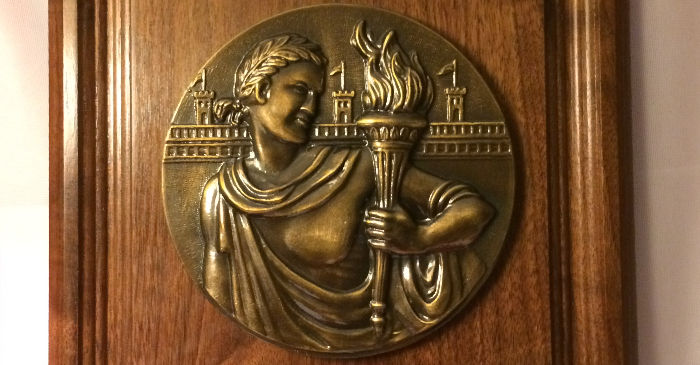 I remember first reading about these awards when I was a young collector back in the 1980s. About 400 ambassadors total have been named since 1974 when Krause Publications and Numismatic News bestowed the first such recognition. Florida United Numismatists took over the administration of the awards with the 2015 nomination and election cycle.

Anyone can nominate a numismatist to receive the ambassadorship, and in recent years I’ve been pleased to fill out forms recommending friends and colleagues. I had no idea someone nominated me for 2017. “Thank you” to whoever that was! And thanks also to the body of current ambassadors, who voted to approve my membership in their ranks. This recognition is especially significant to me because I know each of my five 2017 co-awardees personally. I’m proud to have worked closely with most of them on many numismatic projects over the years.

I remember meeting the father-and-daughter team of Steve and Ray Feller in Memphis at the Authors Forum of the International Paper Money Show in 2009. Fred Reed and I were there giving a presentation on Reed’s new book, Abraham Lincoln: The Image of His Greatness. The Fellers were discussing the subject of their recent book on the civilian camp money of World War II, Silent Witnesses. Even back then they were well known and very active in the hobby community, and it was an honor to meet them. Of course, since then Steve and Ray have continued to add to their list of contributions to numismatics, writing, speaking, and organizing for many clubs. 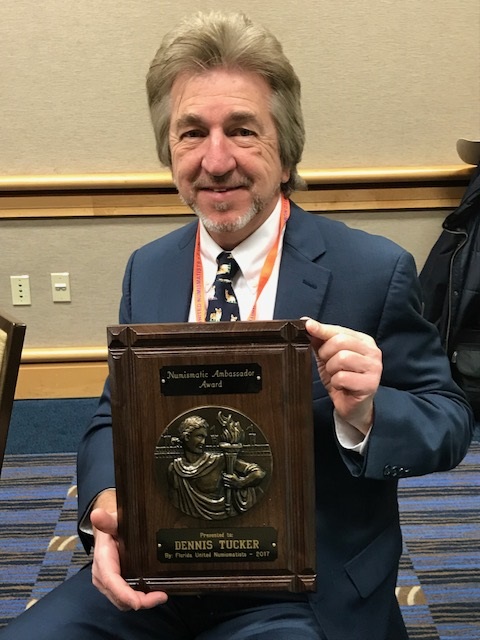 Bradley Karoleff has been a pricing contributor to the Guide Book of United States Coins far longer than I’ve been the book’s publisher. We’re very grateful in particular for his expertise in valuing early Philadelphia Mint coinage. Brad is noted for his volunteer work throughout the hobby and for his articles and columns in Coin World and elsewhere. He’s one of those numismatic personalities whose name you always see in print and whose face you always see on the bourse as he goes from event to event, teaching, running club meetings, volunteering as a charity auctioneer, always sharing his enthusiasm with great energy and good humor.


Tom Mulvaney worked for Whitman Publishing for several years as our principal numismatic photographer. He contributed to Whitman books including the Red Book and Blue Book, various Bowers Series titles, the Encyclopedia of United States Gold Coins, 1795–1933, and many others. You can’t have a conversation about coin photography without Tom’s name coming up, usually right off the bat. And chances are if you’re looking at a beautiful, perfectly photographed coin, it was shot either by Tom himself or by someone he’s mentored or inspired. To the great benefit of the hobby, Tom Mulvaney doesn’t hide his light under a bushel—he shares his talent and expertise and has nurtured new generations of coin photographers by teaching at the ANA Summer Seminar. Thomas Uram, like every other Numismatic Ambassador, is very active and does a lot of heavy lifting in the hobby. He currently serves as a governor of the American Numismatic Association, and as president of PAN (the Pennsylvania Association of Numismatists). I was appointed to the U.S. Treasury Department’s Citizens Coinage Advisory Committee in 2016, and by that time Tom had already been on the committee for several years. I’m grateful for the insight and analysis he brings to that role. He’s also been well known for many years as a numismatic speaker, publications editor, show exhibitor, and club officer. Tom Uram is one of those remarkable rarities that the hobby needs more of: an “idea man” who encourages others and actually gets things done.

The 2017 Numismatic Ambassador Awards were presented at a breakfast ceremony at the FUN Show in Tampa, Saturday, January 6, 2018. With the Red Book and other important deadlines on the horizon for Whitman Publishing, I wasn’t able to get away to Florida to attend the convention. I regret missing the opportunity to be there and congratulate my fellow Ambassadors in person! I imagine they all feel as proud and as inspired as I do. To me, the recognition is a heartwarming honor, but it’s also a call to further action. A Numismatic Ambassador is a person who energetically represents and promotes the hobby, both inside and outside our community. We do it because we love numismatics. We’ve been recognized for the work we do—and now we have a job to keep doing!

Q&A: Do Mercury and Roosevelt dimes display references to paganism and Joseph Stalin?