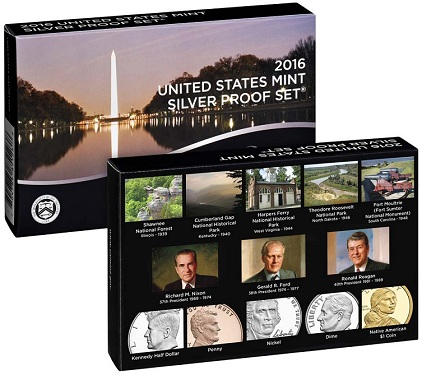 The U.S. Mint is now taking orders for the 2016 U.S. Mint Silver Proof Set, which includes 13 Proof coins struck at the San Francisco Mint, seven of which are composed of 90% silver and 10% copper. No production limits or sales restrictions have been established for this item.

Priced at $52.95, this year’s set costs one dollar less than last year’s issue. This is because the Presidential $1 coin program is about to conclude and there are only three, rather than the usual four, 2016 releases in the series. The coins included in the set are listed below, divided into silver and clad coins. 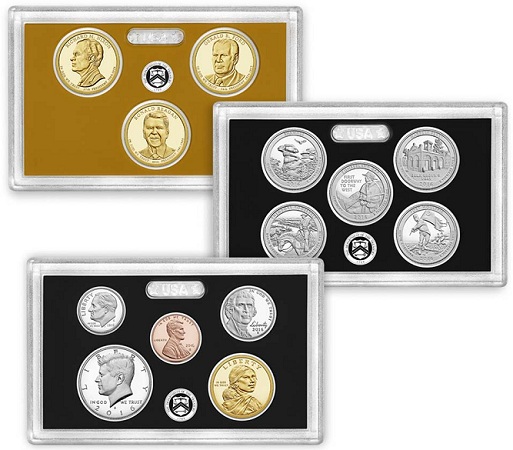 Many of the coins in this set first appeared earlier this year in other Mint products, but this is the first time collectors have had access to the silver versions of the 2016 Roosevelt dime and the 2016 Kennedy half dollar.

The coins are encapsulated in a clear plastic case that protects their Proof finishes while making it easy to examine their obverses and reverses. A certificate of authenticity is also included. For more information on the 2016 U.S. Mint Silver Proof Set, please visit the Mint’s Web site.