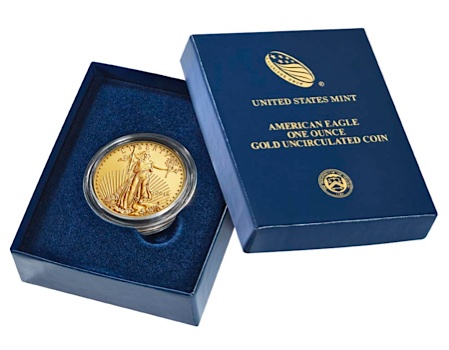 The U.S. Mint is now accepting orders for the 2016 American Eagle One-Ounce Gold Uncirculated Coin, which is composed of one troy ounce of 22-karat gold and, unlike bullion issues of the coin, carries a West Point mint mark. The product packaging contains a certificate of authenticity; no mintage limit or household order limit has been established.

This item is currently available for $1,525, though its price is tied to the market value of gold and is subject to change per the Mint’s pricing system. Gold has climbed to $1,242.10 an ounce today, April 7, and the cost of the 2016 Gold Eagle Uncirculated Coin will remain unchanged as long as the value of an ounce of gold stays between $1,200.00 and $1,249.99. 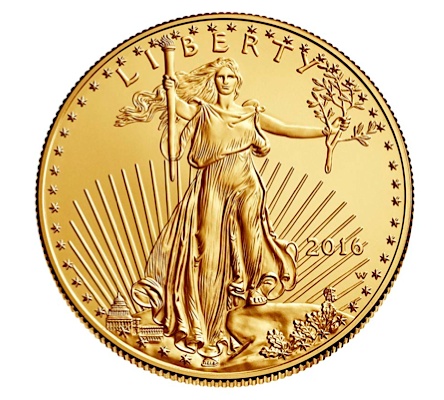 The Gold Eagle obverse features a classic design by Augustus Saint Gaudens, originally featured on double eagles from 1907 to 1933. The figure of Liberty holds a torch and an olive branch, with sun rays and a depiction of the U.S. Capitol building included in the background. Fifty stars are placed along the rim of the coin, with LIBERTY, 2016, and the West Point Mint’s “W” mint mark inscribed amidst the other design elements.

Miley Busiek designed the reverse, which features a family of eagles. Inscribed in the field are UNITED STATES OF AMERICA, E PLURIBUS UNUM, IN GOD WE TRUST, 1 OZ. FINE GOLD and 50 DOLLARS. 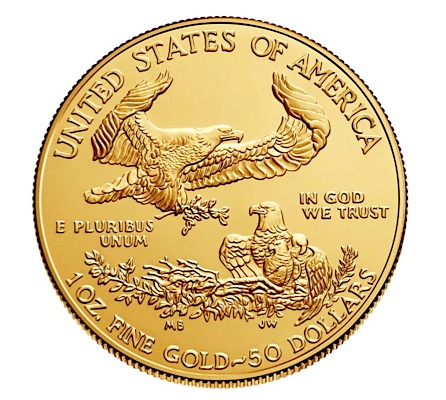 Last year’s American Eagle Gold Uncirculated Coin was discontinued by the Mint this week, meaning its final mintage will be 6,533 pieces, unless the Mint makes a last-minute correction on the next sales report. This represents a 17% decrease from the 2014 issue’s 7902-unit total, owing in part to the limited availability of the 2015-dated coin.