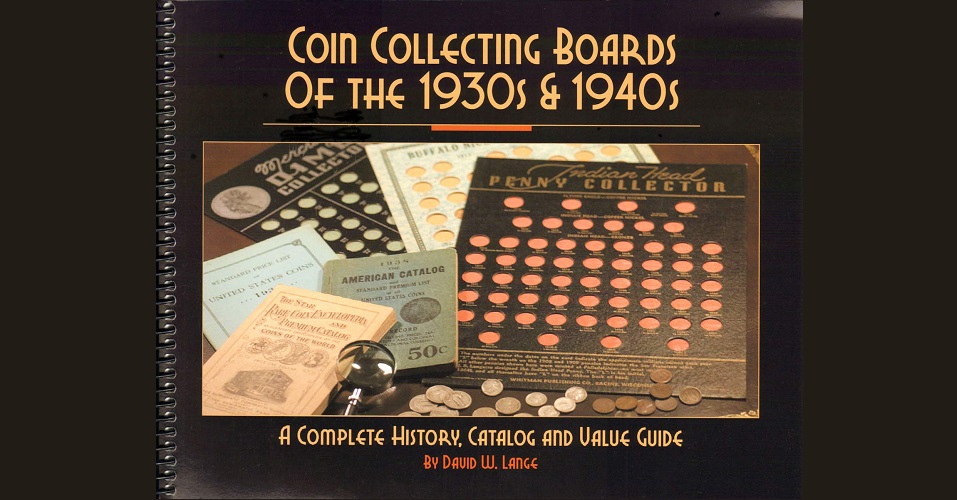 David W. Lange is the director of research for Numismatic Guaranty Company (NGC), and well known in the hobby community for his writing. Hover to zoom.

In 2007, a numismatic classic was published: Coin Collecting Boards of the 1930s & 1940s: A Complete History, Catalog and Value Guide, by David W. Lange, Pennyboard Press.

If you know Lange and his work, you won’t be surprised that his book is an amazing piece of scholarship. 15 years later it remains the standard reference on the subject of coin collecting boards. 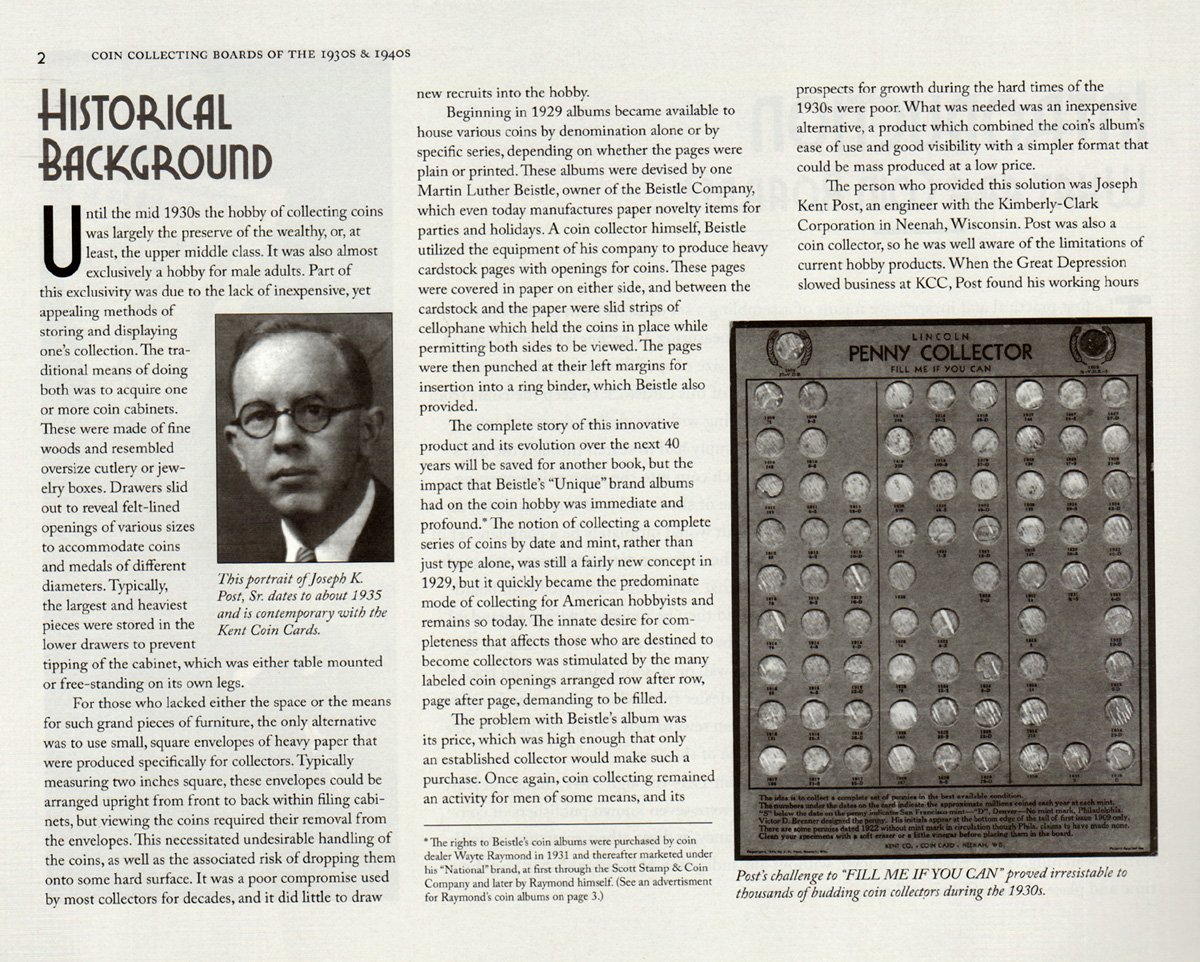 The award-winning author of about a dozen books on U.S. coins and related subjects, Lange also pens a column for the American Numismatic Association’s magazine, The Numismatist. (Pictured: Page 2 of Coin Collecting Boards of the 1930s & 1940s.)

A collector himself, Lange has gathered up a thousand strings and woven them into an engaging history of these previously unsung products—sturdy and colorful fabric in the tapestry of modern coin collecting. He tells the stories of the companies, publishers, personalities, dealers, marketing mavens, journalists, and everyday collectors who fueled a multi-million-dollar business during the Great Depression. Coin boards took numismatics out of the exclusive domain of the wealthy and leisured (people who could afford an expensive piece of non-essential furniture like a coin cabinet), and brought the hobby to the living rooms and kitchen tables of workaday America. 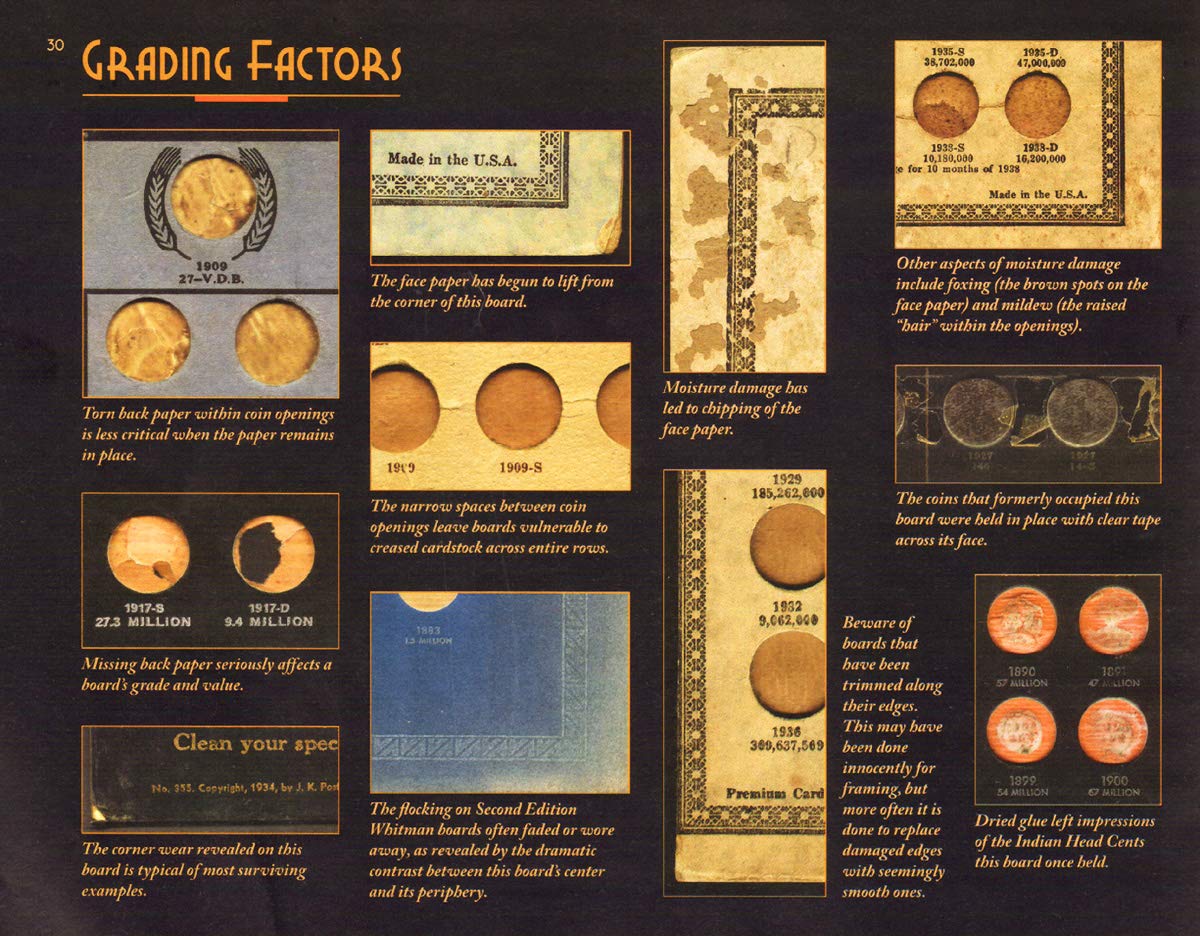 Fans of Whitman Publishing’s “Bowers Series” know Lange as the author of volume 4 in that collection, A Guide Book of Modern U.S. Proof Coin Sets. (Pictured: Page 30 of Coin Collecting Boards of the 1930s & 1940s.)

Coin Collecting Boards of the 1930s & 1940s is written with Lange’s signature style, a combination of the best instincts of the journalist, the historian, and the technician. He makes heavy-duty research look easy—a rare talent—and tells a good story while sharing large amounts of information. 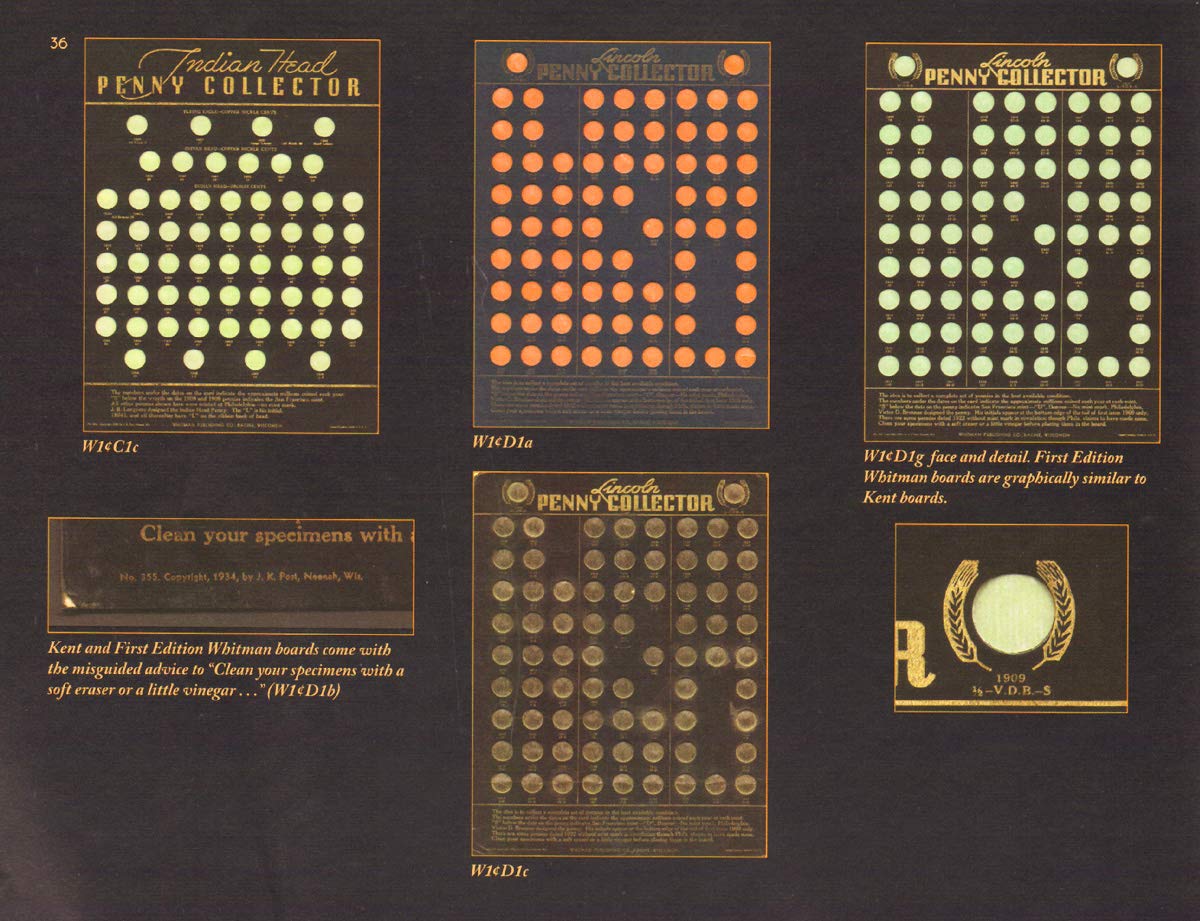 Lange is a member of the Rittenhouse Society, a group formed in the 1950s by and for numismatic researchers and writers. (Pictured: Page 36 of Coin Collecting Boards of the 1930s & 1940s.)

The subject matter in the hands of a less gifted writer and researcher might have come off dry and dusty. Lange brings it to life, backed up by primary documents, first-person interviews and anecdotes, and a wealth of vintage and modern photographs, illustrations, and newspaper clippings. There’s much to learn here, and Lange is a good teacher. 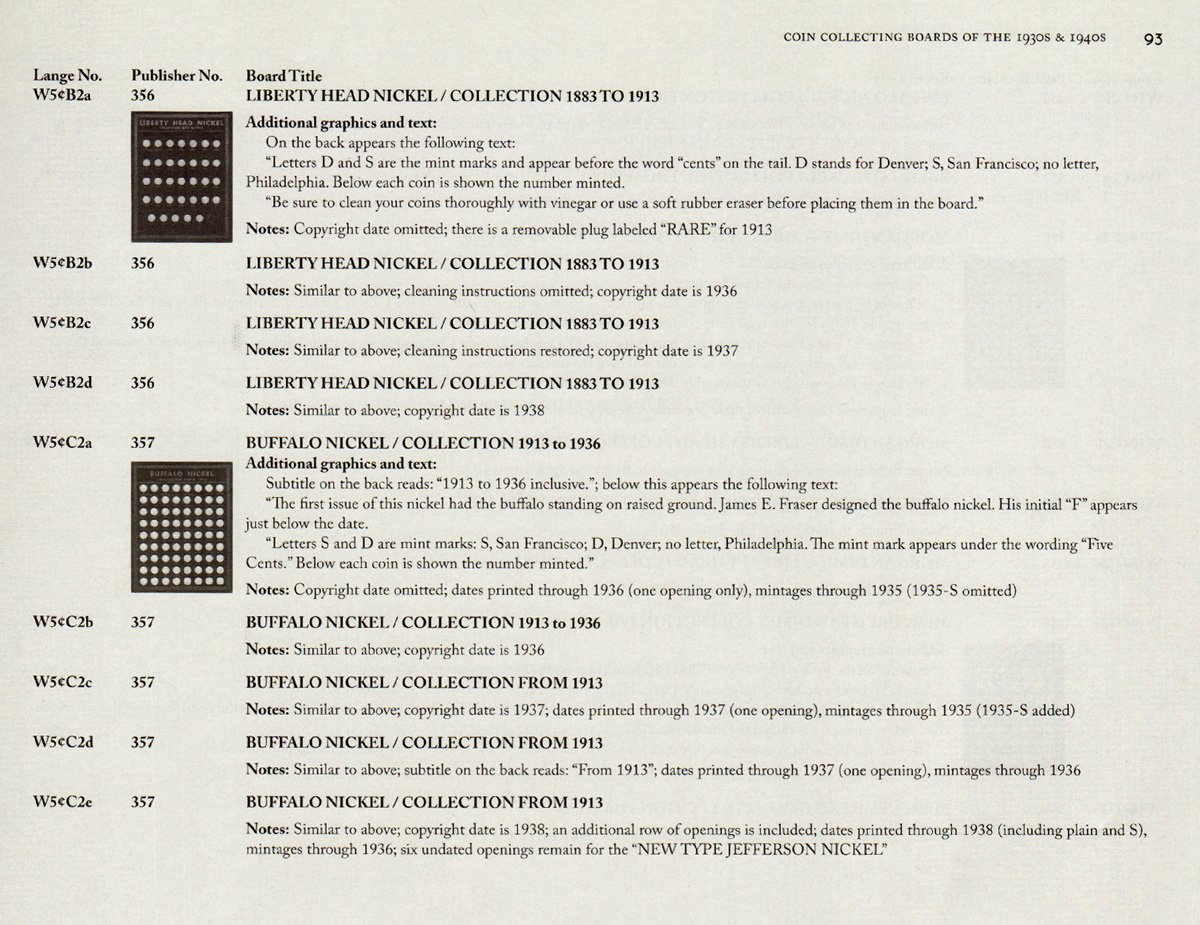 The American Numismatic Association and the Numismatic Literary Guild both count David W. Lange as a life member. (Pictured: Page 93 of Coin Collecting Boards of the 1930s & 1940s.)

Mary Jo Meade’s clean and stylish design is a strong partner in the book’s high quality. Meade, who was the research assistant and graphic designer for Lange’s popular History of the United States Mint and Its Coinage, delivered another beautiful composition in Coin Collecting Boards of the 1930s & 1940s. Her choice of fonts and ornaments lures the reader back in time without being cliched or kitschy, and the page layouts are balanced and inviting. 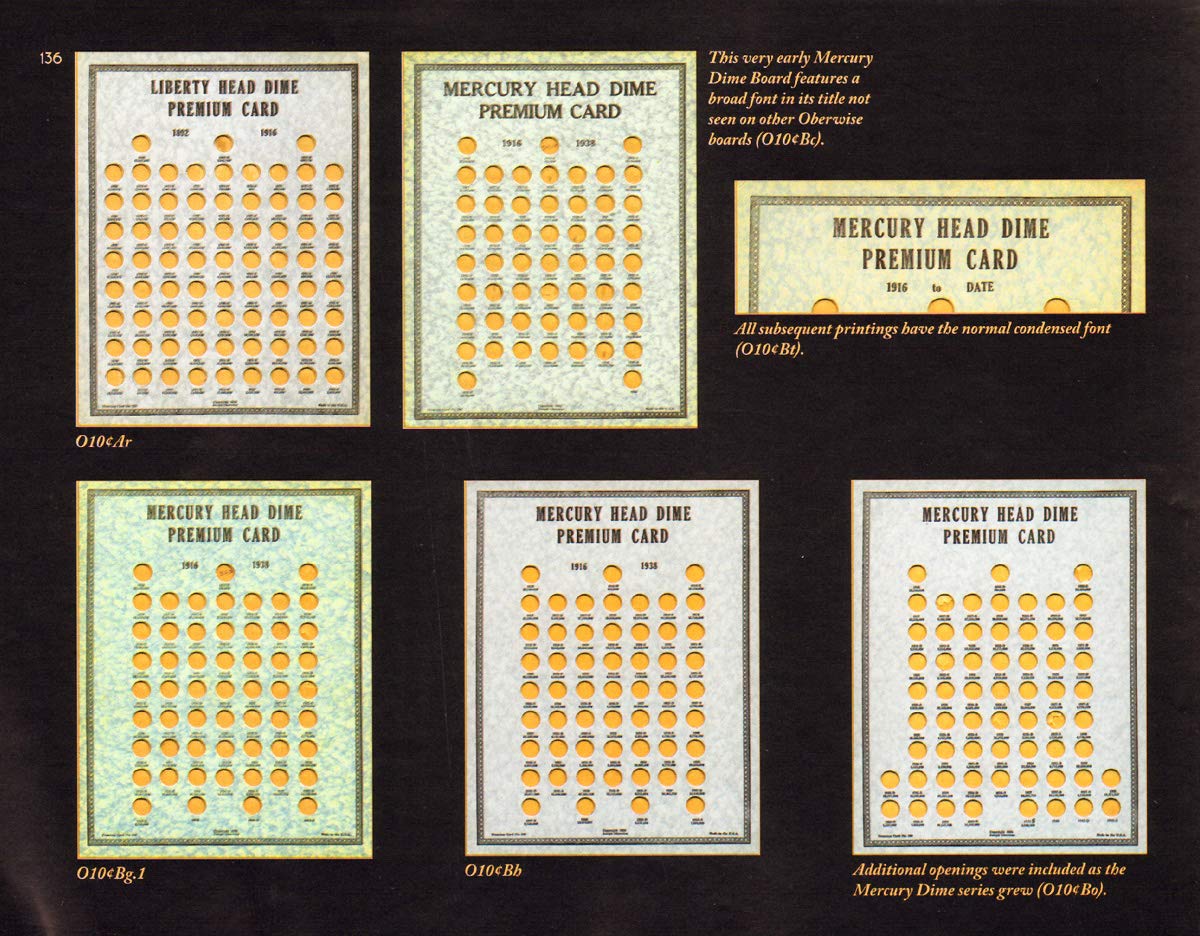 A foreword by David Sundman of Littleton Coin Company and a preface by the author comprise the front matter, along with a page of acknowledgments that shows the depth of his research. The introduction explores the historical background and legacy of coin boards. A chapter discusses why coin boards deserve our attention as collectibles, as well as grading, storage, and other aspects of collecting. The book features profiles and sidebars on vendor stamps, the Manthei Collection, J.K. Post, R.S. Yeoman, L.W. Schnelling, the Great Depression, the Ritterbrands, the Trenton Saving Fund Society, and other important topics. 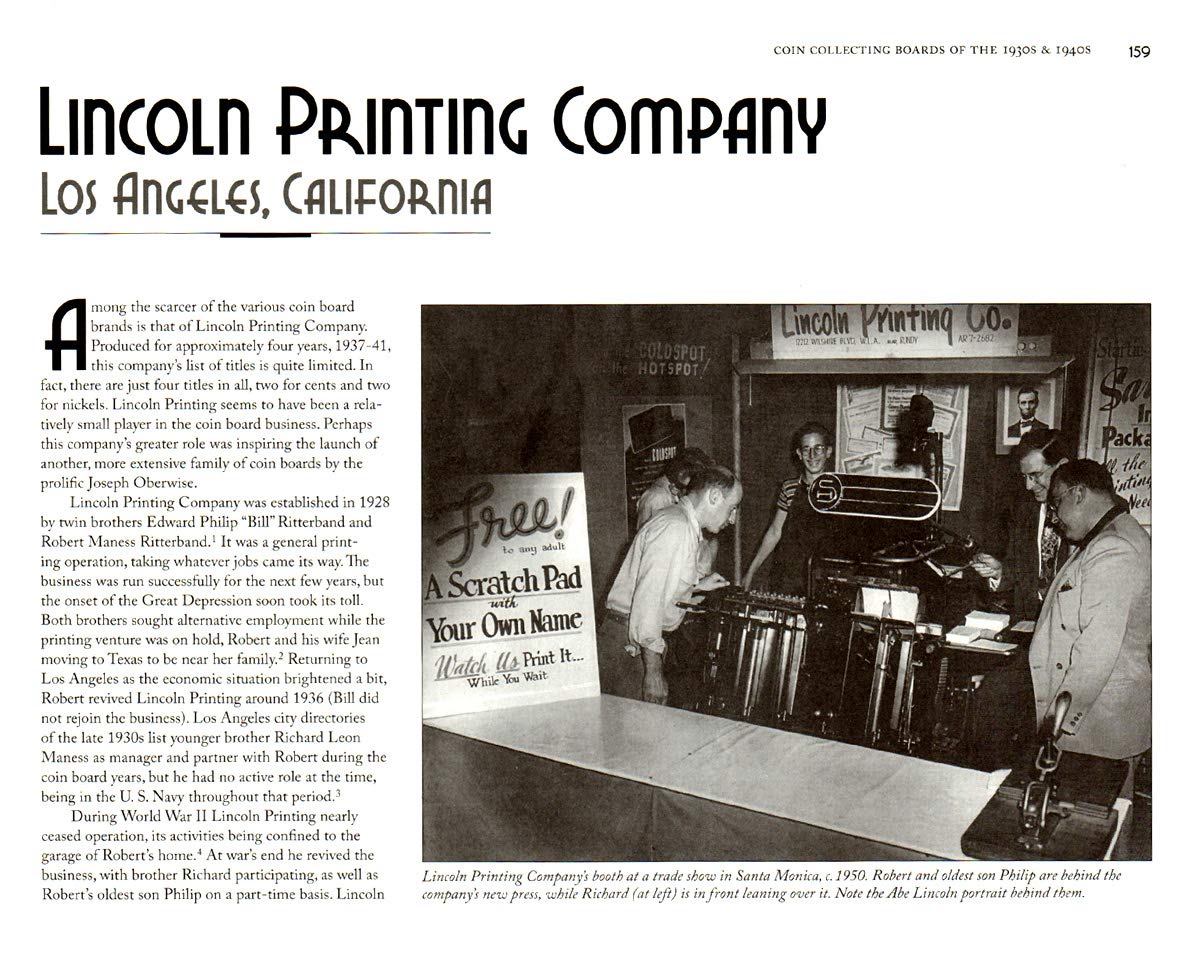 The board-by-board section makes up the “Catalog and Value Guide” of the book’s subtitle. It offers a detailed study of each type and variety of board published in the decades covered, plus mavericks and select moderns. Each is cataloged by Lange Number. Values are given for four grade levels, and it’s rounded out by a handy checklist for the collector.

The book’s back matter includes a bibliography, image credits, and a select index.

Overall Coin Collecting Boards of the 1930s & 1940s is a fun, finely detailed, attractively packaged, and interesting book that serves both the casual reader and the enthusiastic collector. It appeals to anyone interested in the people and products of a classic boom era in American numismatics. With it, David W. Lange has made a wonderful contribution to the hobby’s literature. He’s been very active in the years since this monumental publication, and has since written three books on coin albums (including those of Whitman.) In addition, he issues a free quarterly newsletter, Coin Board News, and maintains a website.

Bowers on Collecting: The rare and popular 1804 large cent

From the Colonel’s Desk: The marvelous fortune of Glasgow’s “Uncle Steve” Landrum