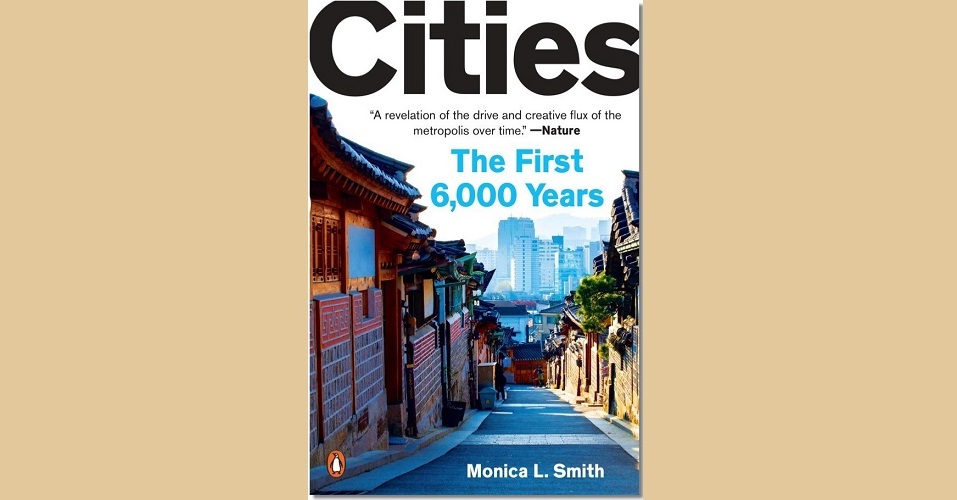 The other day I was reading Monica L. Smith’s Cities: The First 6,000 Years. Dr. Smith is a professor in the Department of Anthropology at UCLA, and director of the South Asian Archaeology Laboratory at the university’s Cotsen Institute of Archaeology. Her book is, as Science magazine puts it, “a compelling journey from city life in ancient urban centers to the present and beyond.”

Smith observes that there were no cities on Earth six thousand years ago, but today more than half of the planet’s population (and growing) lives in urban areas. She uses archaeology, history, and contemporary observations to explore why cities began and how they’ve become “inescapable and resilient.”

I was drawn to chapter 7, “The Harmony of Consumption,” where Smith talks about industry, waste, consumers, and money. She notes how, in archaeological museums, “nearly everything we see is beautiful.” However, she writes, “As an archaeologist, I can assure you that there are plenty of ugly artifacts.” She discusses the bevel-rim bowls of Mesopotamia, “the ancient equivalent of a polystyrene cup, manufactured by the millions, made to be used maybe once or twice and then discarded en masse.” She describes the economies of the early cities of Mesopotamia as “massive quantities of transactions upheld by barter” in a time predating coinage. Instead of a modern concept of money, urban economies relied on “barter, credit, delayed reciprocity, and social ties among producers, distributors, and consumers.” Meanwhile, being able to eat meals quickly distributed in cheap, disposable clay bowls allowed city laborers to focus on working rather than tending farms and growing their own lunch. This, of course, sounds a lot like today’s fast food and grocery stores.

In a section titled “Where Did All the Money Go?” Smith delves into the history of economics. “We might think that coinage came first and that abstract debt instruments such as bills of lading and credits cards and bank loans came later,” she writes. “But it’s actually the reverse, because the idea of debt and repayment was in existence long before the development of coined money.” Reciprocity, at first sealed with words and a handshake, later was put down in writing and then in durable physical symbols of value, such as coins and paper currency.

Smith discusses the development of cash in Europe and Asia, its spread throughout networks of urbanism (like ports and trade routes), its use in commerce, its propaganda value, and other aspects of coins in particular. She lays out some interesting ways coins made new opportunities not just for merchants and priests, for example, but also for beggars, with panhandling as “a job option and economic niche within the urban realm.” She describes coinage as revolutionary—”After it was invented, it became a concept and a substance that people couldn’t live without, like writing, clocks, and, as we can now add, broadband internet.” 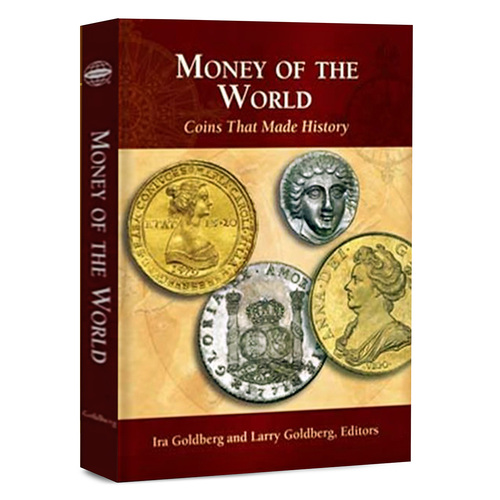 We expect to find old coins in books like Money of the World. Sometimes we find them in unexpected volumes.

It was delightful to find this exploration of coins in an otherwise non-numismatic book. We expect to read about coins, commerce, international trade, banking, and other money topics in, for example, Money of the World: Coins That Made History, or Milestone Coins: A Pageant of the World’s Most Significant and Popular Money. For a collector, finding old coins in a book about cities is like finding a twenty-dollar bill tucked into a sweater pocket.

Notes Published: It’s a good time to be a writer in antiques and collectibles