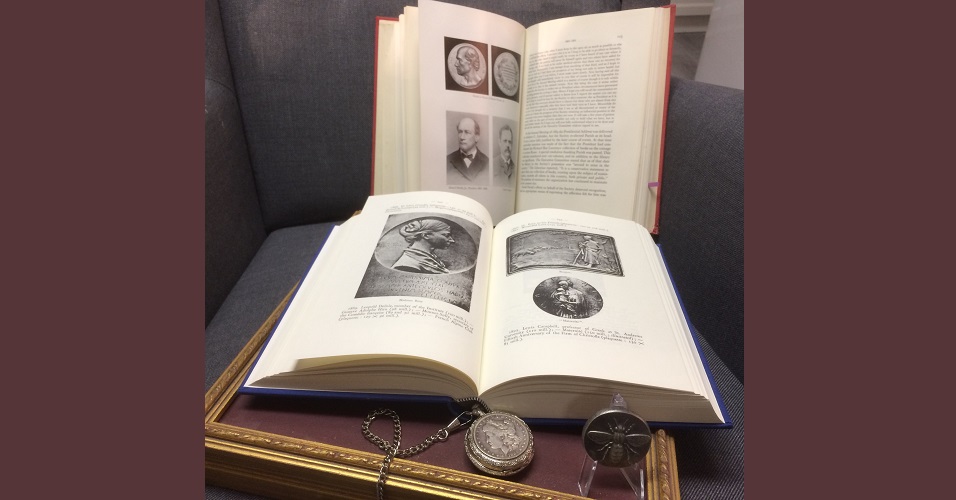 Collectors are drawn to old numismatic books and periodicals, just as they’re enchanted by coins themselves. Hover to zoom.

As robust as the world of modern American numismatic publishing is, it’s good to take a look backward from time to time.

Numismatists love to study and collect the hobby’s foundational books, auction catalogs, and periodicals of the 19th century. There’s an entire “industry” (if that’s the right word) devoted to buying, selling, and preserving these and similar objects of numismatic history. 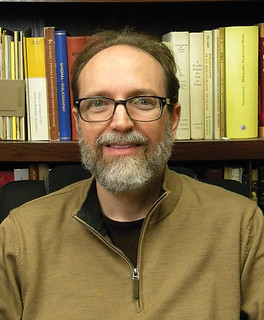 David Fanning ran his first numismatic-book advertisement even before he finished high school—in May 1988, in the Early American Coppers publication Penny-Wise. He earned a PhD in 2003 and today is a member of the Rittenhouse Society, and one-half of Kolbe & Fanning Numismatic Booksellers.

10 years ago, bibliophile David Fanning—since 2010 one-half of the rare-book firm of Kolbe & Fanning Numismatic Booksellers—wrote an engaging article for the March 2012 issue of The Numismatist (the journal of the American Numismatic Association).

In “Top 10 American Numismatic Books of the 19th Century,” Fanning says that “Important works continue to inform and teach today’s collectors.” He observes that in the 1850s, when the hobby of coin collecting was first beginning to flourish in America, there was only a small number of books on coins, medals, and paper money. “Much of what was available was aimed more at merchants, economists, and government personnel,” he notes. This changed as the hobby continued to grow, and by the end of the 1800s “the savvy collector could have built a sizable library.”

Today, Fanning says, “Even a casual collector on a modest budget can fill an entire bookshelf with useful numismatic literature in surprisingly little time.”

His Numismatist article covers 10 publications of the 19th century that are considered numismatic classics today. Every collector who engages in conversations and explores the hobby to any depth will eventually hear these titles come up—books like Sylvester S. Crosby’s The Early Coins of America (1875) and the Catalogue of John W. Haseltine’s Type Table of U.S. Dollars, Half Dollars & Quarter Dollars (1881), and the periodical American Journal of Numismatics (started 1866) of the American Numismatic Society.

In a November 2015 interview with Coin World editor-at-large Steve Roach, Fanning opined on the future of numismatic literature collecting. “I think future collectors will have a more sophisticated appreciation of the physical aspects of the book as artifact, and will continue to have a strong regard for the history of our hobby,” he said. “As numismatists, we’re all interested in history to one degree or another. Our customers tend more strongly to be historically minded, and I think this aspect will grow as the internet continues to grow as a repository for information.”

To read David Fanning’s thoughts on the “Top 10 American Numismatic Books of the 19th Century,” visit the Kolbe & Fanning website.

Bowers on Collecting: Which media delivers the message best?