I recently returned from a family vacation in Bulgaria and wanted to provide some observations and experiences related to their coins and currency.

The unit of currency in Bulgaria is the lev, which is divided into 100 stotinki. The current exchange rate is 1.37 lev = 1 U.S. Dollar. While in the country, we converted our U.S. dollars at 1.35 lev for local spending. 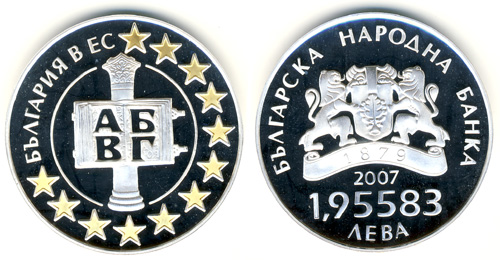 The value of the lev is fixed to the euro at a rate of 1.95583 leva = 1 euro. The Bulgarian National Bank has issued two commemorative coins with a face value of 1.95583. The first coin released in 2005 was to mark the signing of the EU accession treaty. The second coin was released in 2007 when Bulgaria was granted the right to be represented in front of the European Commission.

Bulgaria has set itself a target date of January 1, 2015 to join the eurozone, at which point the lev would be replaced by the euro.

Coins and Currency in Circulation 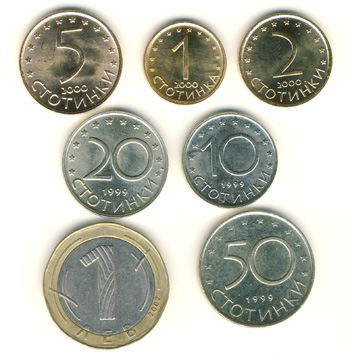 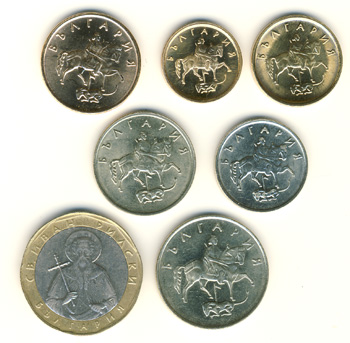 In day to day transactions, I found that the 1, 2, and 5 stotinki coins were infrequently used. In villages and smaller towns, goods were priced at 10 stotinki intervals and the coins were not necessary. The few low denomination coins that I did receive were from larger stores in the cities where more precise pricing intervals were used. The 1 and 2 stotinki coins that I received were all uncirculated, attesting to their infrequent use.

I found little trouble adjusting to the use of 1 lev coins instead of banknotes. At any one time, I usually had one or two in my pocket. The number was kept low since I spent the coins as frequently as I received them. Also, the use of the 2 lev banknote avoided the situation of receiving a large number of 1 lev coins in change from any single transaction. 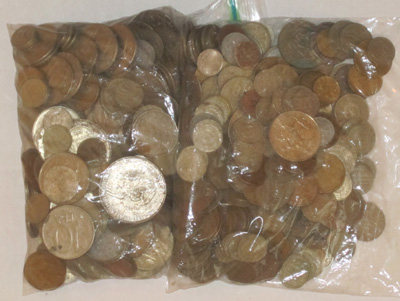 One day during the vacation, my wife came across a big bag of coins at a village flea market. She purchased the coins for me at a negotiated price of 18 leva. The group included probably more than a thousand coins, the majority being older Bulgarian coins from before the currency was redenominated. The lot also included a mixture of other coins from throughout Europe and a single 1971 Eisenhower Dollar.

Another day, we were walking around more of a tourist area and encountered some coins for sale at an antique store. The proprietor was trying to sell the coins at prices of 10 or 20 leva each. I recognized some of the coins as the same ones included in the lot of coins we had purchased a week earlier for mere stotinki.

When I last visited Bulgaria two years ago, I did not encounter any gold and silver bullion. When I asked a few people, they were uncertain where gold and silver might be available, or if it was available at all. 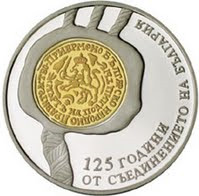 The Bulgarian National Bank is the central bank of Bulgaria, which is responsible for issuing all banknotes and coins in the country. The headquarters is in the capital Sofia.

I had hoped to visit the bank where the BNB Museum Collection is on display and some newly issued commemorative coins are available for sale. However, we were only in Sofia on the day of our arrival and departure, which occurred late at night and early in the morning. The rest of the trip was spent at locations several hours from the city, and I didn’t want to subject my 1 and 3-year old children to a long car trip.