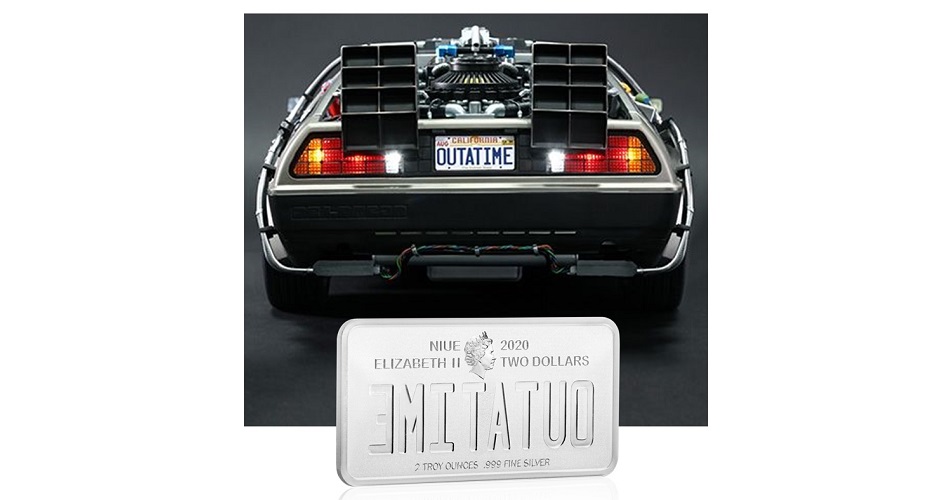 The government and treasury of Niue have released new, innovative rectangular coins in conjunction with the 35th anniversary of the release of one of the world’s most popular and exciting feature-length movies. It was back in 1985 when the time-travelling adventure Back to the Future was released to a worldwide audience and introduced an array of iconic 80’s merchandising. Starring popular television actor Michael J. Fox, who portrayed the character of Marty McFly, a high school student who accidentally travels back 30 years to 1955, it launched one of the most popular film franchises in history, becoming the most successful movie of 1985. 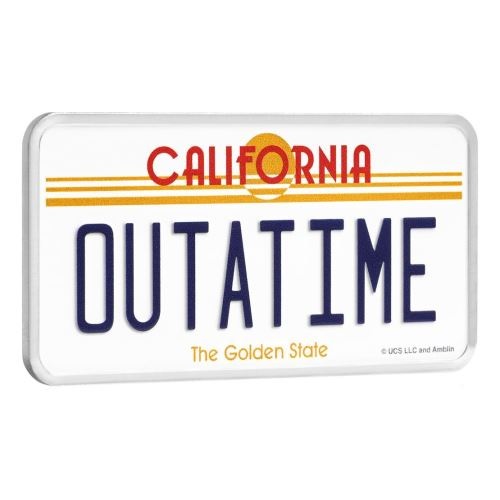 The Perth Mint produces the silver rectangular-shaped coins at their facilities in Western Australia, on behalf of the treasury of Niue. The rectangular coins include a faithful replica of the iconic white California OUTATIME license plate as seen on Doc Brown’s time machine, a modified DeLorean sports car powered by plutonium. The vanity license plate used in the film reads OUTATIME, referencing the task at hand, and a deliberate anomaly, as the maximum number of symbols on California plates is only seven characters in total. 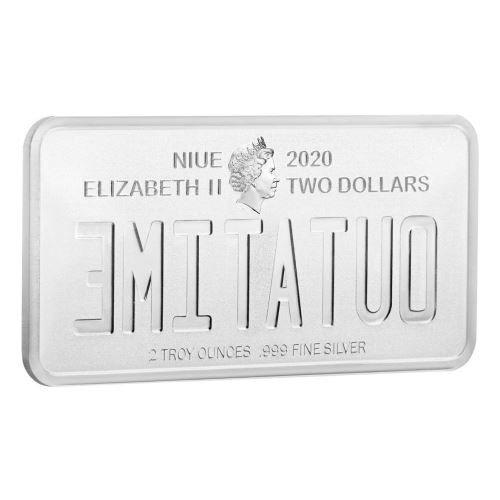 The obverse design cleverly replicates the opposite side of a genuine license plate, which is shown with pressed-in (or incused) lettering in reverse. An effigy of HM Queen Elizabeth II is placed at the top in the middle flanked by the text NIUE 2020 ELIZABETH II TWO DOLLARS. Below the incused lettering is the denotation of the coin’s weight and fineness. 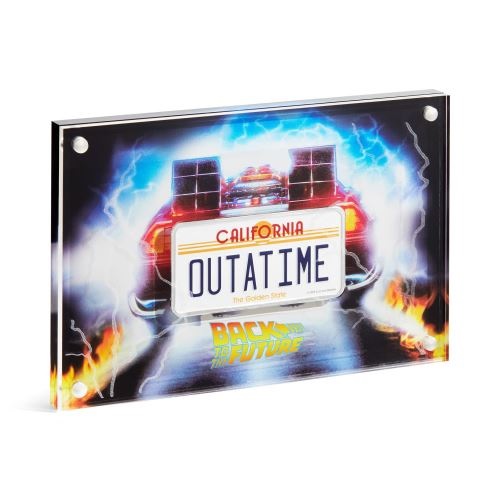 Accompanied by a numbered certificate of authenticity, each coin is presented in a display case portraying the rear side of the classic car and is carefully positioned as the number plate. For additional information about this coin and other coins issued by the treasury of Niue, please visit the website of the Perth Mint. Please note, this product has an issue limit of two per customer order.