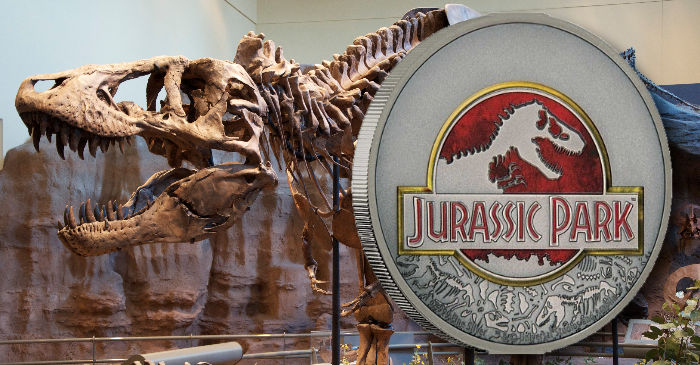 The treasury of Niue have issued (9th January) a new silver crown coin which is in celebration of the 25th anniversary of the release of the Hollywood blockbuster film Jurassic Park — a science fiction film which summarised what the ramifications would be on Earth if prehistoric dinosaurs were to come back to life. Directed by Hollywood legend Steven Spielberg, the movie was released in June 1993 and became an immediate hit with moviegoers and audiences worldwide.

The storyline follows the travels of paleontologists Alan Grant, Ellie Sattler, and mathematician Ian Malcolm who are among a select group chosen to tour an island theme park populated by dinosaurs that were created (or brought back to life) from prehistoric DNA. While the park’s mastermind, billionaire John Hammond, assures everyone that the facility is safe, they find out otherwise when various ferocious predators break free and go on the hunt. The franchise of Jurassic Park resulted in an array of promotional merchandise — including an actual park themed on the film’s premise.

Known as the Palmersaurus Dinosaur Park in Queensland, Australia, it was home to 160 animatronic dinosaurs that moved, blinked, roared, and looked very much like dinosaurs. Three more Jurassic Park sequels followed, with the latest chapter entitled Jurassic World: Fallen Kingdom, which is scheduled to be released on the 7th June 2018, in the United Kingdom and on the 22nd June 2018, in the United States. 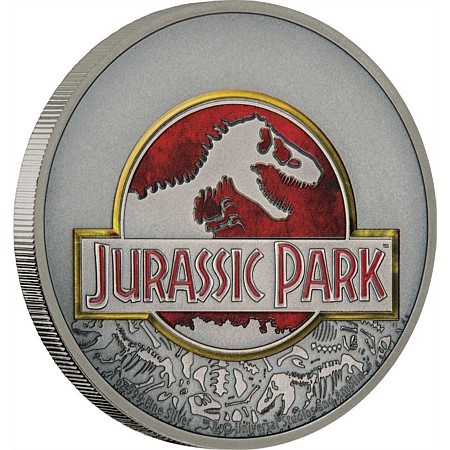 The coin is produced by the New Zealand Mint at their facilities in Auckland on behalf of the treasury of Niue. The reverse design features the highly memorable Jurassic Park logo and is licensed by Universal Studios. For dramatic effect, the coin is Antiqued and includes both a colour application and engraving. 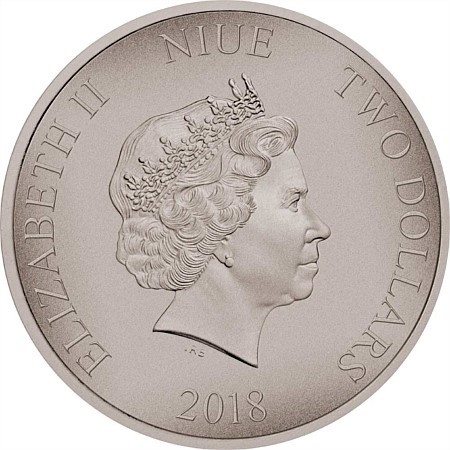 The obverse includes the Ian Rank-Broadley effigy of HM Queen Elizabeth II with the denomination of TWO DOLLARS and the year of issue 2018 — the latter of which is placed below the Queen’s portrait. 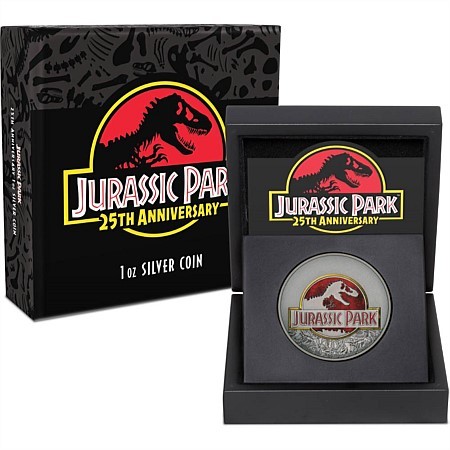 The one-ounce fine silver collector’s coin is presented in a specially designed 25th-anniversary box which also includes a uniquely numbered certificate of authenticity. For additional information on this and other coins issued by the treasury of Niue, please visit the website of the New Zealand Mint.